Book Review: Warships in the Age of Sail 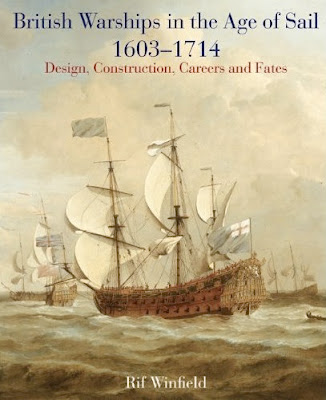 Two things I want to get out of the way right off the bat: I highly recommend this series, and it is not for everyone.

Rif Winfield has done a phenomenal job with the shockingly huge body of information collected into three series. The most well known and most relevant to my work is his British Warships in the Age of Sail. Winfield catalogs every warship of the British Royal Navy. This effort was broken up over four volumes: 1603-1714, 1714-1792, 1793-1817, and 1817-1873, all of which are currently published by Seaforth. 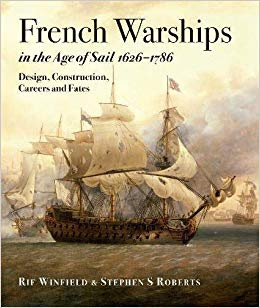 In his second series, Winfield was joined by Stephen S. Roberts to document French warships. Published by the Naval Institute Press, this series consists of two volumes: 1626-1786 and 1786-1862. The latest in this series is a volume on the Dutch navy, focusing on 1600-1714, and is the first in which Rif Winfield had no hand, being written by James Bender.

All of these books are of excellent quality, but are hyper focused. If you are expecting an narrative crammed with yardarm to yardarm sea battles, you'll be disappointed. These are strictly reference volumes, preceded by a brief history of the conflicts in which the warships took part, often reducing entire wars to a single paragraph. Each ship's tonnage, armament, designer, and sometimes a bit of extra information is described in a few short sentences before a rapid fire list of information on their career. These include where she served, what vessels were taken, and how she was decommissioned, captured, or lost.

Think of this as an encyclopedia of warships.

This is very useful to those of us who need a handy and quick reference to a variety of vessels. The citations plentiful, but require a bit of practice to master. Such a body work does not come cheap, and these are pretty pricey books. But if you need a set of top notch reference books to explore the careers of warships in the age of sail, there's really no better source.
Posted by Kyle Dalton at 12:13 PM