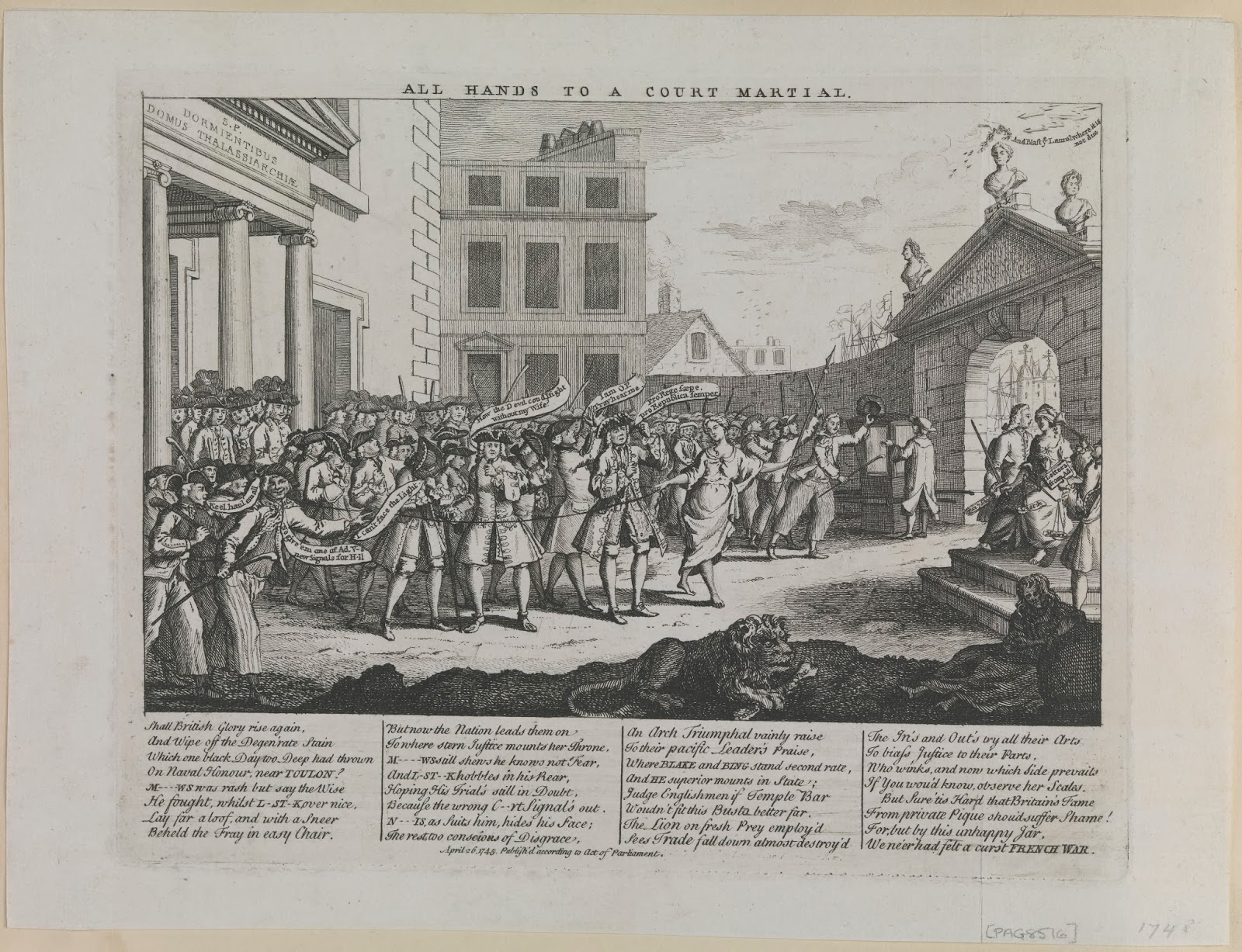 The catalog entry for this print on the National Maritime Museum's collections website is, as yet, incomplete. With a collection as massive as this, and an ongoing digitization project, it is understandable that this site has not yet filled in all the gaps. Unfortunately, I do not know what event or which people this cartoon is referring to. What I can say is that a group of gentleman (or perhaps naval officers) are being led by Britannia to the personification of Justice. The men fear their fate, and are goaded on by sailors to either side, who shout such encouraging phrases as "Keel haul 'em all!"

In the foreground and to the far left are a number of tars with cudgels, following the group of soon to be condemned men. The sailor who we see in the most detail is in the right of the group, with a reversed cocked hat, a dotted neckcloth, and striped trousers. He and all of his mates wear long jackets with notably long slash cuffs. Behind this jack is a lad wearing a cocked hat, dark neckcloth and short hair. To the left of him is another sailor, this one in a single breasted jacket trimmed in tape with waist pockets. He also wears a cocked hat, though this on is trimmed, and it is not entirely clear if he's wearing it cocked sideways or reversed. Unlike his mate, he wears a pair of plain white trousers. 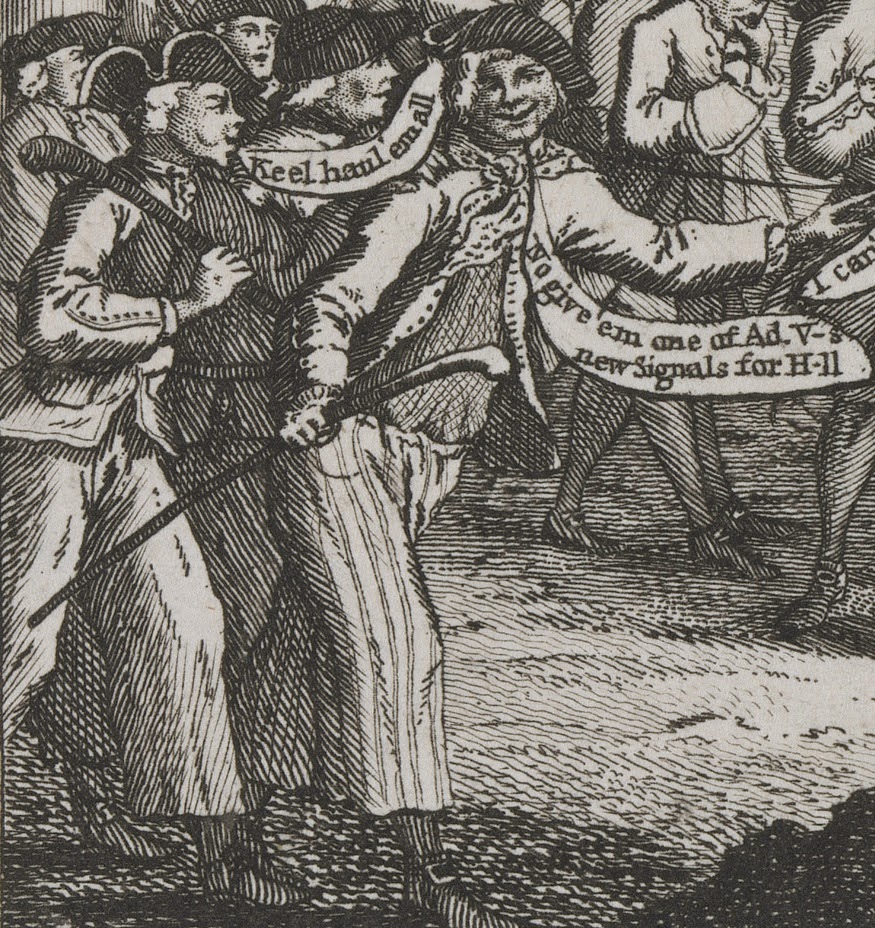 In the background and to the left of the gentlemen is another mess of jack tars. Leading them is a particularly enthusiastic mariner, waving his round hat and stick. He too wears a pair of plain trousers. Beside him is the rest of the crew, wearing much the same, though with less detail. The most notable of these is the sailor second from the right, who is turned just enough for us to see the three vents at the rear of his jacket.

Edit: See below for a great rundown of the political situation surrounding this print, courtesy of John Johnson
Posted by Kyle Dalton at 1:50 PM