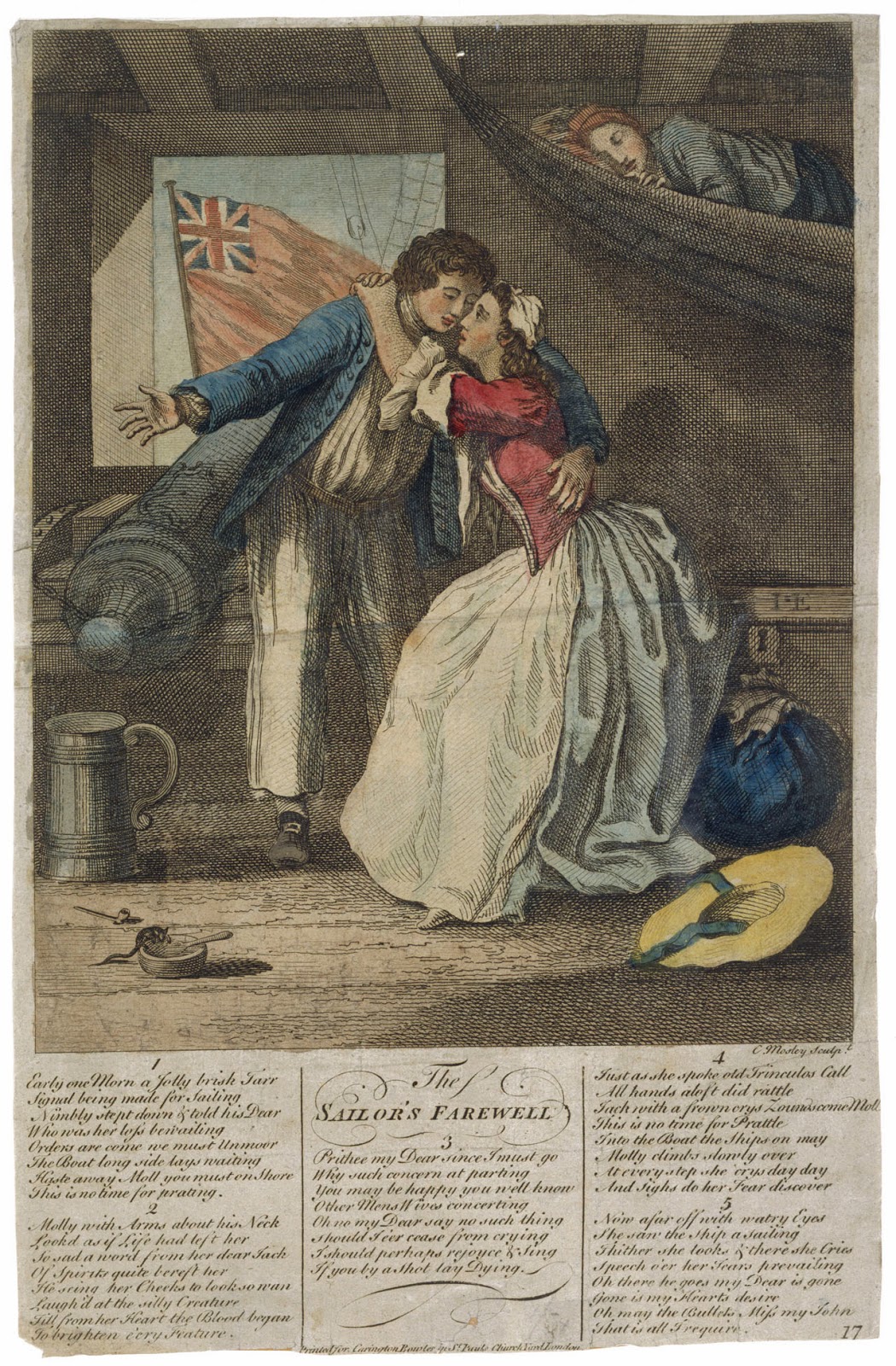 Mosley takes a stab at the sailor's farewell trope with this colorful print. The date is unknown, but Mosley was active in the mid eighteenth century. His more famous piece depicting the brawl on the Strand dates to the late 1740's, but this print was done by Carington Bowles, who continued to print for decades beyond. We can conclude that this print dates solidly within the period of our study, but it is difficult to say more than that.

In this print, a woman embraces a sailor who motions away, though his face is etched with sadness. Unlike many depictions of the sailor's farewell and sailor's return, this one does not take place on dry land, but aboard a vessel. The waving ensign beyond the window is accompanied by block and tackle and ratlines. Hanging above the couple is a sleeping sailor in a red headwrap or cap. 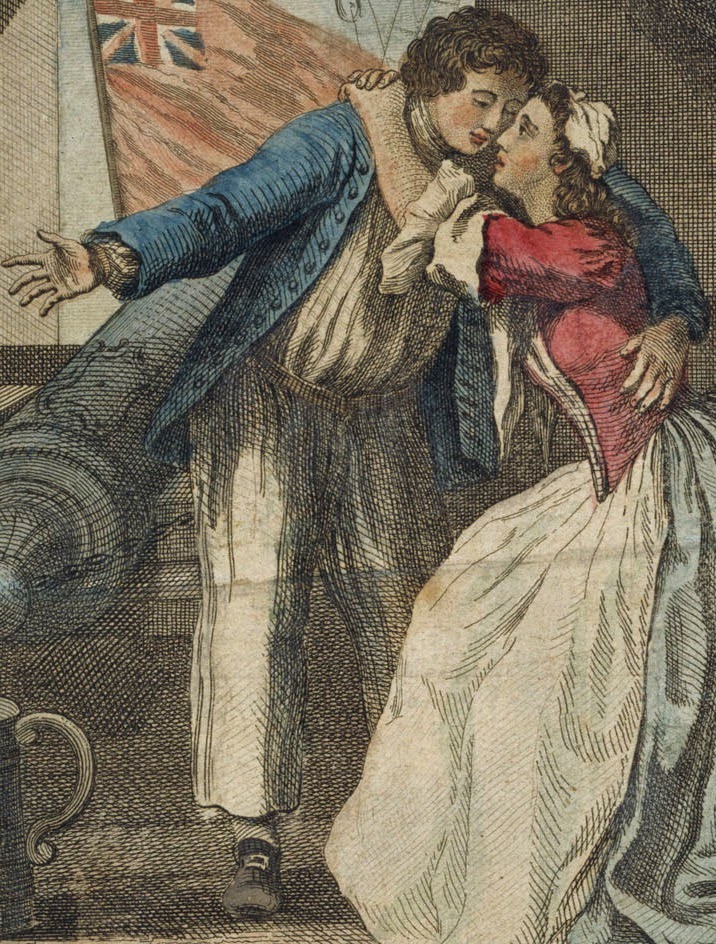 The sailor wears an older style of single breasted blue jacket, ending at the top of the thigh. It is unlined with narrowly spaced cloth covered buttons. He does not wear a waistcoat and his shirt is plain white. The white trousers at his waist are belted with a brown leather belt, and end above the ankles. 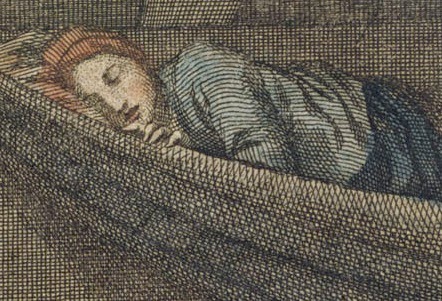 The figure in the hammock I presume to be a sailor. It looks that he is wearing a blue short jacket, a red workman's cap, and is otherwise beneath a dark blue blanket.

Think you can help us to narrow down the date? Leave us a comment and let me know!
Posted by Kyle Dalton at 10:17 PM