The departure of Captains Gore and King, accompanied by Major Behm, Governor of Kamschatka, c.1780 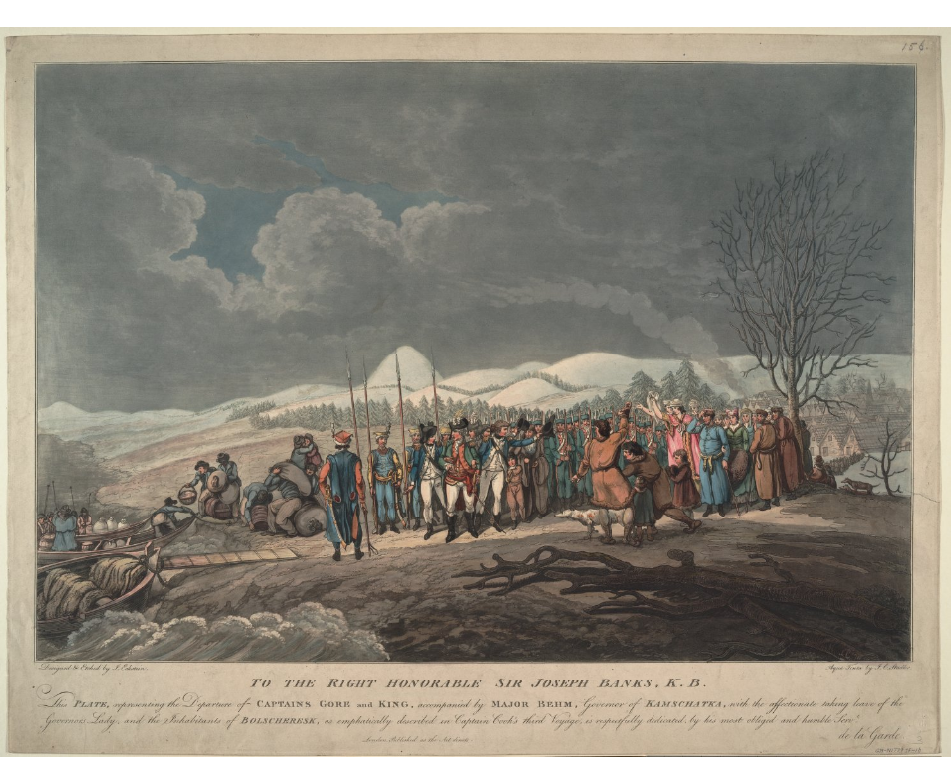 As one of a pair illustrated by Eckstein, these prints depict events that occurred in 1779, and were printed shortly thereafter. This piece depicts the continuing voyage of the Resolution following the death of the famous explorer Captain James Cook. The surviving officers of his crew were greeted by the Russians of Kamchatka and were given the aid and assistance that would allow them to complete their voyage.

To the far left of the frame are a small crew of sailors who are loading up the boats for the return to Resolution. 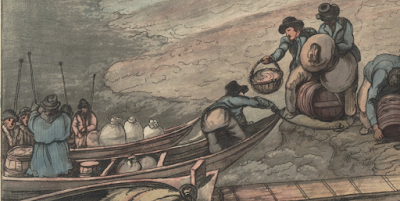 The boat crew wear blue jackets and close fitting white trousers with black round hats with tall cylindrical crowns. Standing at the bow of one of the boats is a man wearing trousers and what appears to be an apron. On the boats themselves, the tars are dressed for the remarkably cold weather. Long brown overcoats lined in fur are coupled with thick knit caps,  which may also be lined with fur. The figure amidships in the middle boat wears a long blue overcoat, the fabric of which is crossed with long, thin, vertical lines of slightly darker blue. It is also lined with fur. 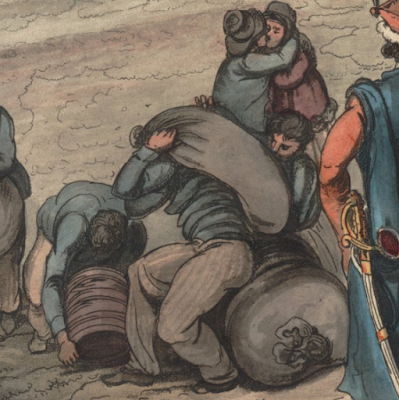 Manhandling the cargo are a few more tars. Tow of them appear hatless, but wearing the same blue jackets and close fitted white trousers as their mates. The man in the center wears striped trousers with faded, but thin vertical grey lines.

It is worth noting the man in the black round hat in the background embracing a Russian. It appears they are exchanging a kiss, though the precise nature of their relationship is not clear. I will leave that to experts on Russian culture of the eighteenth century, a field far beyond my reckoning!
Posted by Kyle Dalton at 8:59 AM