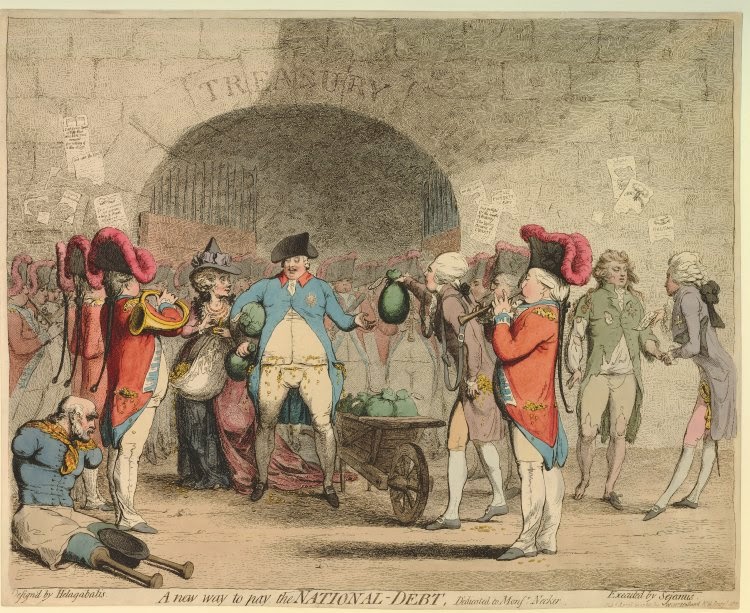 King George III, accompanied by Queen Charlotte, smiles broadly as money pours from his breeches. He is heralded by musicians who are likewise festooned with gold guineas, and a gentleman who offers a fat sack of cash. This is juxtaposed against a quadriplegic sailor who sits with his empty round hat between wooden legs. 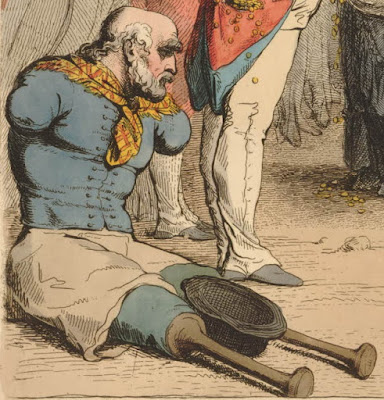 Unlike virtually every other sailor featured on this blog, this poor tarpaulin wears a beard. Beards were generally frowned upon in the eighteenth century, with the English in particular being opposed to any facial hair. The fact that this destitute man sports a full white beard is a testament to his helplessness.

The sailors wears a yellow and red plaid neckcloth over his double breasted blue jacket, which ends at his waist and sits over the plain pair of slops/petticoat trousers that cover his thighs. Blue breeches run down to his wooden legs.
Posted by Kyle Dalton at 8:00 AM