Drawing of a sailor, mid-18th Century 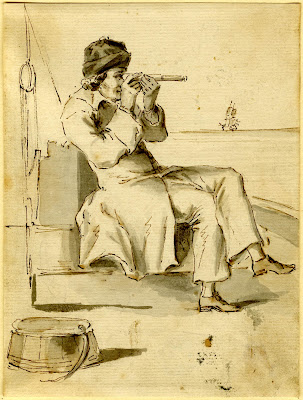 Boitard, a French immigrant to England, was an accomplished artist. The subjects of his work were thoroughly British. At least one of Boitard's pieces was thoroughly disdainful of French cultural influence in Britain.

What character could be more thoroughly British than that of a common sailor in the Wooden World? 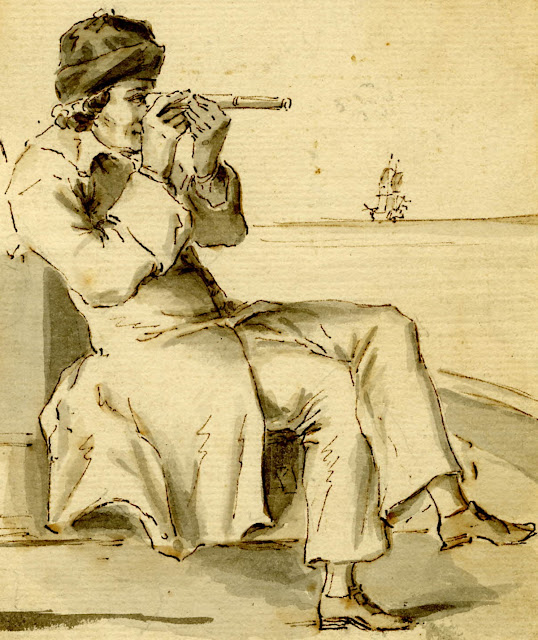 This tarpawlin wears a dark workcap of some kind, nder which is his short curled hair. His overcoat is single breasted with a half cape around the neck acting as the collar. It is without pockets. Plain trousers end above the ankle, revealing white stockings and pointed toe shoes with rectangular buckles.
Posted by Kyle Dalton at 7:00 AM