France and England or a prospect of Peace, c.1763 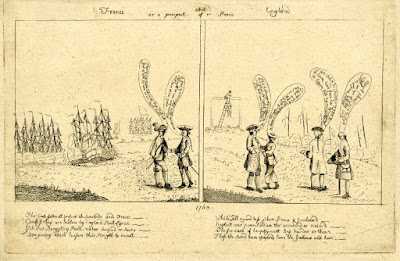 France and England or a prospect of Peace, artist unknown, c.1763, British Museum.

This is one of many political cartoons to address the Treaty of Paris of 1763 which closed out the Seven Years and French and Indian Wars (among others). 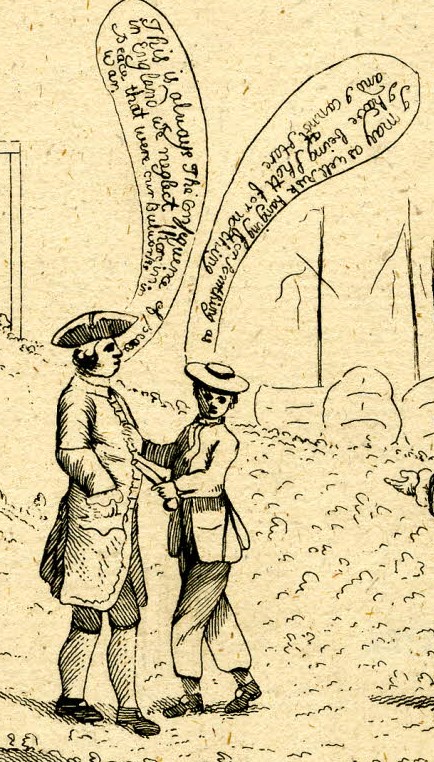 A sailor has turned highwayman, and threatens a well dressed man with a pistol. The gentleman seems oddly unperturbed by this turn of events, saying 'This is always The Consequence of peace in England We neglect those in peace that were our Bulwarks in War.' The sailor, despite a gallows well within sight on the hills to the left, is similarly sanguine: 'I may as well Risk hanging fro something as I have being Shott for nothing and I cannot stare.'

Our luckless sailors wears a jacket with at least two vents, and slit pockets at the waist. He wears a wide brimmed round hat with short cylindrical crown. His plain trousers end about mid-calf.
Posted by Kyle Dalton at 8:00 AM