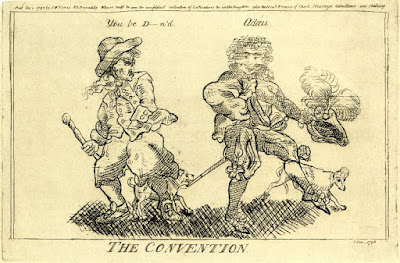 This political cartoon references the Nootka Sound Convention of 1790. It was one of three agreements between Spain and Britain to prevent disagreements and incidents in the Pacific Northwest from escalating to war.

Cruikshank does not appear to happy with this first convention. The Don prances away at a dancing step while taunting Jack Tar (who stands in place of Britannia) with the French farewell: 'Adieu.' Jack, meanwhile, can do little more but stare angrily at his opponent and mutter 'You be D--n'd.' 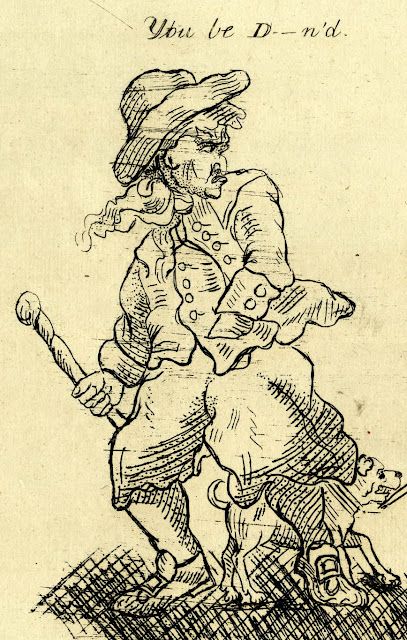 The sailor wear a round hat with a rounded crown and loose brim. His jacket has large buttons, and appears to be single breasted, though I couldn't swear to it. One hand is thrust in the waist pocket of his single breasted waistcoat, which hangs over the petticoat trousers that end just below the knee. In his left hand he holds a stick.
Posted by Kyle Dalton at 8:00 AM