Denver Brunsman is an Associate Professor of History at George Washington University in Washington, DC. He received his PhD from Princeton University in 2004, and is a leading expert on naval impressment. Most recently, his book "The Evil Necessity:British Naval Impressment in the Eighteenth-Century Atlantic World," received the Walker Cowen Memorial Prize for an outstanding Work of Scholarship in Eighteenth-Century Studies.

I showed Dr. Brunsman seven primary source images depicting press gangs at work, and asked him to choose one that best captured the nature of press gangs in the eighteenth century. 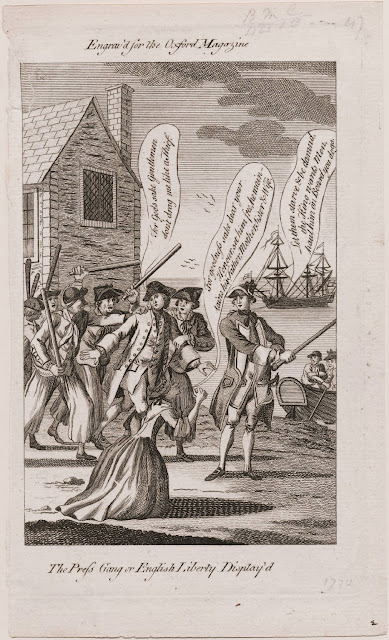 The engraving “The Press Gang; or, English Liberty Display’d,” first published in the Oxford Magazine in October 1770, receives my vote. The image is literally a cartoon, and it reinforces common misconceptions about impressment in the eighteenth century. Yet, like the best social satire, it also exposes essential truths about the practice that a more realistic depiction might miss. In the scene, a press gang hauls a man off to naval service, ignoring the pleas of woman, most likely his wife. Errors abound. Press gangs did most of their work at sea (not land), and they targeted seafarers (not landsmen). 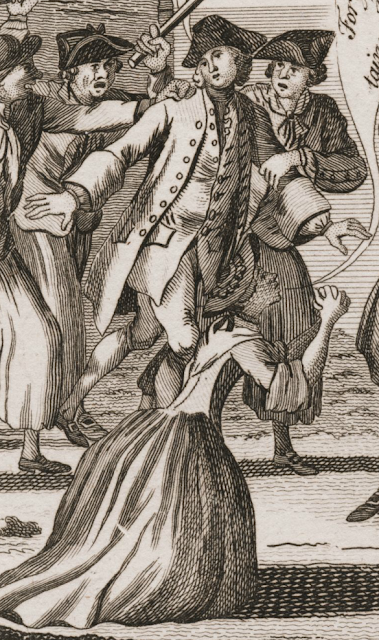 Although the conscript in the image could be a sailor, he wears a long coat more customary of a gentleman and in contrast with the gang members surrounding him. In fairness, the image appeared during the Royal Navy’s rapid mobilization for a possible war with Spain over the Falkland Islands. The mobilization came without warning and included abuses customary of a “hot press” (when gangs ignored normal legal protections). Britain and Spain resolved the crisis peaceably in early 1771, staving off war over the Falklands for two centuries.

Regardless of the immediate context, the engraving correctly captures the social price of impressment. The practice turned the women of impressed men into what I have called “impressment widows,” for they had no idea when or if their loved ones would return. In the print, the pressing lieutenant responds churlishly to the woman: “Let them starve & be damned, the King wants Men, haul him on Board you dogs.” 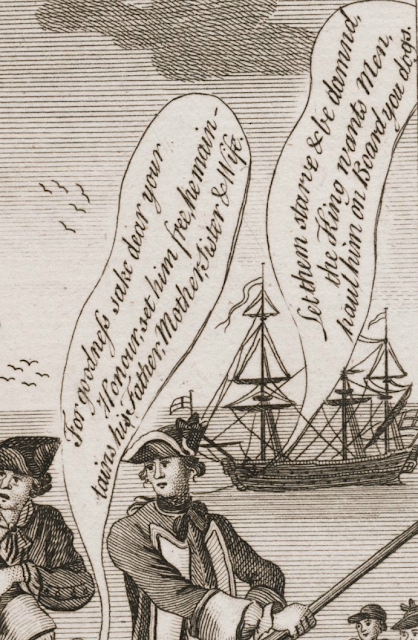 While cartoonish, the lieutenant’s words reflected the policy of the British state, which did nothing to compensate the family members of impressed seamen. The image reminds us that for all the explanations and justifications for impressment (and there are many), contemporaries widely recognized the practice as out of place in the eighteenth century and contrary to Britain’s most cherished value, liberty.

Be sure to pick up a copy of "The Evil Necessity" for a thorough approach to the topic.