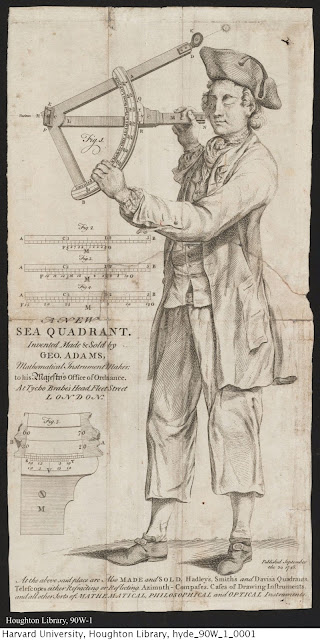 George Adams entered the navigational instrument business at an early age, apprenticing under James Parker before opening his own shop in 1738. Ten years later he had developed a new instrument for taking latitudinal readings. Intended to be more versatile than the backstaff and less expensive than the octant, Adams' quadrant did not eclipse the recently invented octant, nor did it survive the growth of the soon to be invented sextant. There is only one surviving example of his invention, which now resides in the collection of the Mariners' Museum and Park in Newport News, Virginia.


In advertising his creation, Adams depicts a common sailor lifting the device to his eye and sighting the horizon. The choice of a common sailor may have been to emphasize ease of use. 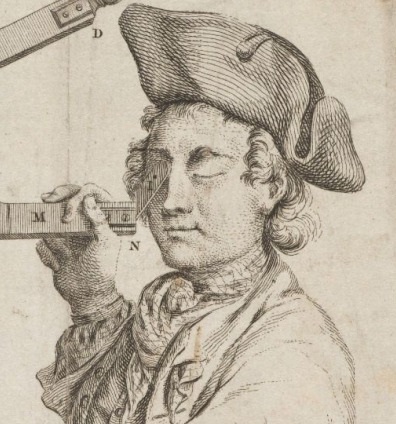 He wears a simple cocked hat with a button loop on the left side and no binding. Under his short hair is a plaid neckcloth stuffed into the uppermost buttonhole of his jacket. 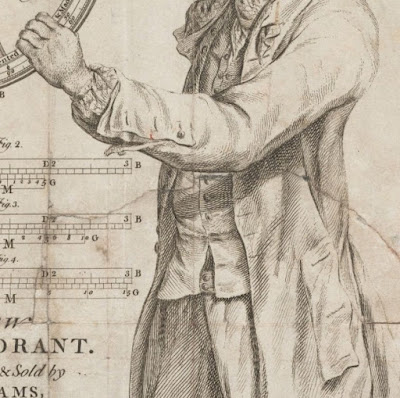 The cuffs of his single breasted jacket are open, with only one of the three buttons in place. At his waist is a flap pocket turned vertically. This is the first time I've seen such an arrangement on a sailor's jacket. His waistcoat is plain and single breasted. 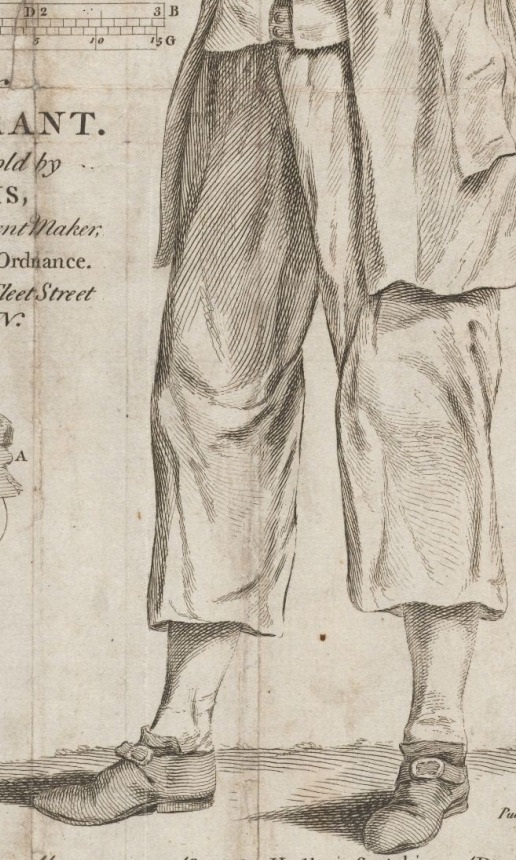 Ending just above the bottom of his calf, our sailor's trousers are held at the waist with a simple two button closure. He wears white stockings and pointed toe shoes with roughly rectangular buckles.
Posted by Kyle Dalton at 7:00 AM