Plans are being developed for a unique adventure on the waters and shores of Northumberland Strait, between Prince Edward island and Nova Scotia in August of 2020. 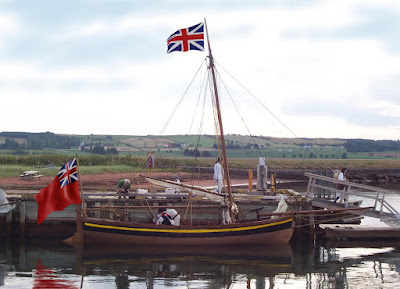 Titled The Mahogany Jones Voyage: Return Of The Privateers, the project consists of a voyage under sail and oar of replica 18th century longboats, with an accompanying traditional-rig 'mother ship,' from Summerside, PEI to Pictou, NS. Carried out in dress of the 1770s, the voyage and parallel period encampments will commemorate the career of Loyalist privateer John 'Mahogany' Jones, who left the garrison of Fort Edward on PEI to go privateering off the New England coast. The shore encampments will take place in historic locations along the Island coastline, joined each night by the longboat flotilla’s crews. The final event of the two-week project will be a Grand Salute to the replica of the 1773 Scots settlement ship Hector at Pictou, Nova Scotia, and a Concluding Encampment there commemorating the Scots settlement of Nova Scotia. Grants are being sought to allay costs of all participant units and boats, and military, naval and civilian re-enactors of the Revolutionary War period will be sought to take part in all or some of the activities they can manage. Dress standards will be high for what promises to be an unforgettable adventure on one of Canada’s most historic and beautiful areas. Fort there information contact: 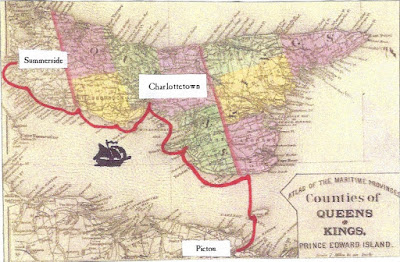