A Packet Boat Under Sail in a Breeze off the South Foreland, 1780 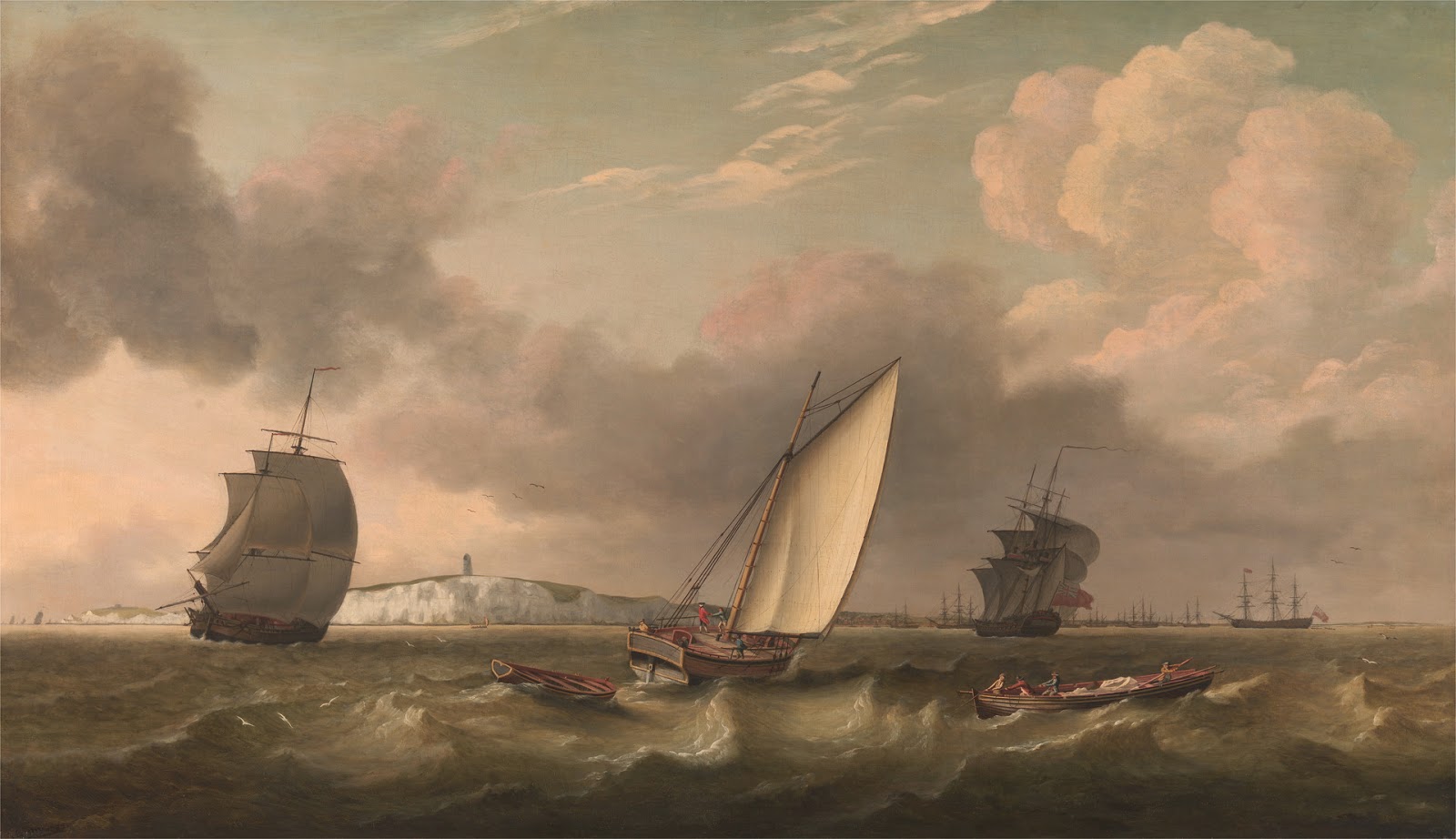 "A Packet Boat Under Sail in a Breeze off the South Foreland," Thomas Luny, 1780, Yale Center for British Art.

South Foreland is unmistakable. Tall white cliffs looming over the Straits of Dover, topped by the famous South Foreland Lighthouse, dominate the waters. Standing since at least the 1730's, the South Foreland light is so distinctive, it worked its way into the lyrics of the catchy sea shanty "Spanish Ladies." There is still a lighthouse there, though not the same as we see in the painting above. 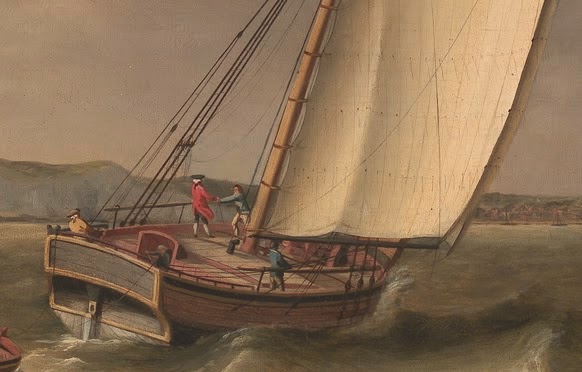 The (presumably) master of the packet stands along the larboard rail in his dark breeches, white stockings, and red coat. The sailor beside him wears a light blue jacket that ends at the waist, and long white trousers. At the starboard rail is a sailor with the same style of jacket, but a black cap and dark breeches. At the tiller, the helmsman wears a yellow jacket and black cocked hat, and appears to be wearing a wig.

In the jolly boat, four oarsmen struggle in the stiff breeze, presumably to haul up their anchor cable, though I confess I don't really know. Furthest forward is a chap in what might be a thrum cap and a single breasted pale brown jacket. Next hauls a sailor in a black cap or round hat, and a red jacket with waist pockets. At the back of their line is a tar with a round hat, red waistcoat, and blue jacket with waist pockets. Near the stern stands a fellow struggling to free an oar from beneath the canvas amidships. He wears a cocked hat with the point forward, a yellow jacket, and a light colored waistcoat.
Posted by Kyle Dalton at 8:00 AM