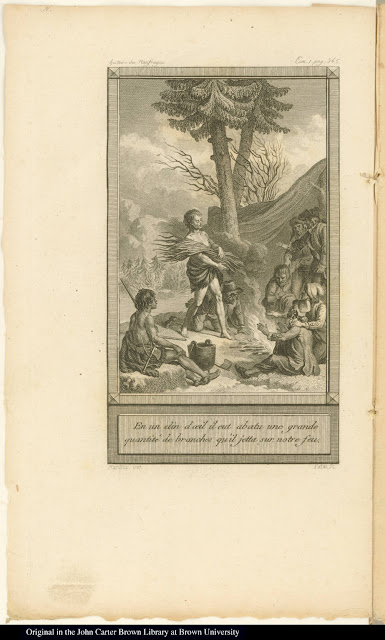 The curators of the John Carter Brown Library of Early American Images state that this image depicts a small group of survivors from a pair of English vessels bound from Quebec to New York City during the American Revolutionary War whose schooner was lost with all hands and ship run aground. In a desperate bid for salvation, these six men took a damaged boat ashore and were met by two Native Americans, who are shown here providing them with warmth and food. 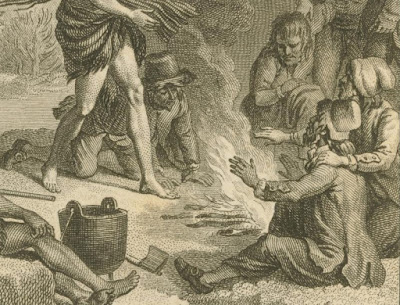 The weak seamen gathered about the fire wear breeches and loose petticoat trousers. Their jackets have buttoned scalloped mariner's cuffs, and at least one of them is double vented at the back. Atop their heads they wear tattered round hats with tall cylindrical crowns and one fellow had a loose cap. They sport some facial hair, probably a sign of their desperation and lack of comforts, as it is incredibly rare for sailors to be portrayed with beards. 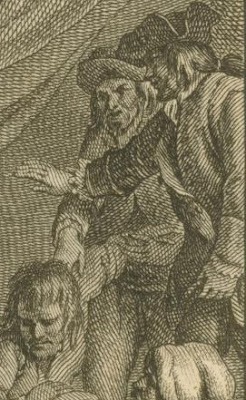 And officer and a sailor, also bearing beards and long hair, stand over the others. The sailor wears a round hat with upturned brim, single breasted jacket, and trousers.
Posted by Kyle Dalton at 7:55 AM