Back in January I featured this post addressing the clothing of sailors in the 1777 John Collet print "Bachelor's Fare."

Recently I revisited the online collections of the British Museum and found colorized versions of some of the images I've featured on this blog in the past. I was particularly intrigued by the versions of Bachelor's Fare that were available partly because I love the print, but also because they present two sides of the same coin. 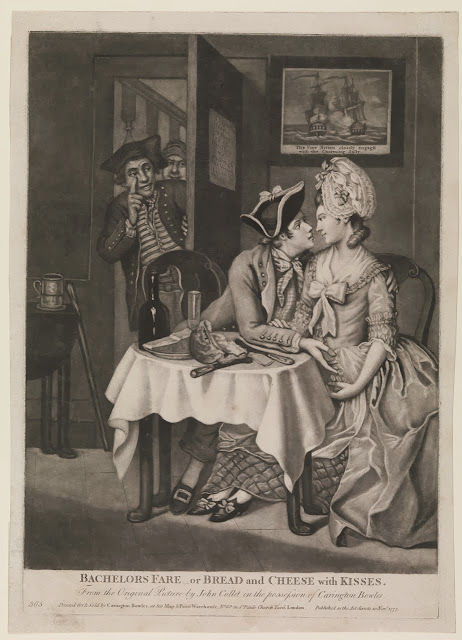 The above is the original I examined, from the collection of the National Maritime Museum.

Two separate colorized versions are in the collection of the British Museum. What makes them valuable to our examination is the stark difference in their coloration. 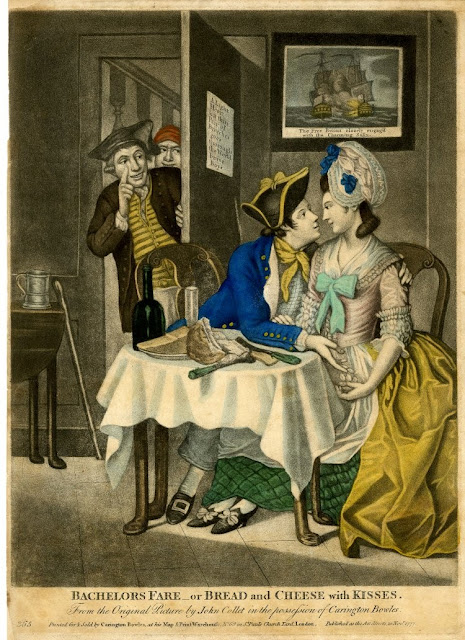 In this first copy, the sailor in the foreground wears a blue jacket with brass buttons, a yellow neckcloth, blue checked shirt, a gold or yellow trimmed hat with matching cockade, and a pair of trousers with a slight blue hue. His mate in the background has a brown jacket with cloth covered buttons, a white neckcloth, and a yellow waistcoat with brown or black stripes. 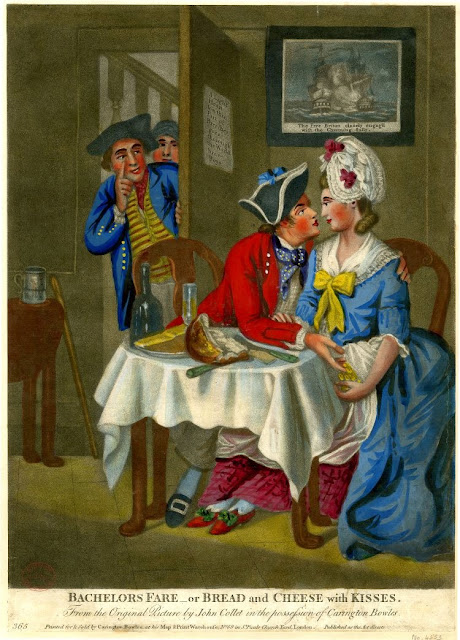 The second copy is entirely different. The tarpawlin in the center wears a red jacket with white metal buttons, a black or brown checked shirt, a blue neckcloth dotted with white and yellow. His cocked hat is trimmed in white and fitted with a blue bow. The jack sticking his head through the doorway now wears a blue jacket with brass buttons, a red neckcloth, and a yellow waistcoat with horizontal red stripes.

I have also turned up a third copy that you can buy for yourself over at RareOldPrints.com. 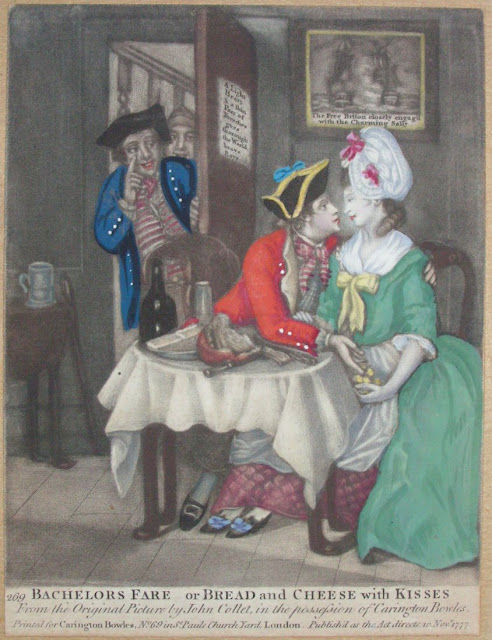 Let this be a warning to us! As much as I nitpick at the details, these prints are not photographs. They are completely subject to the artists', engravers', and colorists' interpretations and choices. It is impossible to know what these subjects really looked like, if indeed they are even based on actual individuals. The best we can hope for through this examination is to come to an idea of what the general appearance of a sailor in the time was.
Posted by Kyle Dalton at 10:27 AM