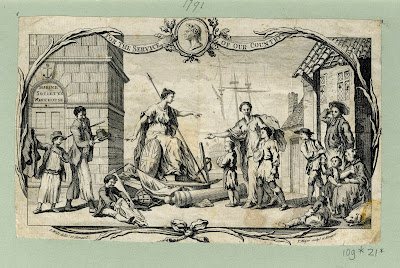 Today I continue my examination of images from the Marine Society. The British Museum does not have a date for the trade card, but we can reasonably assume that it would fall into the same date range as the bowl. Keen eyed followers of this blog may recognize the figures on the left as the same from a bowl in the collection of the National Maritime Museum. 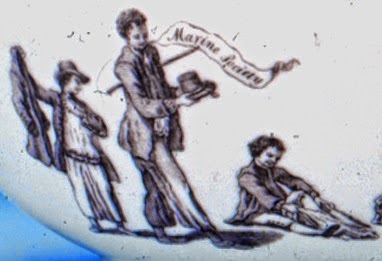 They are three boys receiving new slop clothes so that they can be sent to sea. Though the bowl has the boys themselves naming the charitable Marine Society, the trade card shows them out front of a brick and mortar building that bears the name of the Marine Society 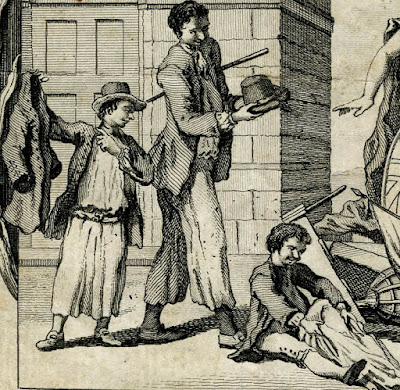 The image is almost exactly the same, and gives us little to add to the previous post. They still wear short jackets that end at the top of the thigh, petticoat trousers and trousers, no waistcoats, round hats, and the figure in the center has a stick. Of particular interest in the lad on the far right pulling on his petticoat trousers over his breeches.
Posted by Kyle Dalton at 8:00 AM