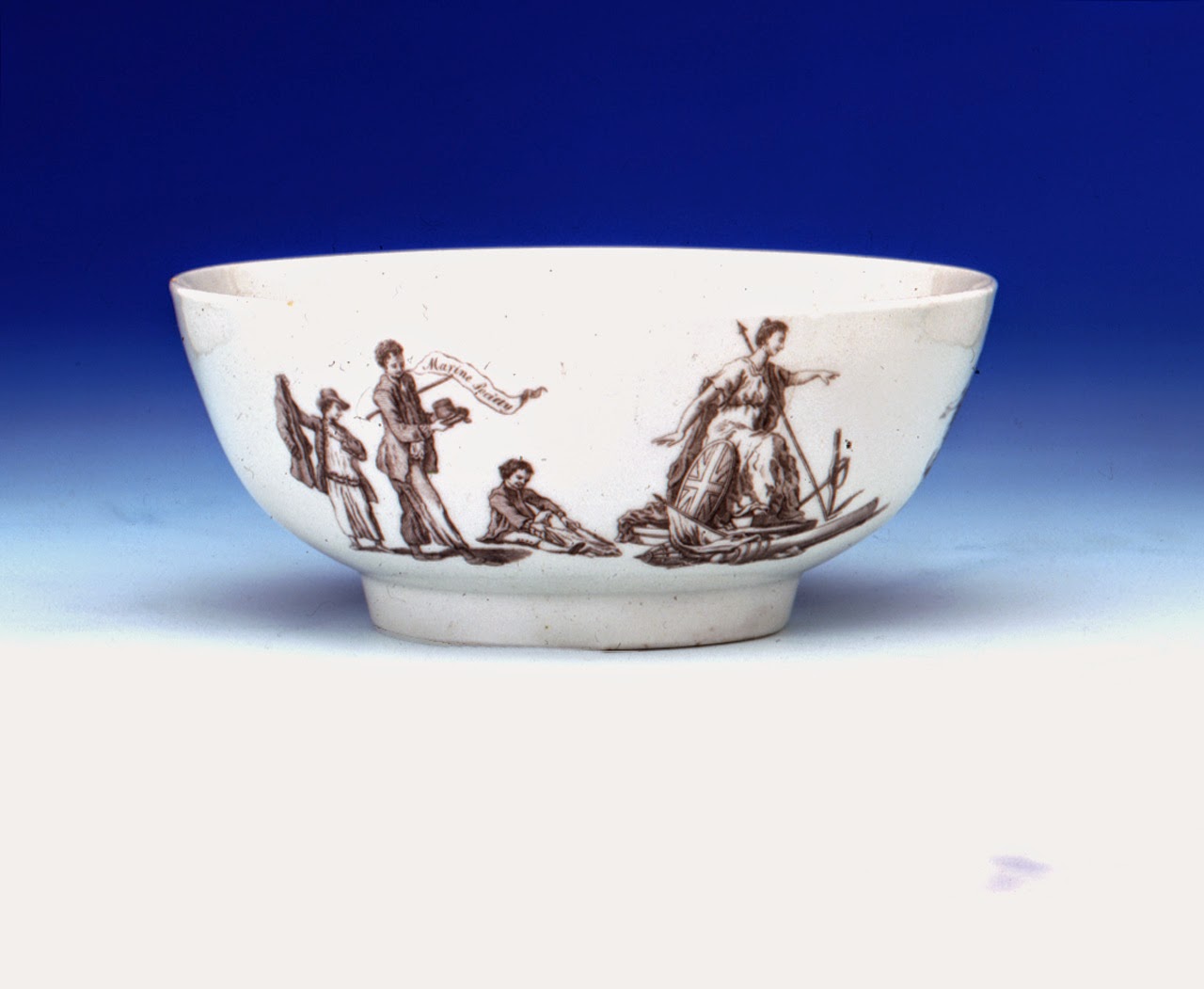 Out of the frame in this photo is a series of poor boys making their way to Britannia. She beckons them to join the three young tars we see to the left. The National Maritime Museum puts it best:

This means we get to see three sailors not in the clothes they have been working in for weeks or months, but a whole brand new set. 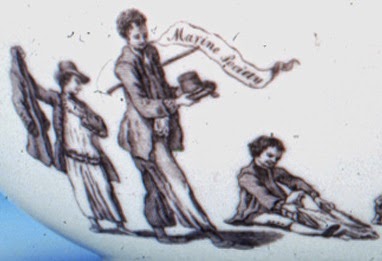 On the far left is a lad without a shirt, wearing a pair of slops, a tall crowned round hat with short brim, and a jacket that ends just at the top of the leg. A black neckcloth appears to be fitted under his collar, but the angle of this photo makes it difficult to be certain. His mates both wear jackets of the same cut, and slops not unlike his. The fellow on the right can be seen pulling his slops up over his white breeches! Though dressed the same as the other two, the fellow in the center has a stick tucked under his arm.
Posted by Kyle Dalton at 3:30 PM