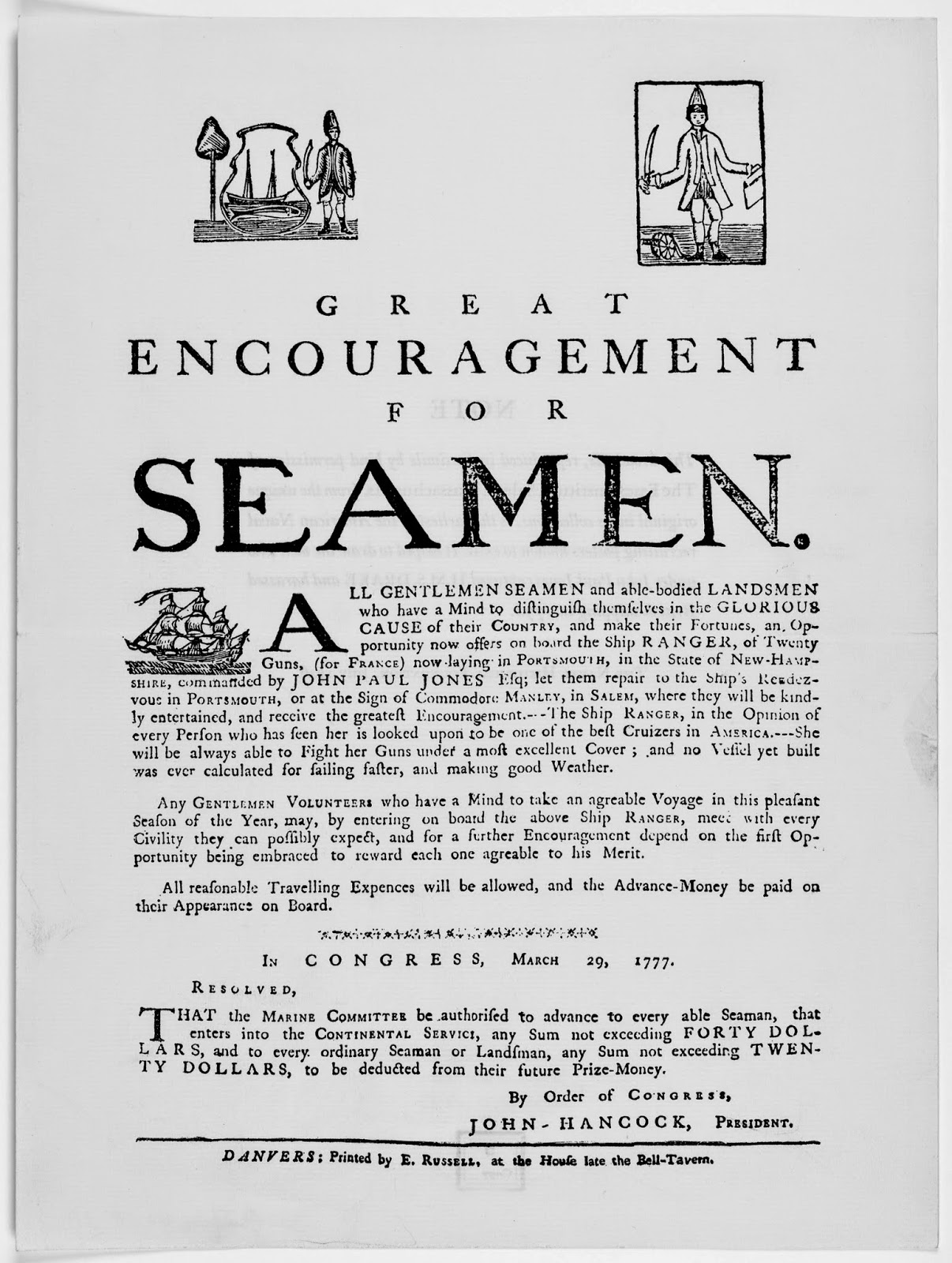 Today's entry is a bit different. Broadsides were a useful recruitment tool for naval and privateer vessels throughout the eighteenth century. Encouraging sailors to sign up with promises of prize money, the authors of these advertisements tried to play to both the sailor's patriotism and their pocketbook.

This broadside is an important piece of history in that it is calling for sailors to man the Ranger under the legendary John Paul Jones. It was this voyage that brought news of Burgoyne's defeat at Saratoga, and brought France into the American Revolutionary War on the side of the Americans. 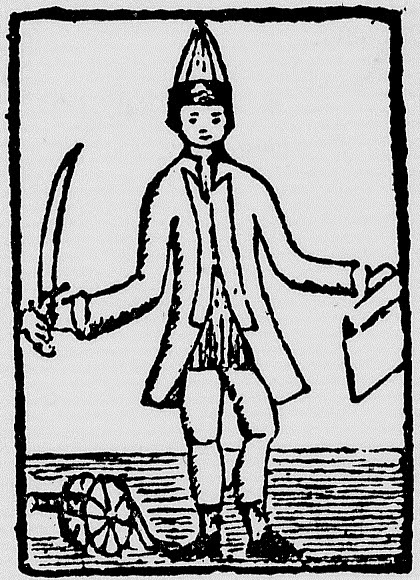 This figure does not appear to be a sailor. He wears a mitre cap, a regimental coat, breeches, stockings, and a soldier's spatterdashes. Matched with the field gun on the left (clearly not a naval cannon), I think we can safely say this is not a tar. Still, the pose is a familiar one, having appeared on numerous broadsides, not unlike "The British Flag Insulted, a Satyrical Song" from 1757. 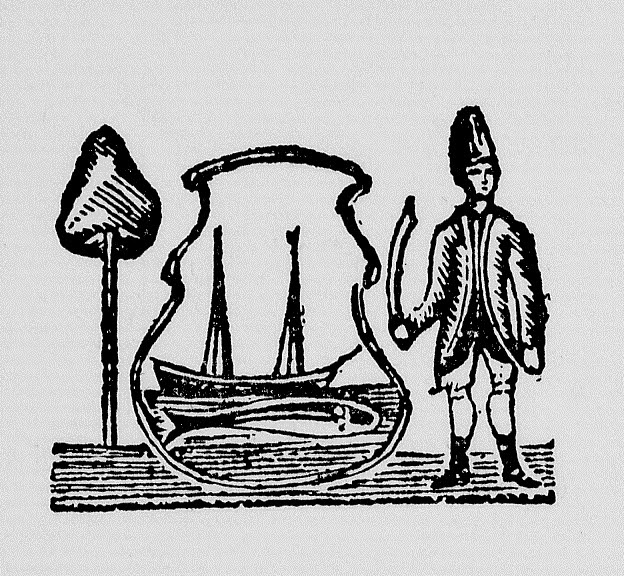 Here's where things get interesting. The coat of arms depicted here shows a two masted vessel over a whale or fish. To the left is a phyrgian cap on a pole, a commonly used symbol of liberty. To the right is a figure that almost perfectly matches the previous detail: regimental coat, spatterdashes, and cutlass. His cap might be a mitre cap, a thrum cap, a Dutch cap...maybe even another phyrgian cap! Regardless, this figure is clearly meant to be associated with the nautical nature of the seal.

Is this broadside intended to equate the service of naval seamen with that of the Continental soldiers? Is this image meant to depict a marine? What do you think?
Posted by Kyle Dalton at 8:00 AM

Email ThisBlogThis!Share to TwitterShare to FacebookShare to Pinterest
Labels: 1770s