The roasted exciseman, or, The Jack Boots exit, 1763 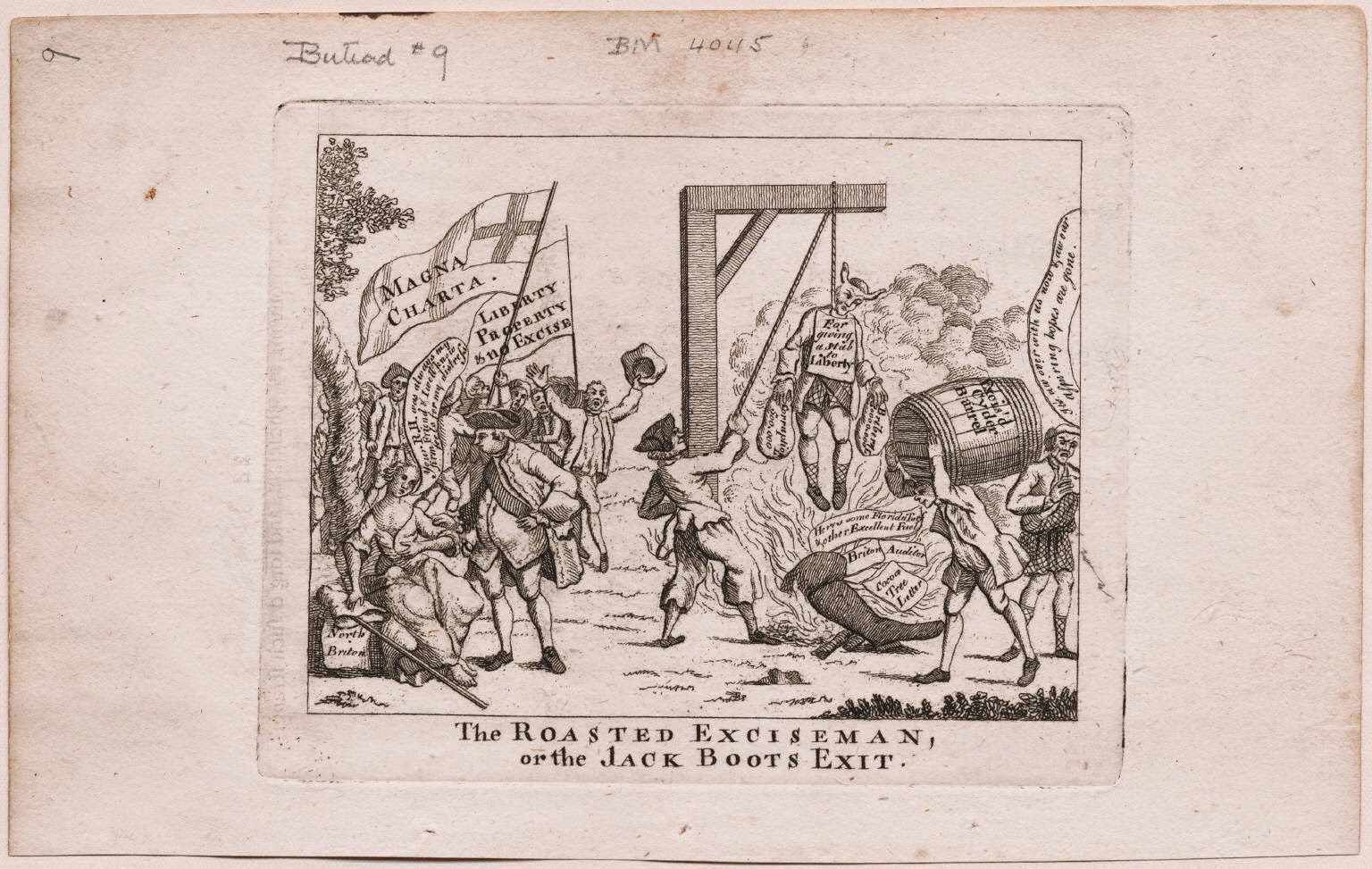 Once again, a 1760's political cartoon takes a stab at Jacobites (or, more accurately, political opponents painted as Jacobites) in the waning days of the Seven Years War. In this case, the exciseman is burned in effigy as both a Highland Scot and Satan. At the head of the unruly mob is a sailor who hauls the effigy aloft over the flames.

Though I am mostly ignorant of the context for this piece, my guess would be that it is an anti-1763 Treaty of Paris piece. Among the fuel for the flames is "Florida Turf." The Florida peninsula was ceded to Britain in exchange for more monetarily valuable Caribbean territory, which fanned the flames of opposition to the peace. 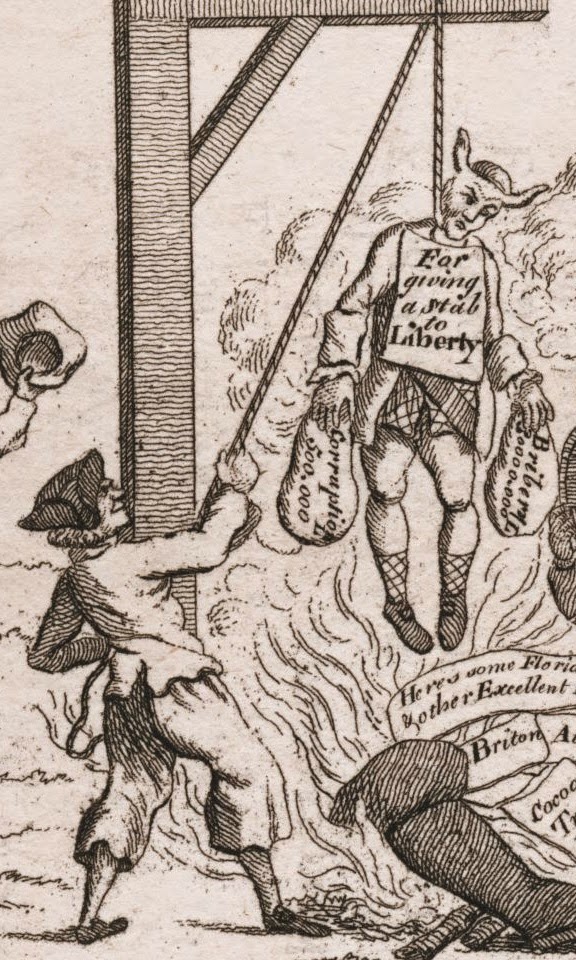 The sailor appears to be wearing his hat backward, though it could just as easily be interpreted as having its point forward. Either way, he wears a jacket that ends just below the waist, with slit cuffs. His lower garment is somewhere between a pair of trousers and petticoat trousers, blurring the line between them; they end about the top of the calf. His stockings are white, and his hair worn like a bob wig.
Posted by Kyle Dalton at 8:00 AM