The late Bombardment of Government Castle, 1782 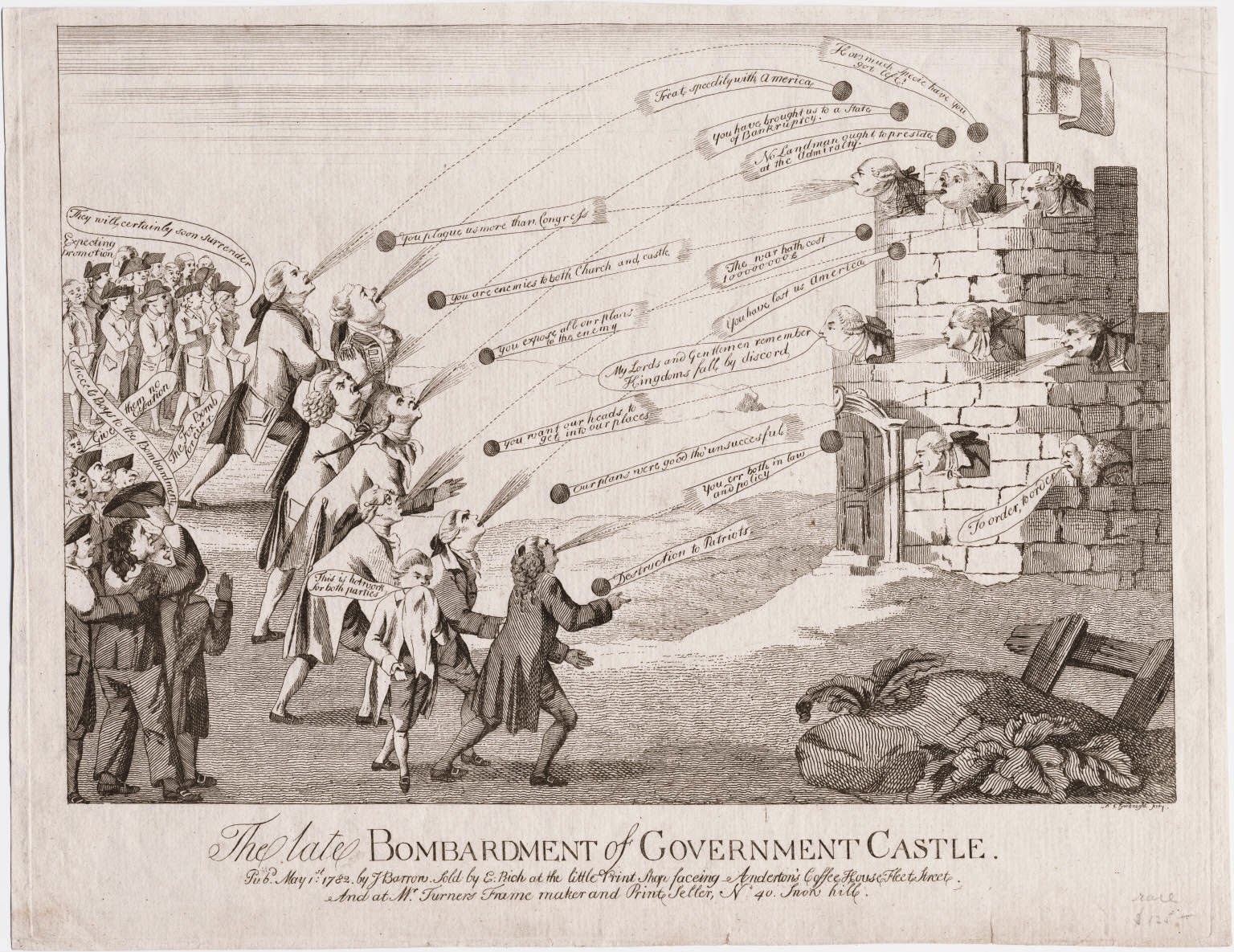 Words become bombs in Burrow's political cartoon. The government in the castle declares that they did their best in America, and that the opposition had ruined their attempts to end the rebellion. Meanwhile, the opposition lobs accusations of the destruction of English liberties and the cost of the unnecessary war.

Among the crowd cheering the opposition is a single sailor, waving his cocked hat and shouting "Success Boys to the Fox Bombardment," referring to the leading opposition politician Charles James Fox.

Our Jack wears a cocked hat with a rather high brim. His neckcloth is plain and appears just over his right shoulder, and beneath the shoulder length locks of his loose hair. A triple vented jacket, with a button above at least the right vent, hangs down over his trousers that end at the ankle. Plain stockings run into black shoes with rectangular buckles.
Posted by Kyle Dalton at 8:00 AM