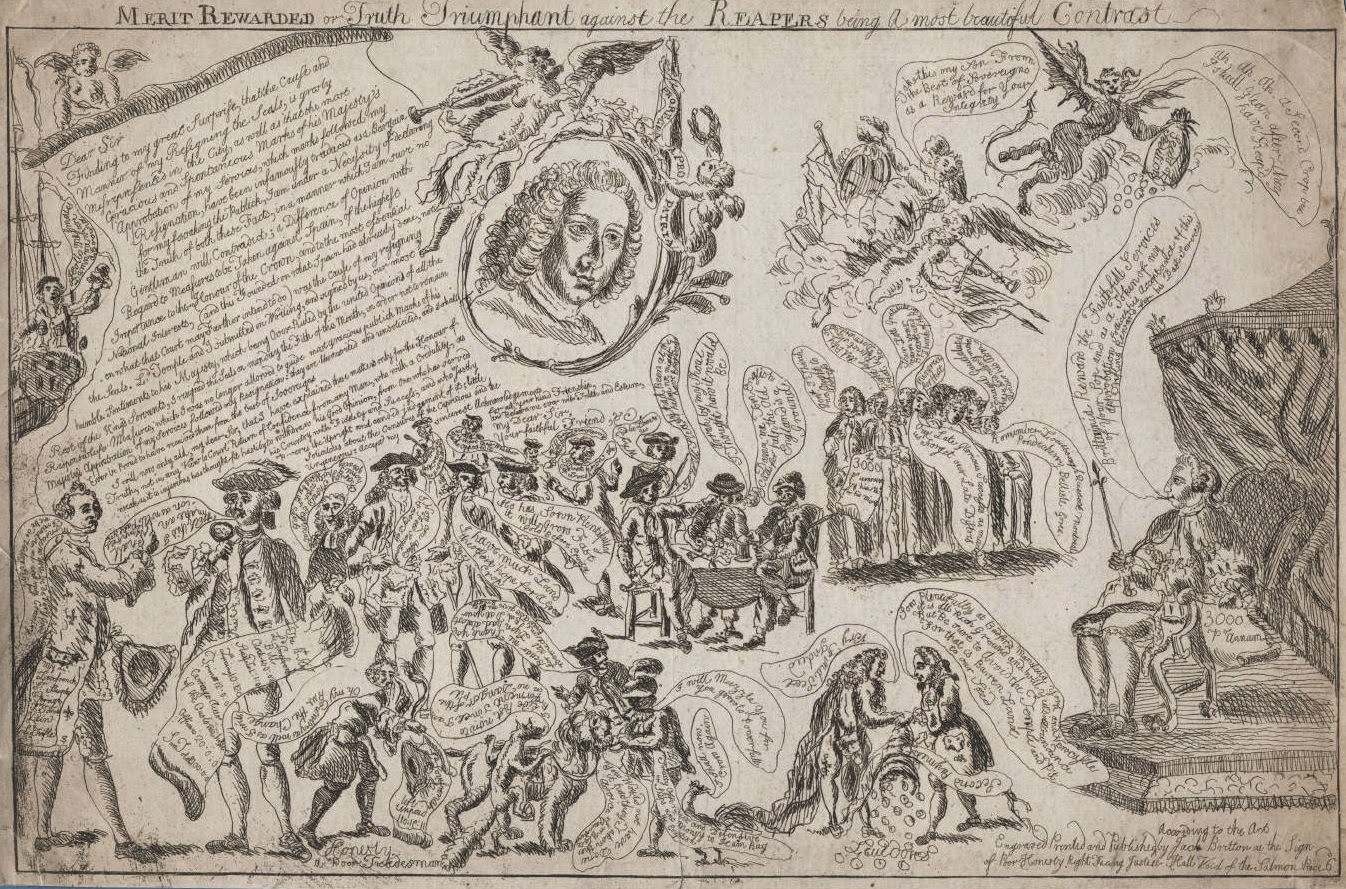 "Merit rewarded, or, Truth triumphant against the reapers being a most beautiful contrast engraved printed and published according to the act by Jack Britton at the Sign of Poor Honesty, right facing Justice Hall, void of the salmon," J. Britton, 1761, Walpole Library.

Even for eighteenth century political cartoons, this one is overcrowded and confusing.

Pitt the Elder has just retired, and his portrait is being carried aloft by a pair of angels. Satan (or one of his demons) floats over the head of the King, gloating at Pitt's departure, and spilling cash as he vows to reap more of the harvest created by the Seven Years War. The King himself appears amiable enough, bearing a parchment vowing 3,000 pounds per annum in recognition of Pitt's service.

Among the scattered figures, there are a couple of sailors. 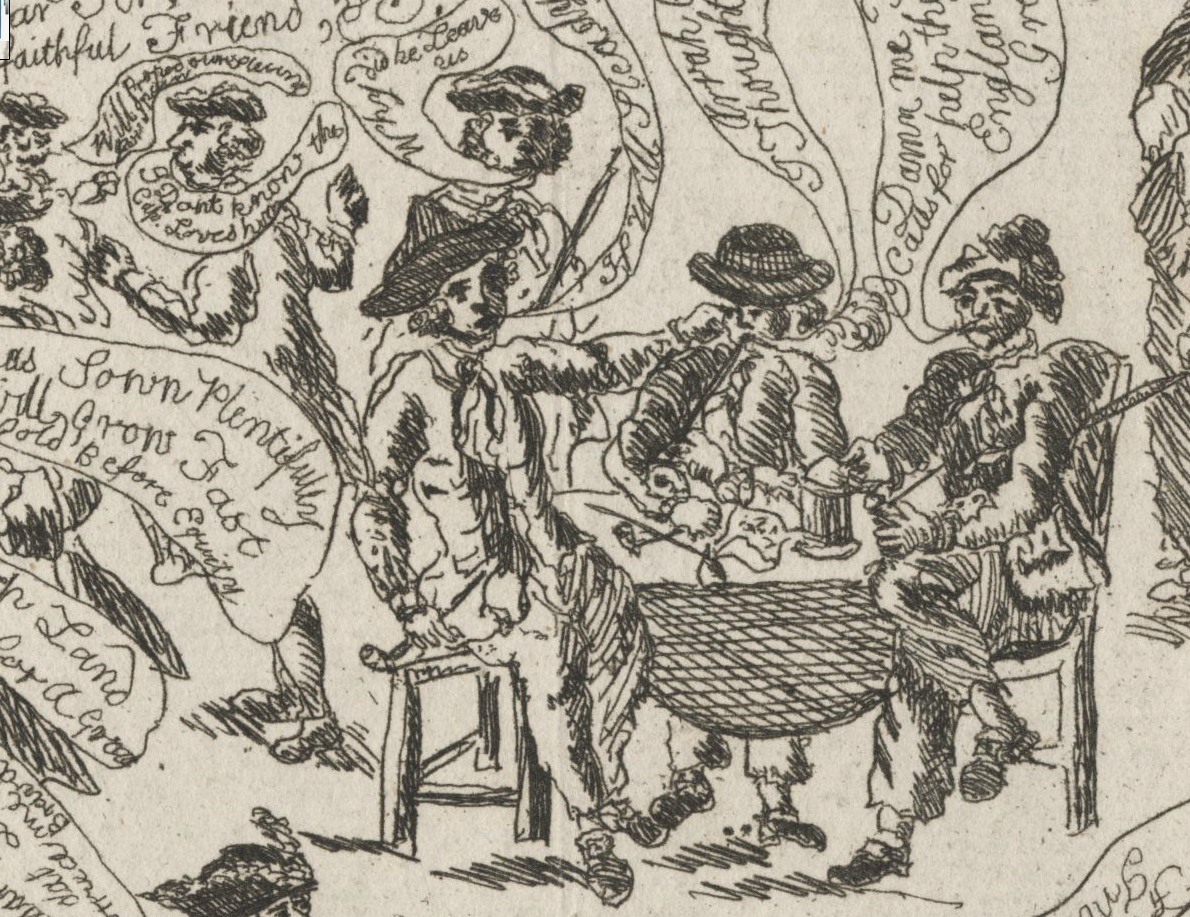 Gathered around the table, and oblivious to the celestial debate taking place above them, a mess of sailors lament the departure of their "captain."

Standing on the right is a tar in an aggressive pose, replying to a chap so poorly drawn I can say nothing about him. The sailor we can make out wears a small cocked hat with the point forward, a jacket with what appear to be turn back cuffs, and either close fitting trousers or breeches and stockings. We might be able to say more if not for the word bubble blocking our view.

At the table to the right are four tarpawlins, all of whom wear jacket that end well below the waist, trousers that end above the ankle, and plain neckcloths. One wears a cocked hat with the point backward, another a round hat with short brim (or perhaps a knit cap), and yet another with a tall crowned knit cap that almost looks like a caricatured Spaniard's cocked hat with feather. They are happily puffing away at their pipes, and at least one medicates with a tall tankard.

Perhaps just to fill the blank space beside his lengthy diatribe, Bitton included a sketch of a sailor shouting from the stern of a warship:

All I can make out from the scrawl in his word bubble is "Hollo messmates Damn me." The sentence continues, and if any of you can transcribe it, I'd be grateful! Don't forget that you can click on images to enlarge them.

Regardless, he wears a single breasted waistcoat, and wears his curly hair at shoulder length. Lifting aloft a cocked hat, knit cap, or a hastily scribbled blob of some other sort, his shirt sleeve reveals its typically narrow cuff.
Posted by Kyle Dalton at 10:00 AM