The Arrival of the Princess Charlotte at Harwich, 1761 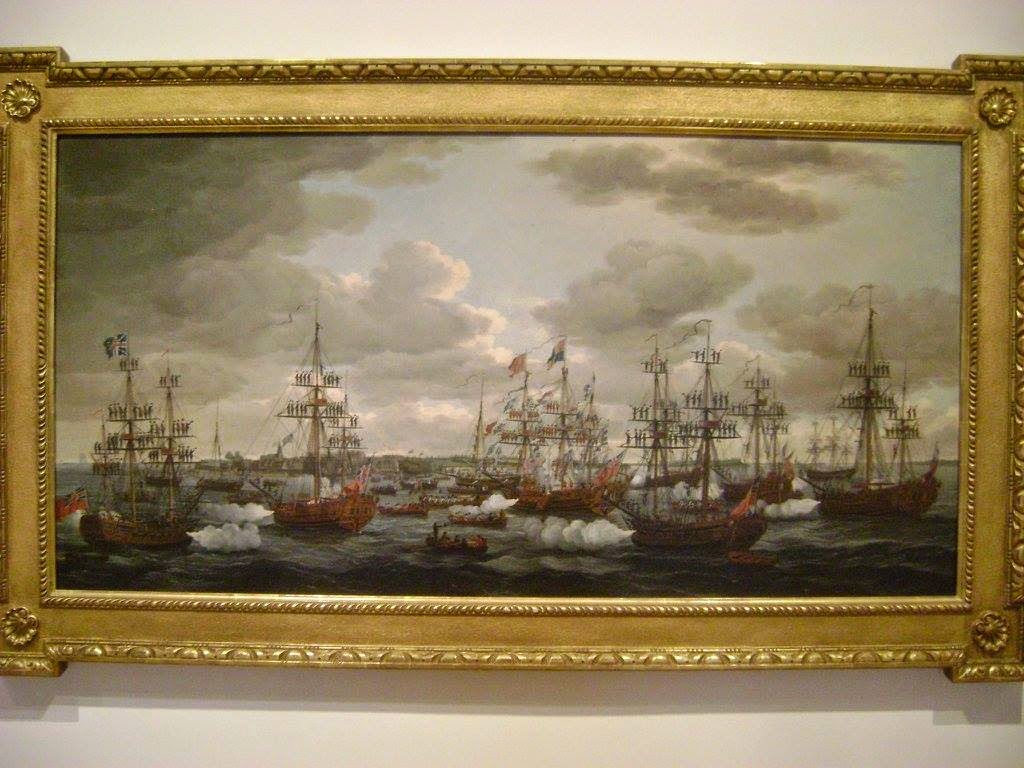 The Arrival of the Princess Charlotte at Harwich, John Cleveley the Elder, 1761, Peabody Essex Museum.

I want to extend a special thanks to reader Sarah O'Conner! On a recent visit to the Peabody Essex Museum, she spotted this piece and was kind enough to photograph it for this blog.

Cleveley's piece depicts the arrival of the future wife of King George III at Harwich. The royal wedding was a grand occasion. I have addressed the event briefly with the work of Dominic Serres. Perhaps Serres was capturing the view from a more distant shore, or maybe Cleveley thought a much more grandiose piece would better capture the importance of the moment. Either way, we have two very different views of the arrival.

Here's what the Peabody Essex Museum has to say about the piece: 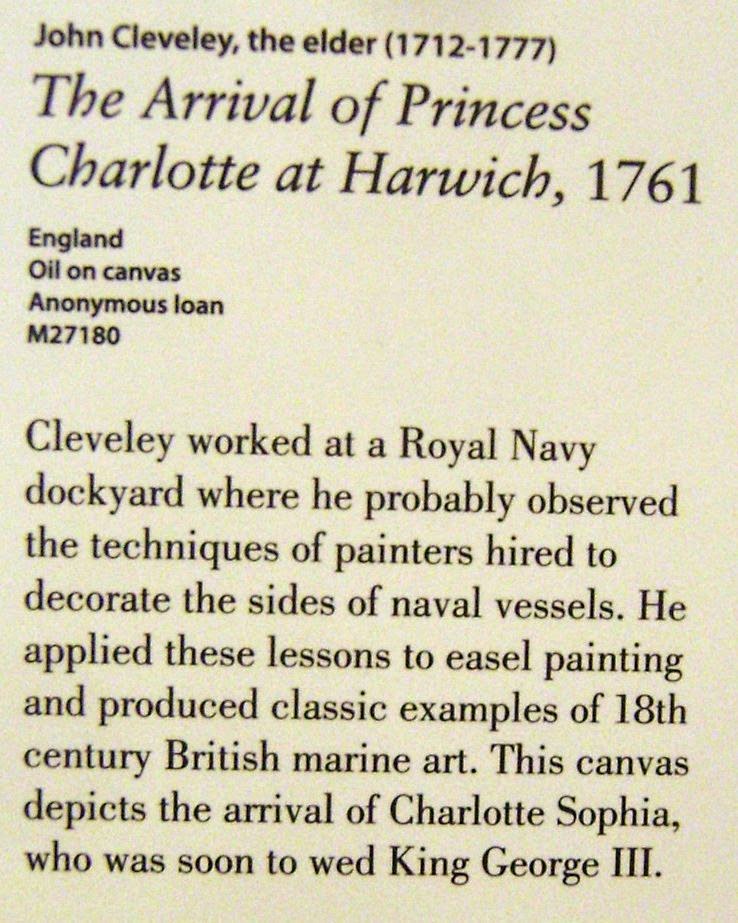 Starting on the left of the frame and working our way right, it is immediately obvious why this piece is so special. 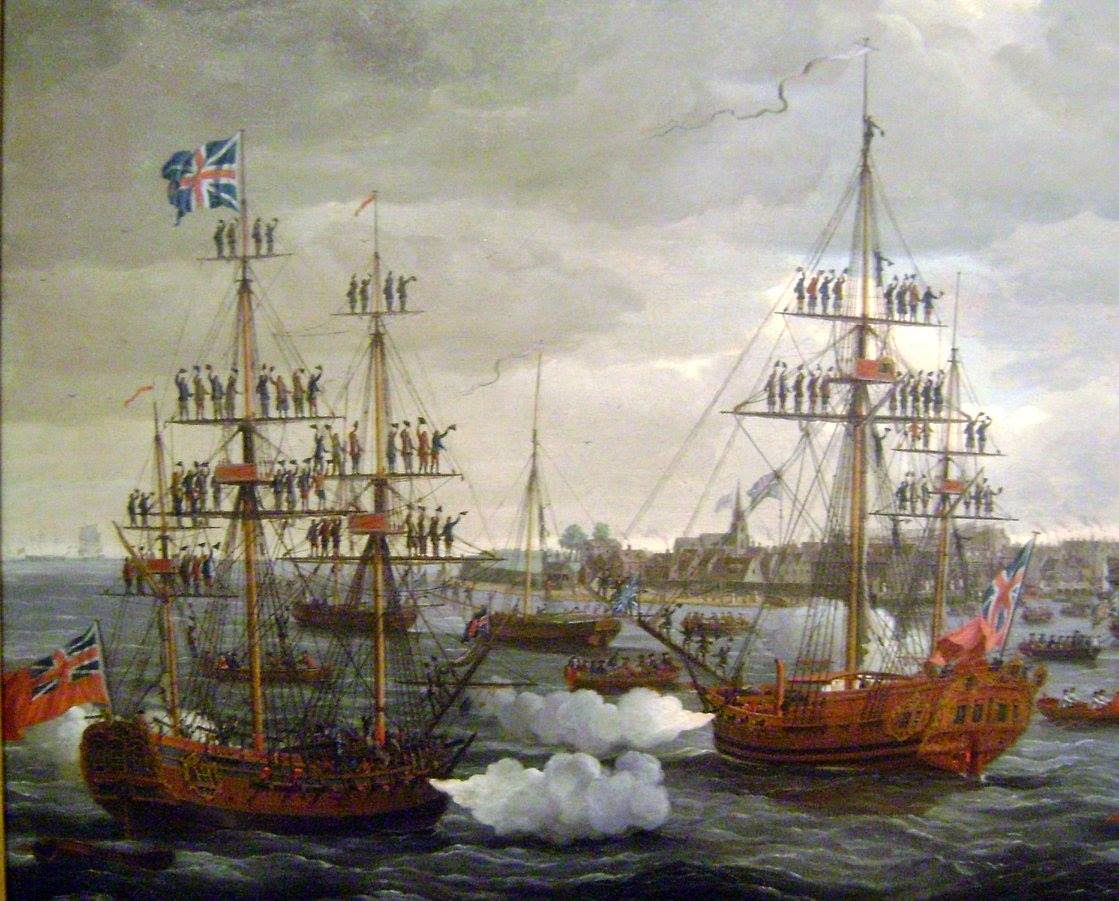 Working one of the large Festival of Sail events that circle the continent, I've seen sailors standing across the yards a few times. The Mexican Navy tall ship Cuauhtemoc sticks out the most in my mind. What Cleveley shows here far surpasses anything I've seen. Scores of sailors standing on the yards of ships across the harbor!

Both vessels in the detail above also have sailors standing across the bowsprits. The forward most guns on both starboard and larboard fire a greeting to the arriving princess. All of their sailors wave cocked and round hats. Though blue jackets are the majority, we also see red, grey, green, and plenty of shades in between. There is also an even mix between petticoat trousers and breeches. Breeches without the protection of petticoat trousers may be an indication of the importance of this event, with sailors turning out in their best slop clothes. 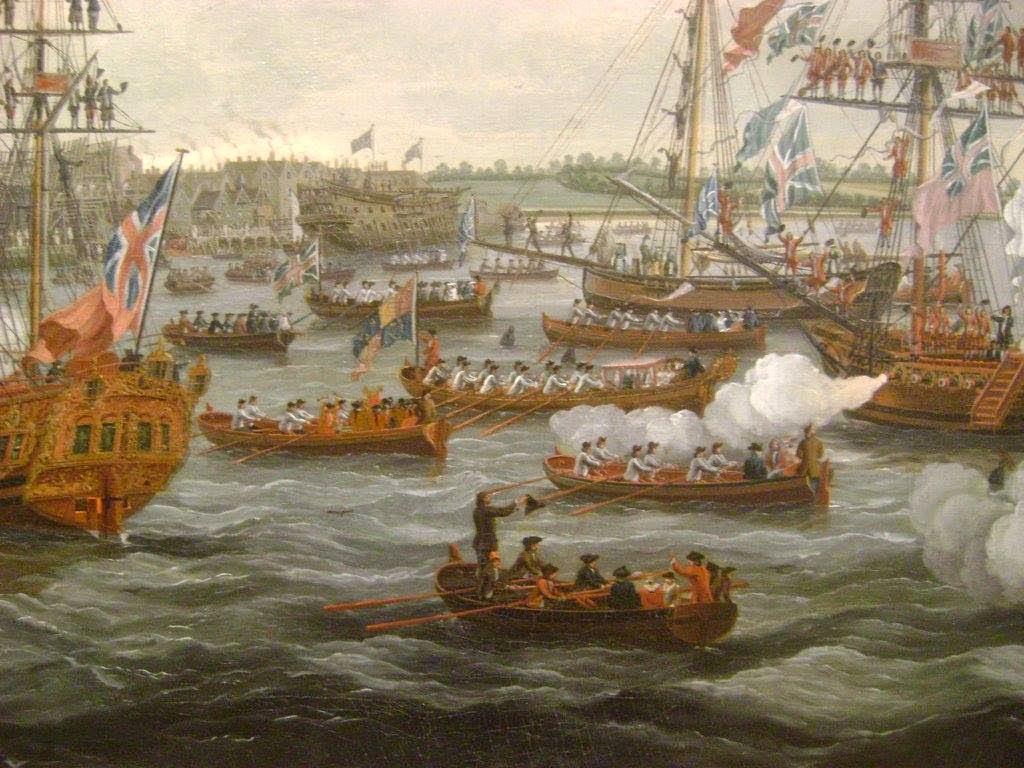 Abeam and astern of the brig (or possibly ketch), a number of boats and barges pull for the shore. In the center is a fairly impressive barge with the Royal Standard fluttering from her bow. It is safe to assume that the princess is aboard this vessel.

Some of these boats, especially those clustered most closely to Charlotte's barge, are manned by oarsmen in white shirts with black jockey style caps. Others have oarsmen in jackets of a variety of colors wearing cocked hats and at least one bright red knit cap. 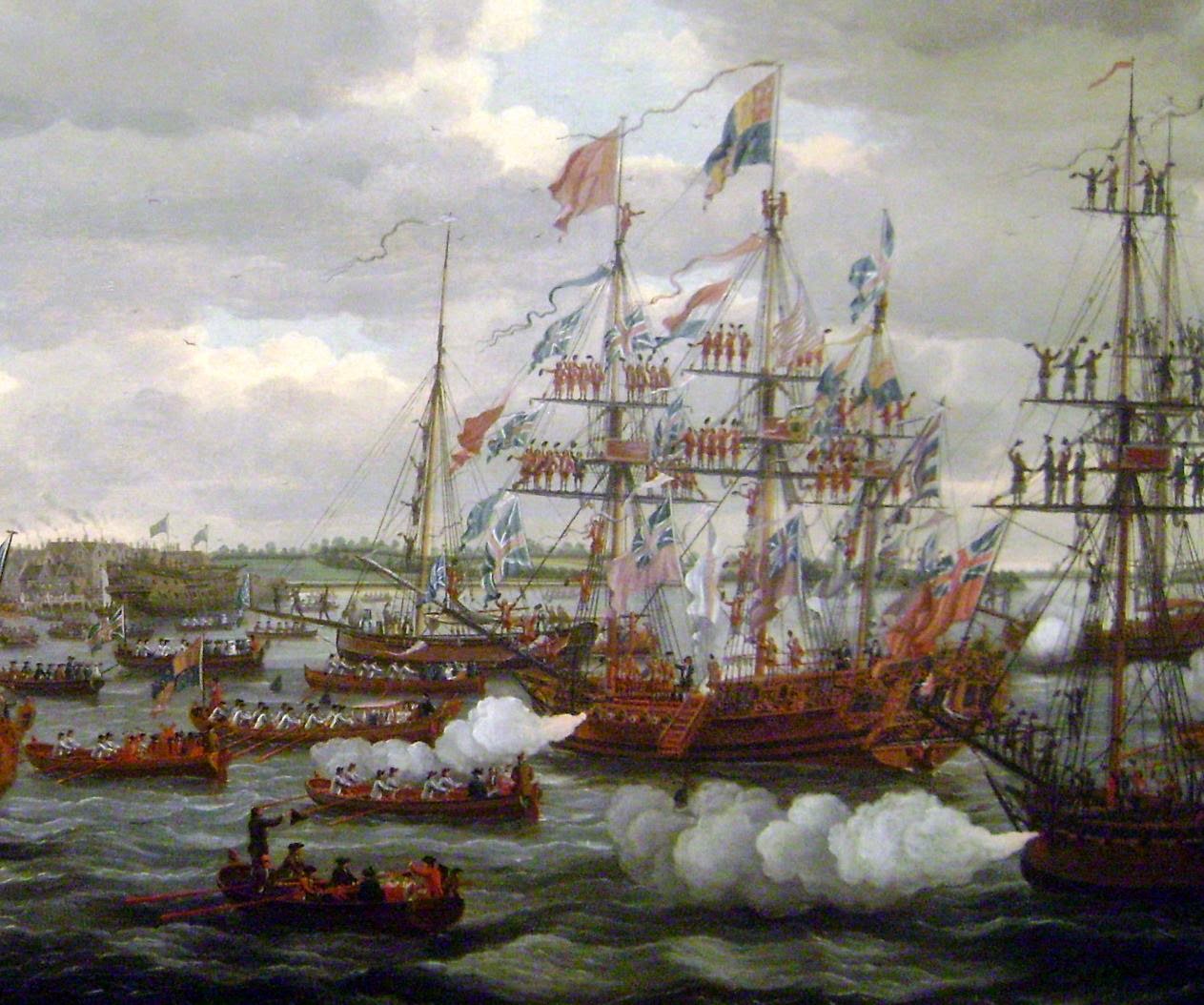 Jutting out from the fully rigged ship at the center of this detail is a bright red staircase; nothing less would befit the future queen! Atop the mainpeak is another Royal Standard, indicating that it was this vessel that ferried Charlotte to England. Across her yards and deck is a company entirely decked out in red jackets and breeches, save for the officers in blue. At first I thought the red uniforms was only the marines, but given the relatively short length of their jackets, and the fact that several of them seem to be absent waistcoats, I think this may be the ship's company turned out in a fine set of slop clothes for the occasion. Perhaps the captain chose to outfit his men in matching clothes to distinguish them from the rest of the fleet at Harwich? 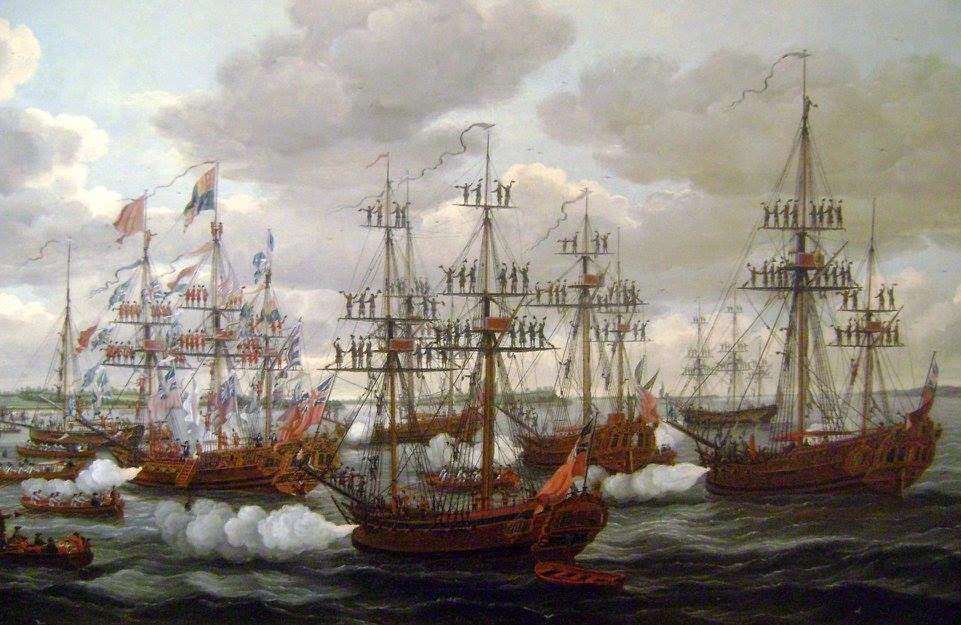 The rest of the ships and their men are much the same: breeches, petticoat trousers, a hint or two of trousers, cocked hats, round hats, and a variety of colored jackets. All of the ships are firing salutes from their forward most guns both larboard and starboard, except the one at the center of this detail. It may be out of consideration for the barge to her starboard, but she only fires a gun to leeward.
Posted by Kyle Dalton at 8:15 AM