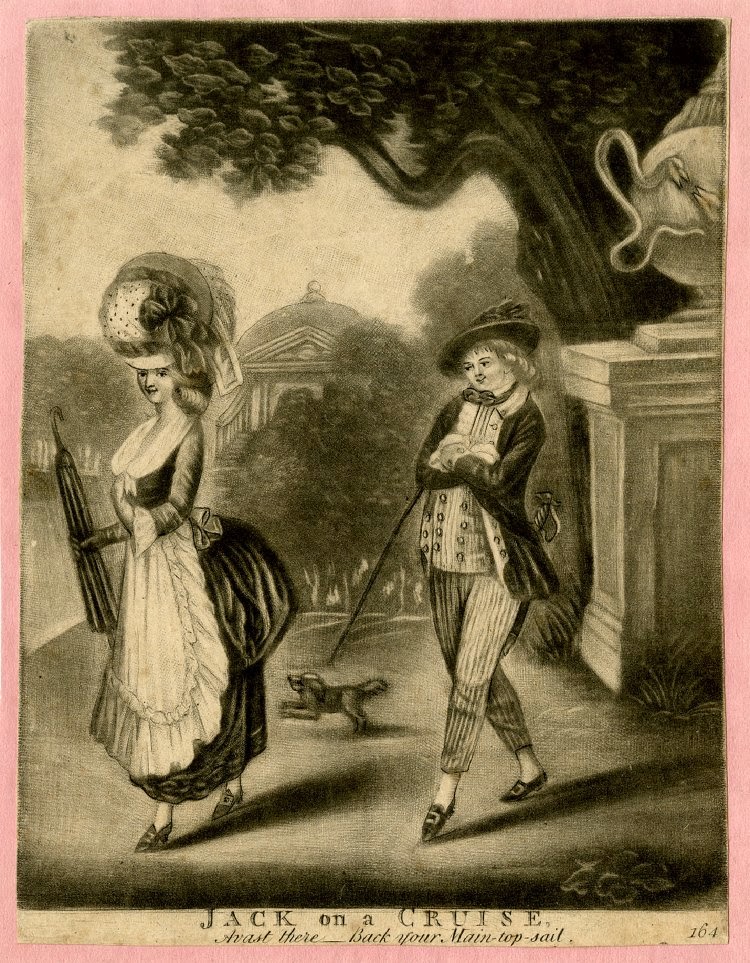 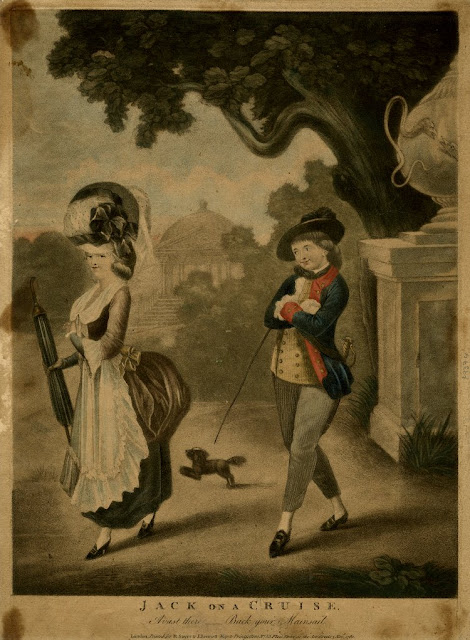 features a sailor giving chase to a young lady, calling out "Avast there - back your Main-top-sail!

The sailor in this piece is damnably well dressed! His round hat with short brim has a dashing bow that might be silk. His hair is shoulder length, but not quite so loose as many other sailors we've seen. The neckcloth is very neatly tied like a mid-nineteenth century cravat, and appears to be black as well.

Jack's hat is a wide brimmed black piece with a remarkably large cockade or bow, also of black. Jack's hair is long, hanging down of the back of his neck. A white collar peaks up from under the black cravat tied at his neck. His jacket resembles a military regimental coat, rather than a sailor's jacket: the lapels (white in the Library of Congress piece, as well as on the half of the jacket the colorist didn't get to on the British Museum's copy) are held back by brass buttons to the blue body. Beneath it is a double breasted waistcoat with matching buttons and narrow vertical stripes. Jacke's trousers are also striped, though it appears in the British Museum copy that they are blue trousers with narrow white stripes running vertically. The Library of Congress version shows stripes that are roughly equal in size both light and dark.

In both versions he wears white stockings with pointed toe shoes and rectangular buckles. In his left hand is a walking stick, and a sword or cutlass hangs from his waist.
Posted by Kyle Dalton at 7:00 AM