Watson and the Shark Revisited 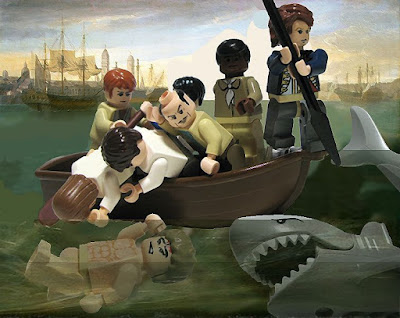 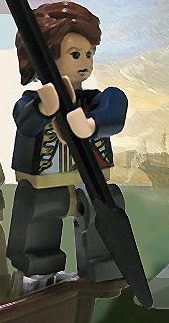 The brave sailor stands on the bow with a blunt pointed spear, rather than the boathook in Copley's original. He wears his brown hair short, a blue jacket with white lapels trimmed in cold, and a white waistcoat with gold tape. His trousers are gray.

Aft of the coxswain, this sailor sports a white neckcloth and yellowish brown smock, but has been deprived of the rope he held in Copley's rendition. 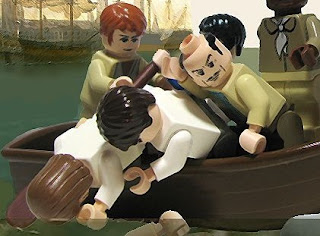 The sailors lean dangerously over the gunwales in their effort to save Watson. They are clad in shirtsleeves, save for the older gentleman, who is differentiated from the others by his baldness.
Posted by Kyle Dalton at 7:00 AM