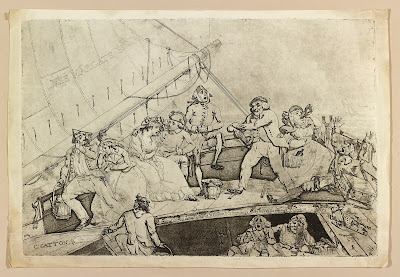 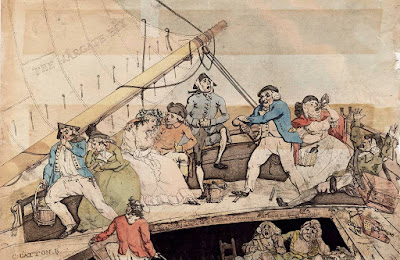 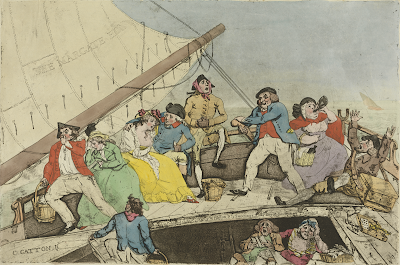 This humorous print depicts a number of landsmen and women struggling to keep their lunch in check while sailors work around them. One woman doses herself with a bottle, a Reverend struggles to cope by reading from his book, and others visually express their distress. It would be fair to assume that this print tickled Georgian funny bones, as it was reprinted into the 1790's. Later, it was erroneously attributed to Thomas Rowlandson, as the style and subject are certainly in keeping with his works. 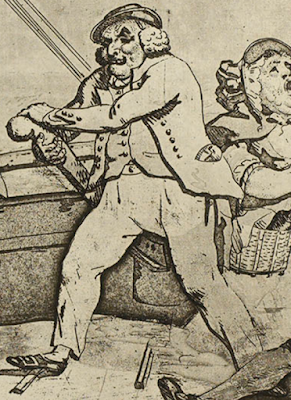 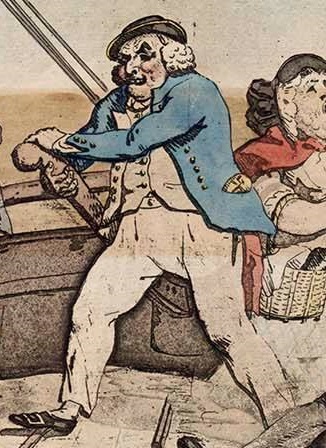 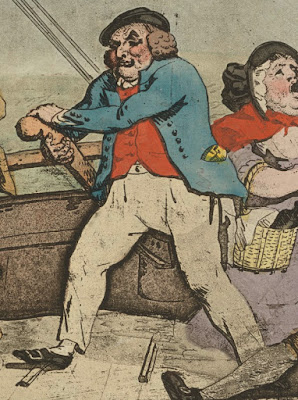 At the tiller, and apparently the only person enjoying himself, is the coxswain. He wears a short brimmed round hat with tape around the edge, which is eliminated in the second coloration. His plain neckcloth is tucked into a single breasted waistcoat with welt pockets, beneath a double blue breasted jacket with slash cuffs unbuttoned. Interestingly, the first colorized version portrays his jacket with brass buttons and a white lapel, while the second version using the same color for the jacket and the buttons, and does not colorize the lapel. Similarly, they differ in the color of his waistcoat: white in the first and red in the second. Sticking out of the waist pocket of his jacket is a brass tobacco box. He also wears a plain pair of trousers with a broad fall fly 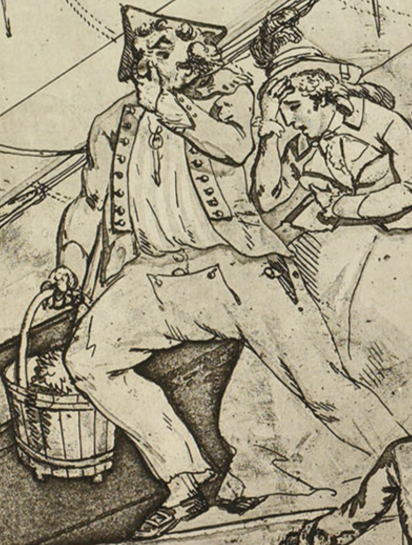 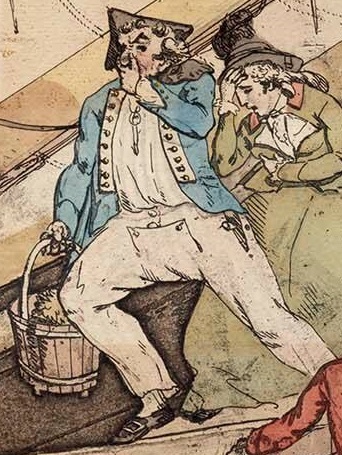 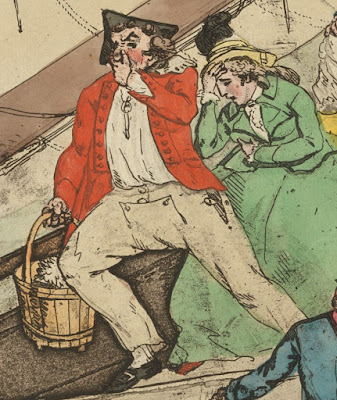 To starboard is a tar plugging his nose, presumably against the sickness of the passengers that he carries in the bucket. Like his mate at the tiller, he wears a double with buttoned down lapels, but no waistcoat. In the first colorized version he wears a blue jacket with white lapels and white or brass buttons. In the second it is a simple red jacket, with matching lapels and buttons. His trousers match that of the coxswain, though we get a good look at this side seam pocket, out of which peeks a pipe. Atop his head is a cocked hat with the point forward. 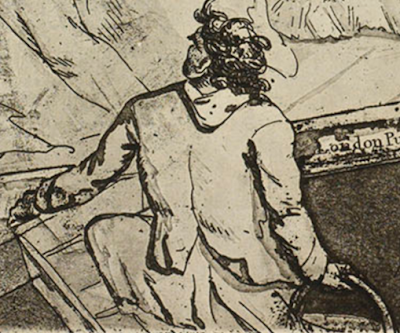 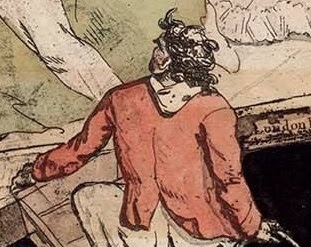 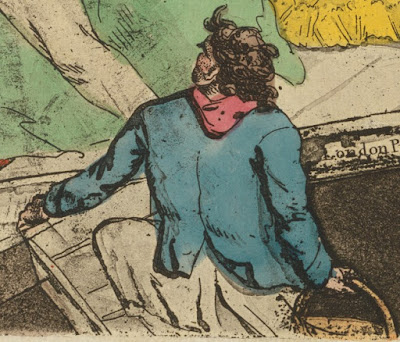 Beneath him is another sailor, this one climbing a ladder, but also carrying a bucket. He wears no hat, a jacket that has a single vent at the back, a white kerchief, and a pair of petticoat trousers. The first colorist gives him a red jacket and white neckcloth, in the second he has a blue jacket and red neckcloth.
Posted by Kyle Dalton at 9:09 AM