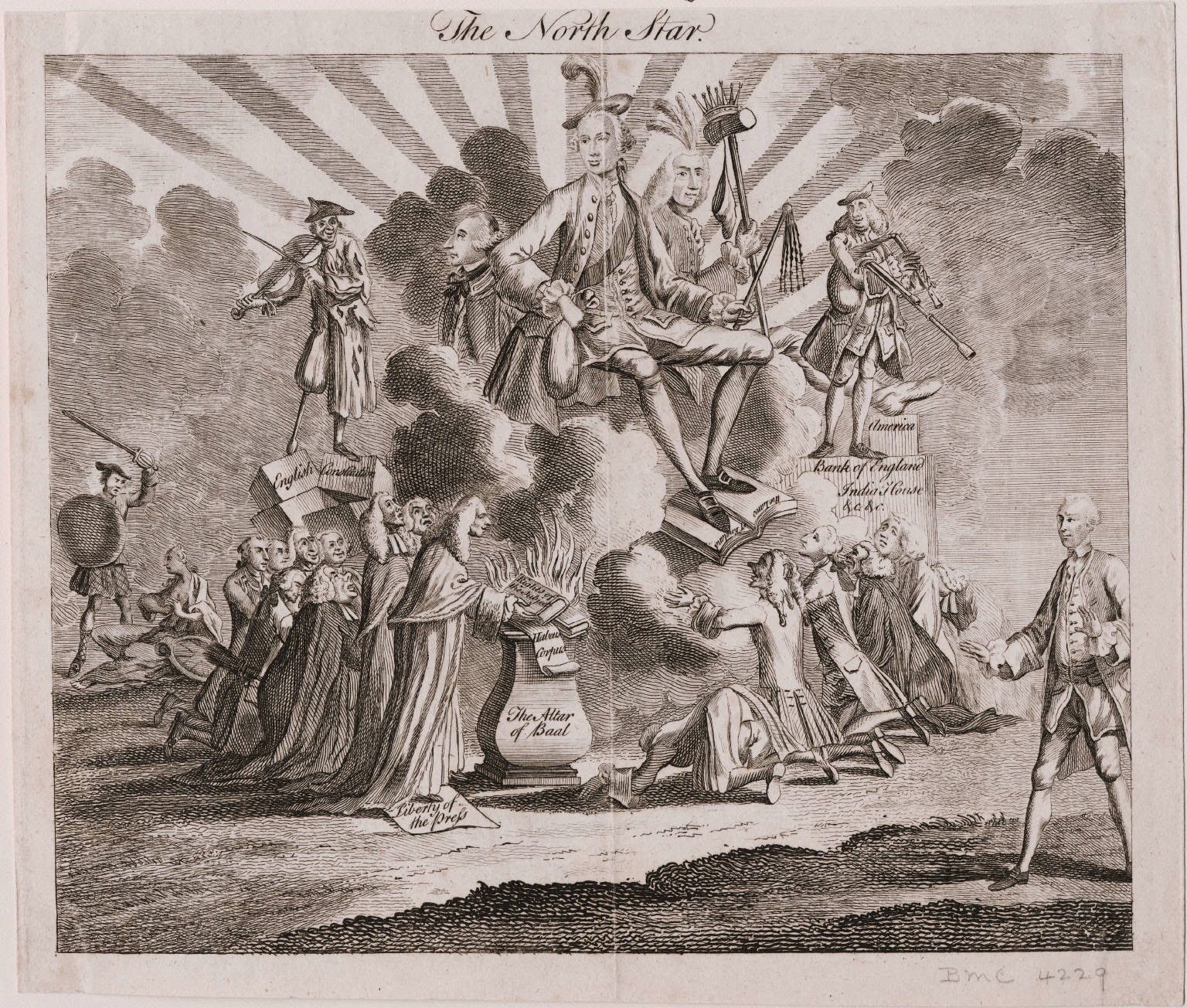 In a typically crowded political cartoon, Pitt sits above the Altar of Baal where judges burn "Habeus Corpus" and "Rights of the Subject," while a Jacobite prepares to slay a bare breasted Britannia, and politicians kneel and praise their new pagan god. And we thought modern political pundits were paranoid!

Among the characters in this piece is a tar playing a fiddle astride boxes or blocks entitled "English Constitution." 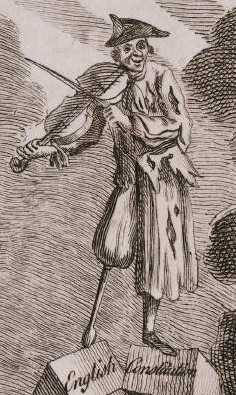 He wears a backward turned cocked hat and a grotesque grin. His short jacket with open mariner's cuffs is tattered which doesn't give us much idea of where precisely it would have ended, but perhaps at the top of the thigh. Equally worn slops run down to about the top of the calf of his good leg, but are tied up above his peg leg. About his neck, though largely hidden from view is a plain neckcloth.
Posted by Kyle Dalton at 11:54 AM