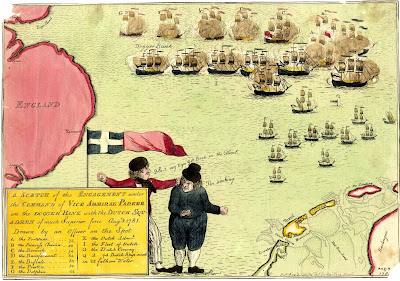 A scetch of the engagement under the command of Vice Admiral Parker on the Dogger Bank with the Dutch squadron of much superior force Augt 5. 1781, Thomas Colley, 1781, British Museum.

Celebrating the British Naval victory over the Dutch, the cartographer's illustration of the lines of battle is given a bit more liveliness with the caricatures accompanying the legend to the bottom left. Jack Tar grabs his Dutch opponent and brings back his opposite hand to deliver a blow. 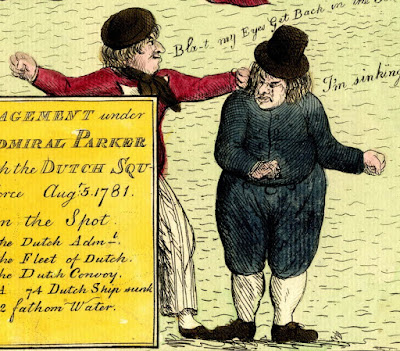 The details are a little difficult to make out in this piece, but thankfully the British Museum has another copy of this piece that is uncolored, and shows the artist's original intent. 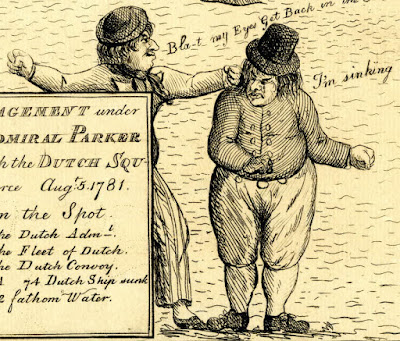 Jack wears a round hat with a short and upturned brim, a black neckcloth, a short jacket with wide white lapels (the jacket itself red in the image above), and wide legged trousers with narrow vertical stripes.
Posted by Kyle Dalton at 8:00 AM