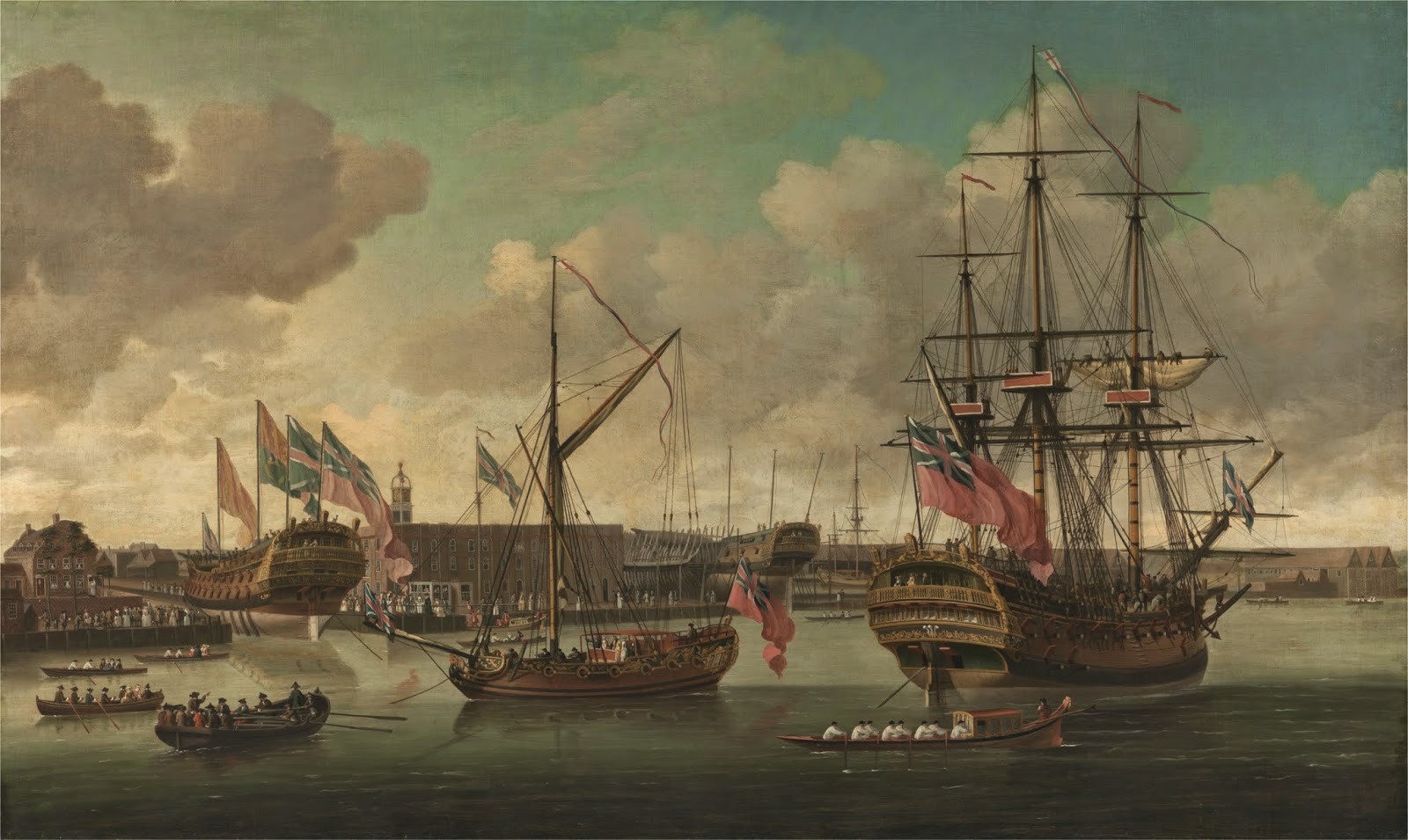 Illustrated in this painting is the launching of a new vessel. It sits to our left, and we face its stern. Broad flags wave from where her masts will sit. Gathered on vessels in the water, and all along the waterfront, is an eager crowd, turned out in their best.

The small figures of sailors, dotted throughout this piece, are especially useful to us because many of them would have been turned out by their captains in the best clothes they could. For a special event such as this, the appearance of the crew would reflect upon the ship and, by extension, its commander.

Once again, I encourage you to visit the link above to the Yale Center for British Art to get a much more high resolution version than the details I'll be posting here.

The ship on the right has a working crew aboard, wearing a wide variety of clothes. Blue, brown, and red jackets are scatted about among the tars who wear what appear to be slops. Most are in knit caps, though at least one is very clearly in a round hat with an upturned brim.

Their mates aloft are in a mix of trousers and slops. Most are in blue jackets, though the lad furthest to starboard is in a white or brown jacket.

Here things get a bit murky. The line between sailors and waterman is a bit vague. For example, these men are almost certainly watermen:

The fact that they are wearing matching uniforms and rowing a ceremonial barge makes it unlikely that we're looking at the usual appearance of common sailors. It could well be that they are sailors when they can find the work, and have been taken on to row the barge for this special occassion, but even if that is the case, they are not in the clothing of common seamen.

But this boat is not so easy to peg:

The men in the back are passengers, but what do we make of the oarsmen? They all wear backward turned cocked hats and jackets without waistcoats. Most jackets are brown, though one is blue. One of them wears a pair of red breeches, yet the others wear brown breeches. Are these men sailors, or do they work ferries and barges in the River Thames? It's impossible to know that merely from looking at this painting or their clothing.
Posted by Kyle Dalton at 8:00 AM