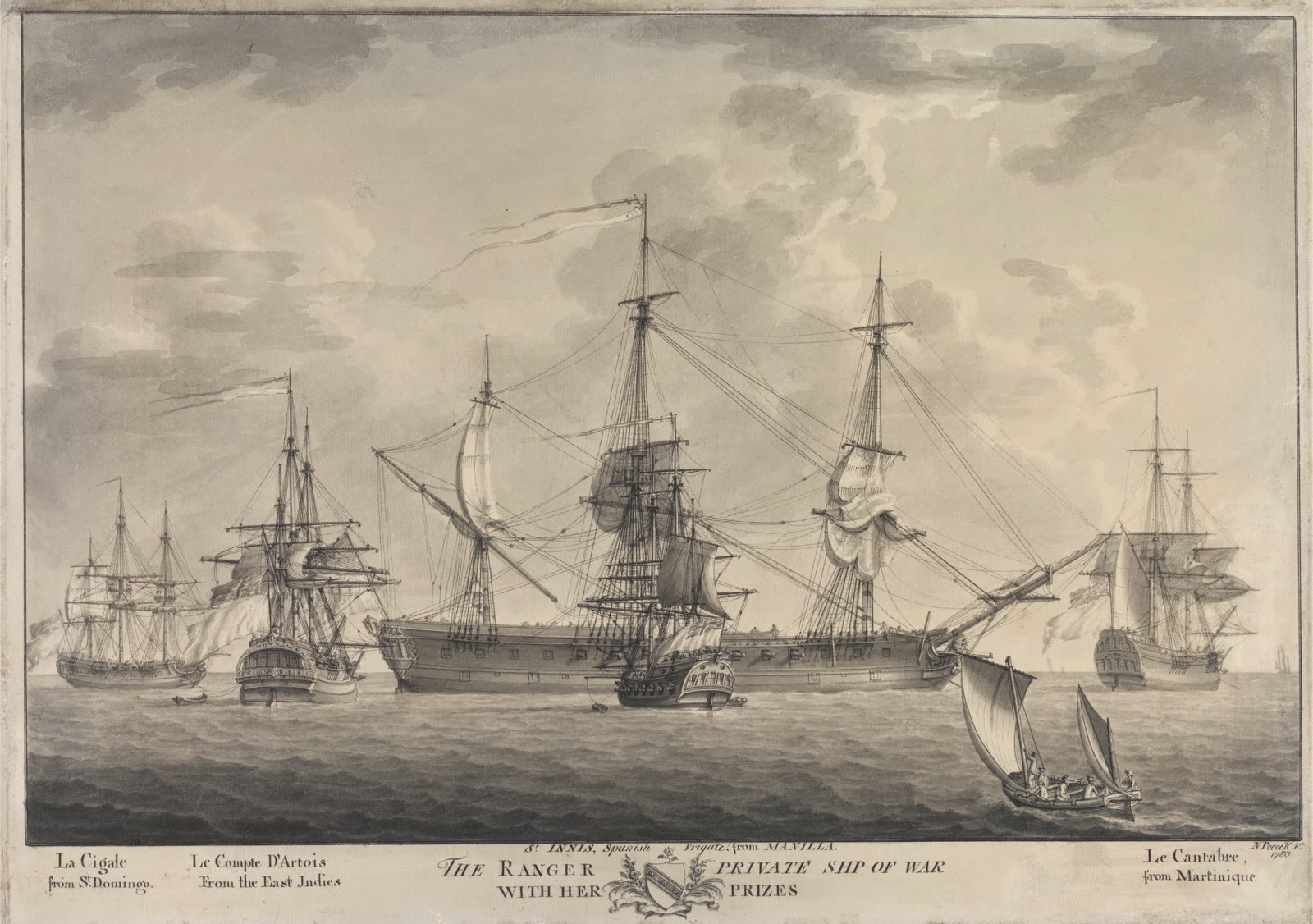 The Ranger, Private Ship of War, with her Prizes, Nicholas Pocock, 1780, Yale Center for British Art.

This is a very interesting piece! The print commemorates the success of a British privateer Ranger in capturing numerous Spanish merchantmen in the Philippines. That in itself is fascinating: very few images in this blog address the Pacific. What is just as interesting is the addition.

The original piece by Pocock was sold at auction through Bonhams in 2010 at a remarkable price ($11,112 American). What's more, the original piece did not have the cutter we see in the lower right. It was an addition by the printer! 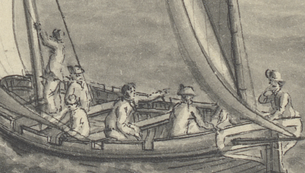 These sailors, not included in Pocock's original, are the focus of today's post. At the stern is a tar with a wide brimmed round hat turned up by the wind. To his left and leaning against the portside bulwark is a fellow with a closer fitting coat and cocked hat. It is quite possible this man is an officer. Further forward and pointing toward one of the prizes is a tarpawlin without a hat, wearing a pair of trousers and a short jacket with a neckcloth. The next sailor up, and in the foreground, appears to be wearing a knit cap and jacket. Behind him is a jack with a cocked hat, point forward, a short jacket, and a dark neckcloth. The last tar is standing, hauling away. His outfit is much the same as the others, with a short jacket, trousers, and possibly a knit cap, though it is difficult to be certain.
Posted by Kyle Dalton at 8:00 AM