To the Brave Garrison at Gibraltar, 1783 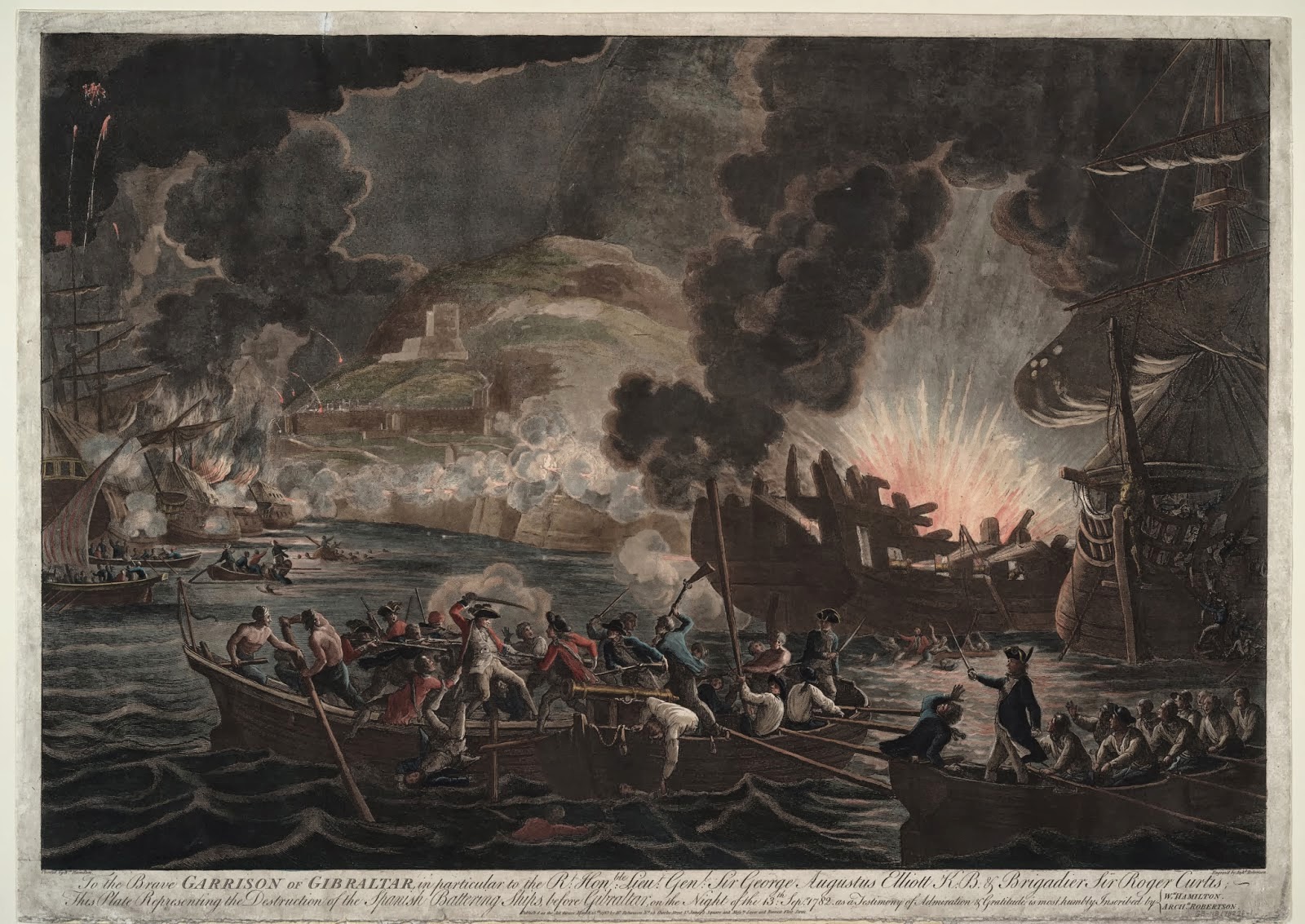 To the Brave Garrison of Gibraltar, William Hamilton and Archibald Robertson, 1783, collection unknown.

Here's another Gibraltar piece that I added to my computer some time ago and lost the source to. Please let me know if you can identify the collection!

While yesterday's piece on the Siege of Gibraltar focused on the bloody consequences of the British victory, this print is firmly fixed int he midst of the action. British sailors tangle with their enemies in open boats while floating batteries fire on their fortifications, and another bursts in an explosion that illuminates the scene.

Raising his sword is a British officer, quite possibly General Eliott. He alone focuses on the action before them, while all of the oarsmen look to the explosion to their starboard. Only the seaman in the bow of the boat wears a jacket, and he also wears a black neckcloth as well. The rest of the men are distinguished only by the round hats and knit caps scattered among them. 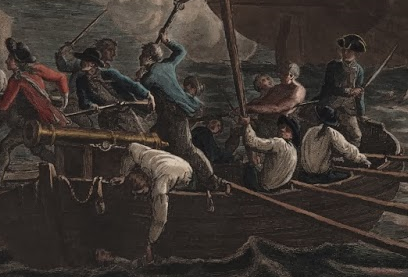 It is my guess that these men are British. This is supported by the tar in his shirtsleeves who leans over the port bow to rescue a drowning sailors: probably a nod to the next morning's rescue effort. The oarsmen are in shirtsleeves with round hats and black neckcloth. Charging into the opposing boat are a pair of tarpawlins with muskets. Each wears a pair of plain trousers and a blue short jacket. The jack charging his bayonet wears a round hat with an upturned brim and white neckcloth. Leading the charge is another sailor, or possibly a marine. He wears a round hat with a wide brim, a red jacket, a white pair of breeches, and a cartouche box. 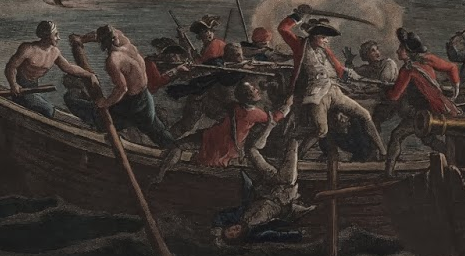 This vessel is most likely Spanish, though I cannot be sure. Mainly we see marines, fighting or fleeing from the British onslaught. In the stern is an oarsman and coxswain, both shirtless, and wearing blue breeches.
Posted by Kyle Dalton at 8:03 AM