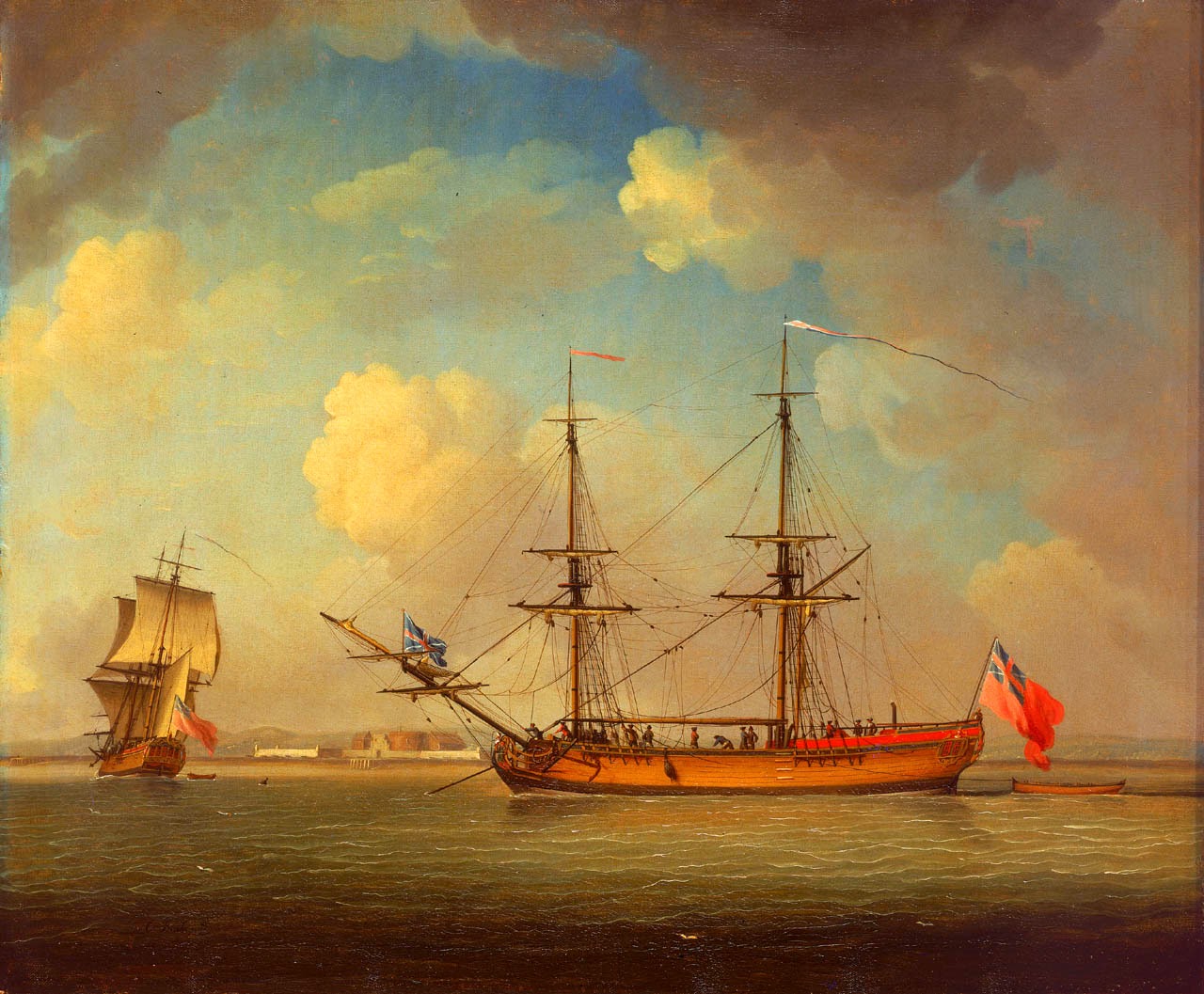 A snow is a square rigged two masted vessel with a trysail rigged on her mainmast. In landsmen's language: she has two masts with rectangular sails, and on the furthest mast back she carries a sail that runs fore and aft, rather than port to starboard.

The snow's crew are pretty unremarkable in their dress. Most wear round hats and cocked hats, as well as trousers. What is interesting is that their jackets are of a variety of colors: brown, blue, and red. A ship's company purchased their slop clothes (or the fabric to make them) from the purser through the "slop chest" or store. This meant that a crew would, in fairly short order, be dressed very much alike each other as they were all getting their fabric and clothes from the same source.

Perhaps this crew has just entered, and so came from a variety of other vessels and from ashore. That would explain the jostled look of their garb.
Posted by Kyle Dalton at 8:00 AM