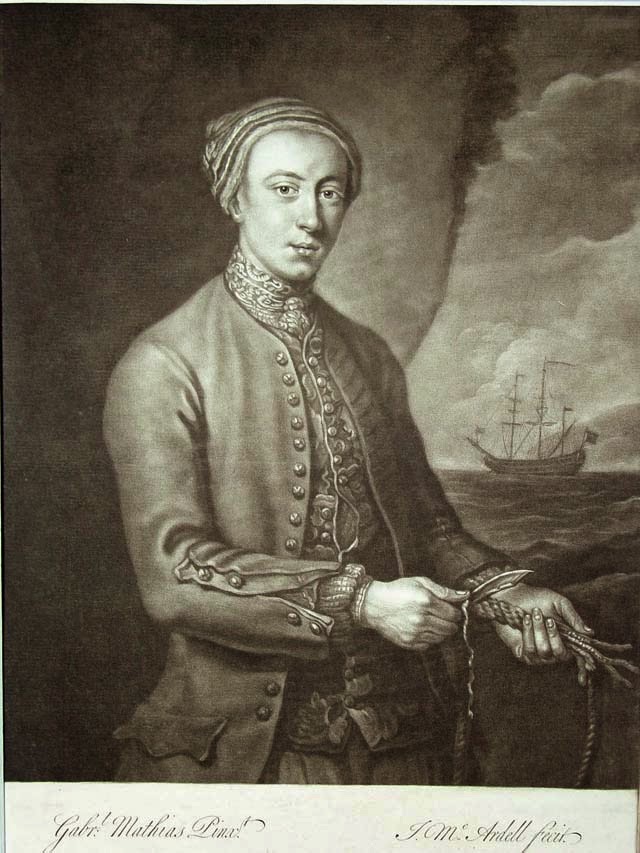 As I have said before, the focus of this blog is the clothing of common sailors, and so I tend to filter out images of officers. Thank goodness that Jeanne Willoz-Egnor, Director of Collections Management for the Mariners' Museum and Park in Newport News, VA brought this to my attention!

Officers of all ranks were required to know the art of the mariner, and it was not uncommon in the eighteenth century to see officers aboard ship in clothes that were not unlike that of the sailor. What is less common is to see those practical and low class clothes being worn in a portrait!

Wilkinson was certainly a skilled captain, and his portrait is a reflection of that. He was proud of his ability to manage a ship and her crew. As such, this image is an indication of how an officer would distinguish himself as visibly superior to the average tarpawlin, while adapting the undeniably more advantageous aspects of sailor's garb into their own wardrobe. 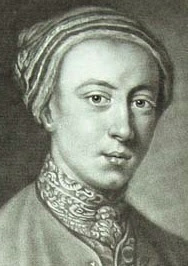 A close-up of Captain Wilkinson's head really throws the blend of fancy and practical into relief. His cap is striped, much in the same fashion as the knit caps sailors and watermen were known to wear. Yet on closer inspection, the nature of the cap is probably more akin to a gentleman's banyan cap. 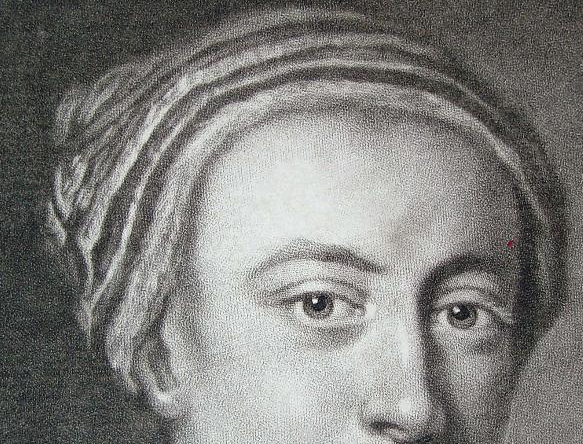 It appears that his cap is fur lined! Both more comfortable and more expensive than your average sailor would have. 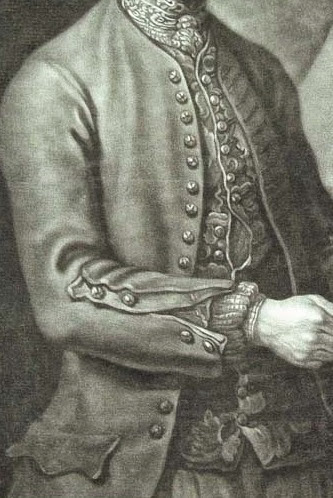 Captain Wilkinson's torso likewise demonstrates the conflict between his class and his trade. The cravat is of a fancy pattern, and neatly tied at that. It is tucked into a fancy brocade waistcoat with matching fabric buttons. The only concession this gentry waistcoat makes to our Captain's profession is that it is somewhat shorter than the average mid 1750's waistcoat.

While the waistcoat and cravat scream his station in life, the simple checked shirt and short jacket betray the salt in Captain Wilkinson's veins. The simple jacket is without a collar or lapels, and his simple flap pockets have no buttons.

A closeup of his sleeves is particularly enlightening. Firstly, his left hand (the one supporting the frayed line) comes from a sleeve that shows its seam: right along the underside of the arm. Secondly, his right arm is clad in an open mariner's cuff, but with a twist.

Common sailors are often depicted as simply leaving the cuffs open, but this jacket is designed to leave its cuff open. There is fully space for two more buttons on that cuff, yet there are neither buttons nor even buttonholes. Unless my eyes deceive me, there aren't even buttonholes for the outermost buttons. What we do see in the gap is another strip of fabric intended to provide warmth or protection in the open space, while still allowing the freedom of movement that sailors treasured from open cuffs.

Absolutely fascinating piece!
Posted by Kyle Dalton at 8:00 AM