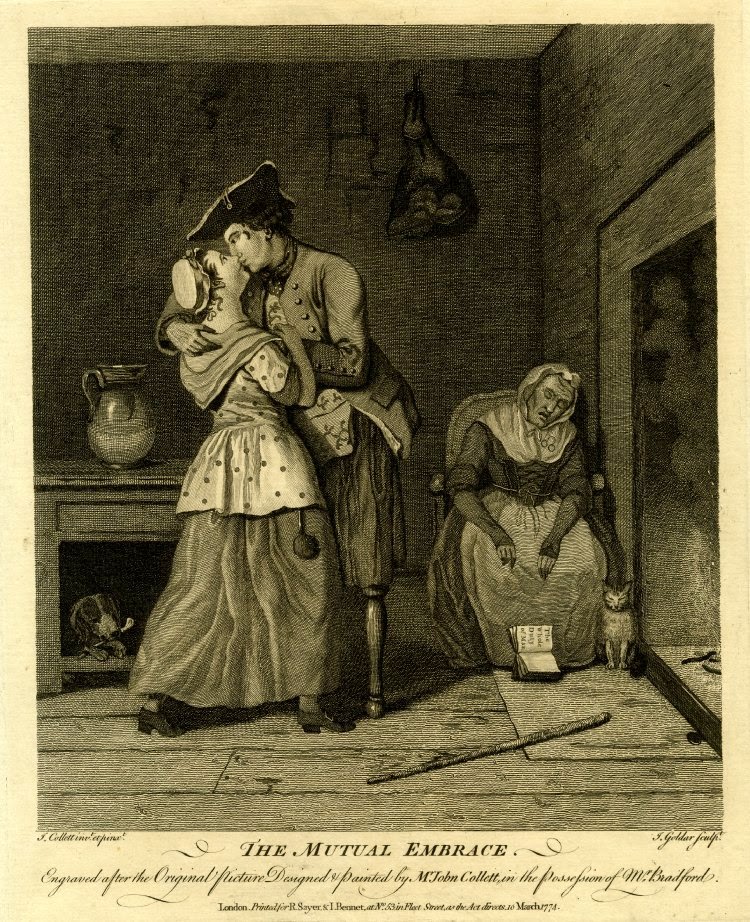 Think this looks a bit familiar? If you've been following this blog, you may recognize this as the exact post and scenario from Rowlandson's later "The Sailor's Return from Active Service."

Borrowing (or stealing) from other artists and printers was widespread in the eighteenth century, so it's not surprising to see the image lifted. What is interesting is that Rowlandson elected to give the sailor his leg back. 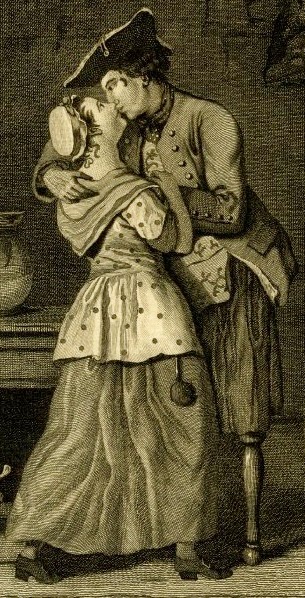 Our hobbling tar wears a cocked hat trimmed with white tape, along with a loop and button. About his neck is a dotted neckcloth, tucked into his fancy embroidered waistcoat. His double breasted jacket is without collar or lapels, but does sport a simple button down mariner's cuff matching the buttons on his front, and waist pocket flaps. The jacket is lined with a lighter material.  Over his well polished peg leg is a pair of dark slops.
Posted by Kyle Dalton at 12:52 PM