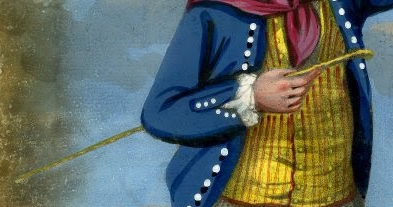 Too often I have classified the sticks that sailors carry as "rattans." On reflection, I realized that this was not occasioned by my own research, but merely gained from passively absorbing the term "rattan" through the years. I couldn't recall ever having anyone directly tell me that rattans were common in the period of my research.

This made me question: were they really using rattans? 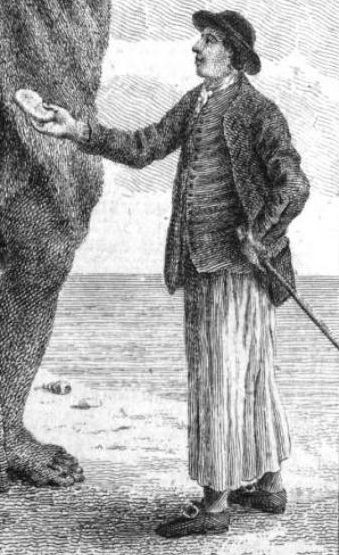 The purpose of their use is not in dispute, and certainly they were in use during the Napoleonic period. To examine the decades we explore in this blog, I turned to the ever reliable Google Books.

The excellent Edward Ward book The Wooden World Dissected, republished throughout the eighteenth century, uses the term rattan, but only in reference to the boatswain:


...He's most terrible then in the Captain's presence ; let Jove but say the word, and streight he begins to execute his judgements, darting his rattan thunderbolt...at the case-hardened sculls of the quaking sailors.

Other sources demonstrate that it was not just the bosun who used the rattan.  The Scots Magazine of 1788 ran a piece from the book Remarks on the Naval Actions of Last War, in which the author was highly critical of the use of the rattan:


The old method of enforcing discipline, was without method, by main strength, and the frequent use of the rattan ; without which, no officer, from the Captain down to the youngest Midshipman, ever went upon deck. Even twenty years ago there was much of this sort of discipline (if it can be called by that name) remaining in the service.

Multiple sources complain of the use of the rattan in shipboard discipline. The Gentleman's Magazine published a letter from 1759 written by a Mr. Urban, "one of those unhappy men who...was surprised by an ugly set of fellows called a press gang." He wrote that aboard ship:


...Every petty officer, of but a month's standing, who, ignorant of duty, whether performed right or wrong, flourishes[?] his rattan over the heads of the ablest seamen.

In yet another letter, this time to The Centinel in 1757, a victim of the press decried the rattan's use. The conditions aboard were so miserable that several of the pressed attempted suicide. He writes that a man threw himself on a rusty nail, and for his effort "was...disciplined with a rattan by the mate." 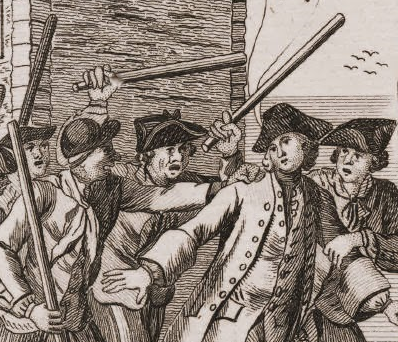 What all of these sources have in common is that it isn't just any sailor with a rattan. Mates, bosuns, and officers carry them specifically for discipline. Press gangs, like that shown above, were probably also armed with rattans.

Perhaps the numerous images that I have labeled as having rattans do not actually contain them. I'll be doing more research in the future to try and pin down what precisely our tars so often take with them. Until then, what do you think? Are they walking sticks? Canes? Shillelaghs?
Posted by Kyle Dalton at 8:00 AM

Email ThisBlogThis!Share to TwitterShare to FacebookShare to Pinterest
Labels: rattan