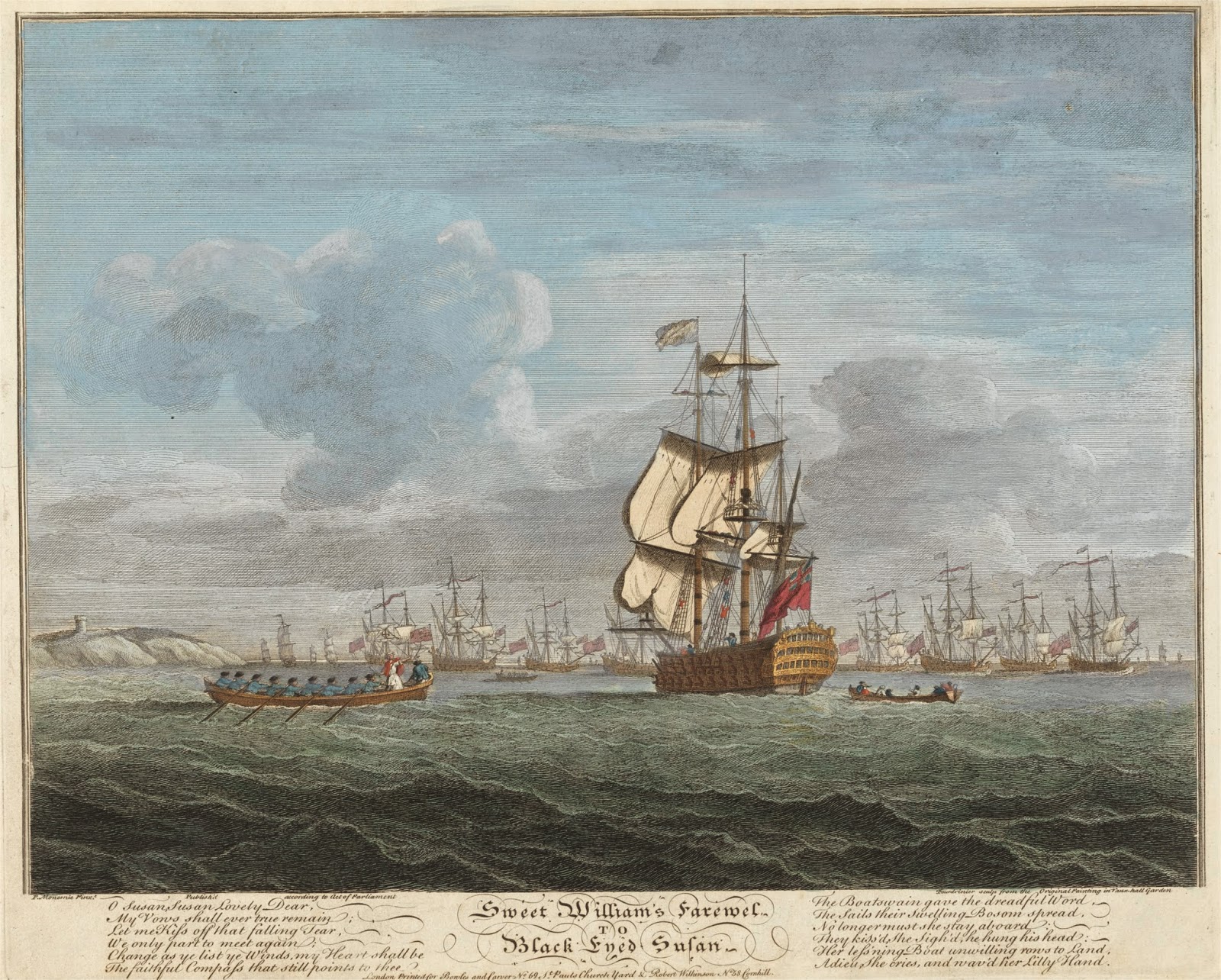 Thanks again to Eric Bloomquist for pointing this out to me! At first glance this looks like any other nautical print of the eighteenth century. On closer inspection, and given more than a hint by the title, we find that it is an example of the "Sailor's Farewell" trope. Susan, standing on the boat being rowed away, waves her farewell to William.

The oarsmen are uniformly dressed in sky blue jackets with round hats. With his back turned to us, the coxswain (who wears the same slop clothes) shows the single vent at the back of the jacket.

William stands on the larboard rail, waving his own farewell to Susan. William wears a cocked hat (or perhaps a round hat turned up at an odd angle) with a blue jacket. The sailors in the rigging and aboard the boat being dragged behind are variously dressed in blue and red jackets, with round hats and what appears to be a knit cap on the seaman in the boat.
Posted by Kyle Dalton at 8:06 AM