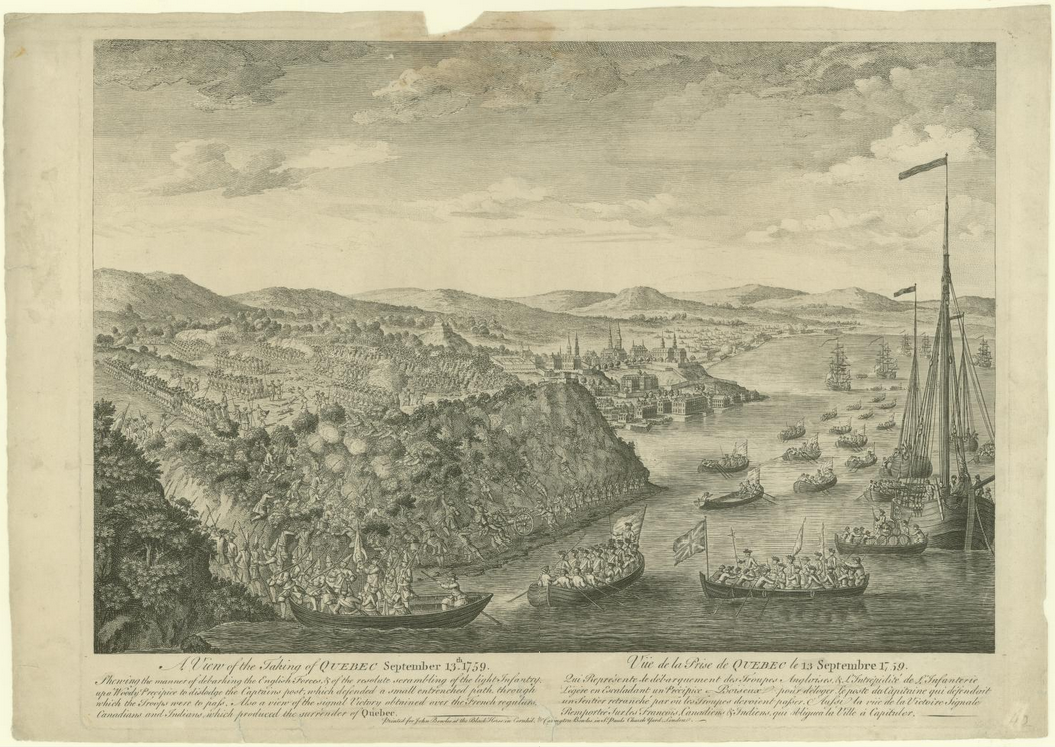 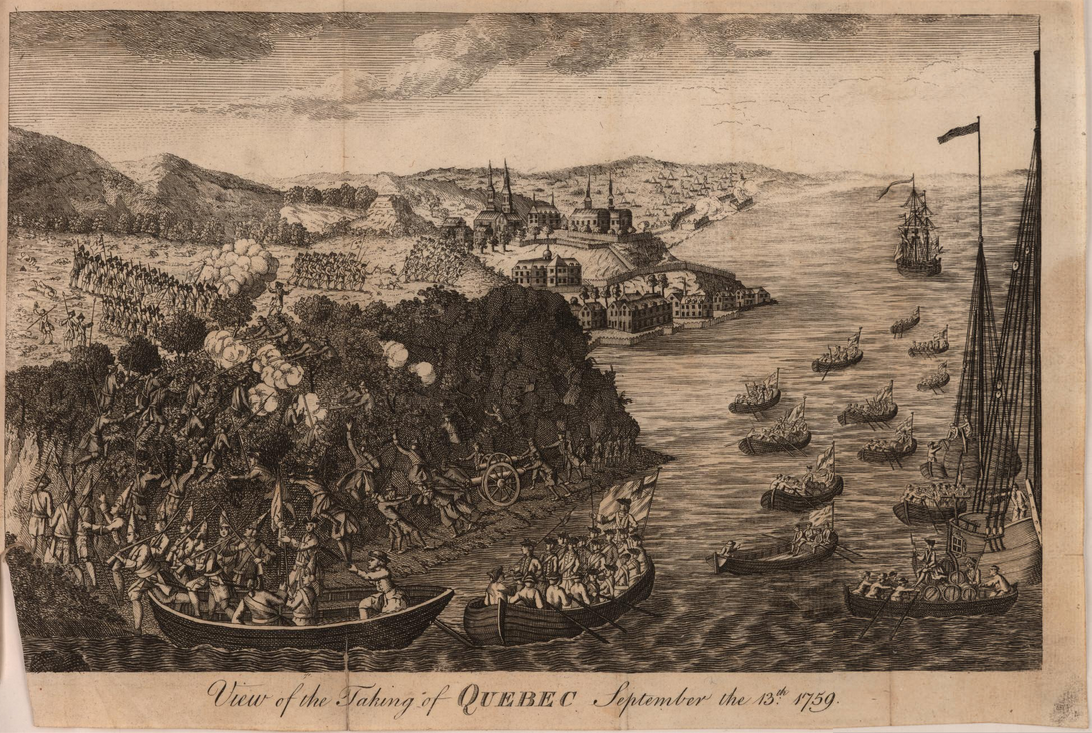 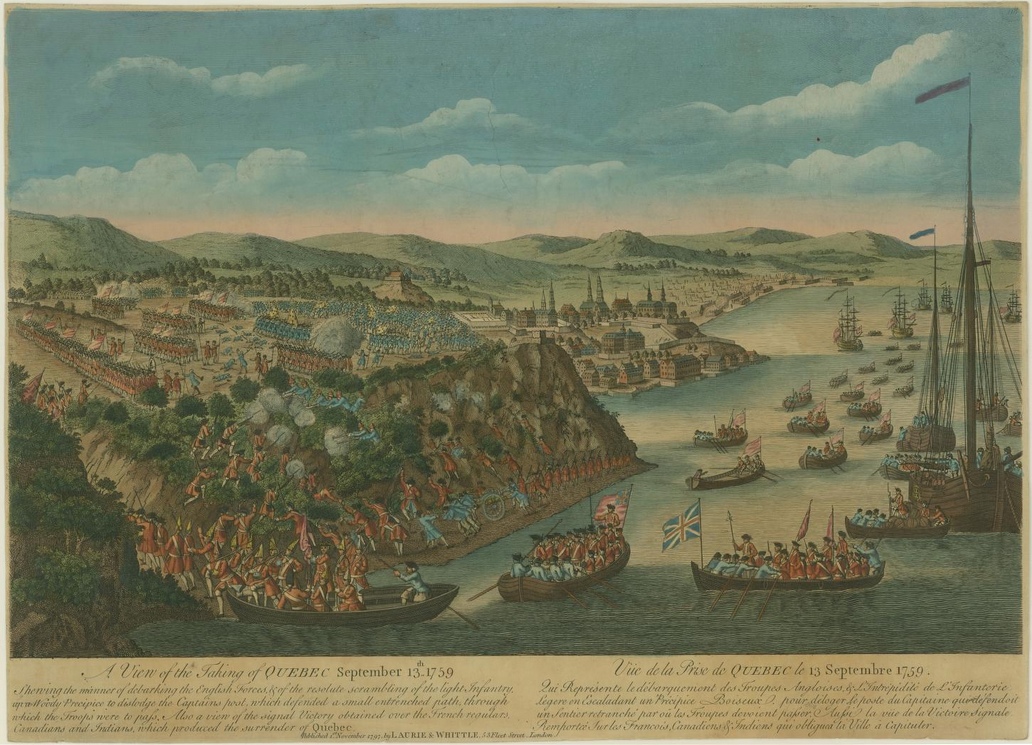 General Wolfe's defeat of the French on the Plains of Abraham just beyond the walls of Quebec itself is one of the most important events in Canadian history. Breaking the siege cost Wolfe his life, and took the life of the French commander the Marquis de Montcalm. The prints above are various versions of the same image, repeated throughout the decades of the eighteenth century to commemorate the astounding English victory in the French and Indian War.

Key to that success were the sailors of the Royal Navy on the Saint Lawrence River, who blockaded Quebec, ferried the troops ashore, and wrestled cannon up steep inclines to give the British army the edge it needed.

One of the great things about such an iconic image is that it is so often repeated. We can use these images to explore similarities and differences in the depictions of Jack Tar through the last half of the eighteenth century. We'll begin by looking at the coxswain who deftly steers his boatload of grenadiers ashore in the left foreground.

In the first image, the coxswain is a bit grizzled, wearing a round hat with medium sized brim slightly upturned, single breasted jacket, and slops. The 1774 version shows him with a much more narrow brim, and double breasted jacket. In 1797, he looks positively young, with a much cleaner turn of his hat brim. Still, the posture and general appearance of the slop clothes has hardly changed.

Focusing now on the mess of sailors who drag at the pair of cannon ashore, you might notice something odd about the guns: there is no trail! It is as thought he trunions are worked straight into the wheels of the guns. This is probably an artistic device intended to lessen the crowding in the already dense prints, rather than a true to life depiction of how guns appeared on the Plains of Abraham.

In the c.1760 detail it appears the sailors are wearing a mix of cocked hats and caps, along with short jackets and slops. The slops and jackets remain constant, but the other two images appear to show the tars in round hats.

The supply boat in the right background of these images is constant, but the boat hauling officers and regulars is not. The 1774 version cut the boat entirely!

The c.1760 version shows the tars in cocked and round hats, with jackets, while the other two versions show them without cocked hats.

Once again the 1774 version erases men and boats, but all versions are still pretty well in agreement on the appearance of Jack Tar at Quebec. Single breasted jackets and round hats make up his slop clothes, with round hats all about. Some of the mariners in the c.1760 image appear to be wearing cocked hats, but I can't be certain.
Posted by Kyle Dalton at 8:00 AM