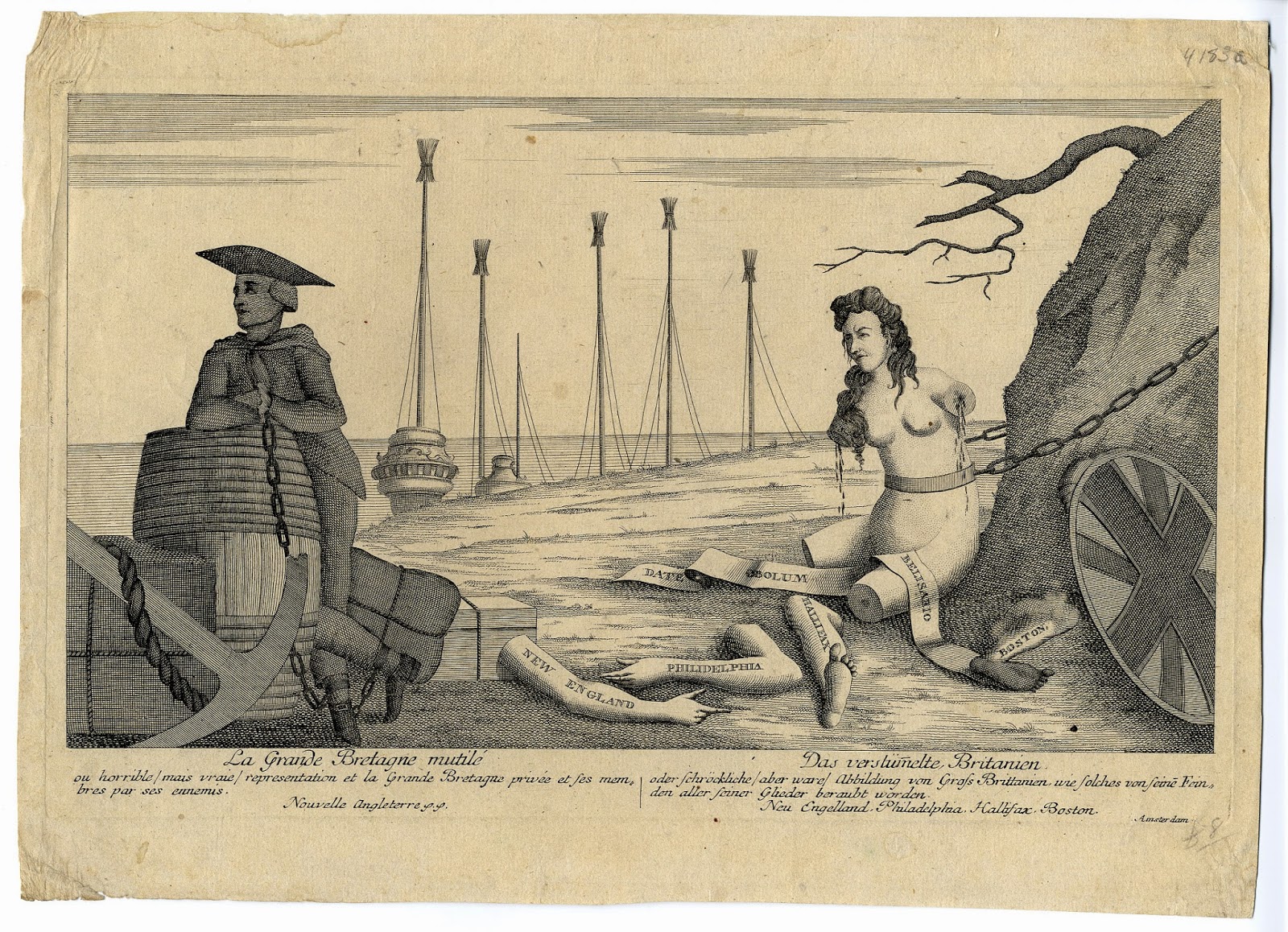 Britannia is chained to a rock and dismembered. Her limbs are scattered about her, though Britannia looks more peeved than in pain. Each limb is marked with a different American holding: Philadelphia, Halifax, Boston, and New England. This is a re-imagining of the first plate in The Colonies Reduced, with one major difference: Jack Tar has joined her in bondage. 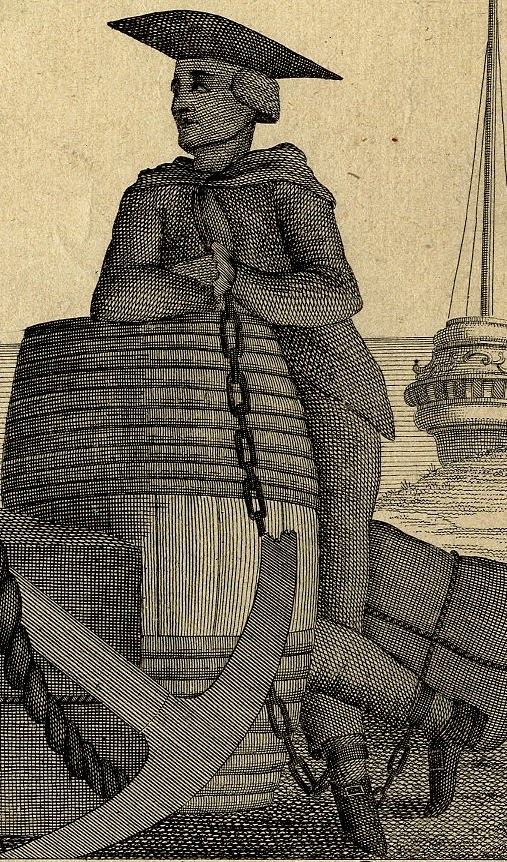 The figure may be more informed by Dutch sailors than English ones. Even so, his outfit is pretty average. He wears a short jacket ending just below the waist long trousers, plain stockings, pointed toe shoes, rectangular buckles, and a cocked hat with the point forward. The shape of his hat is a bit odd, and this may be where the Dutch influence comes in.
Posted by Kyle Dalton at 8:00 AM