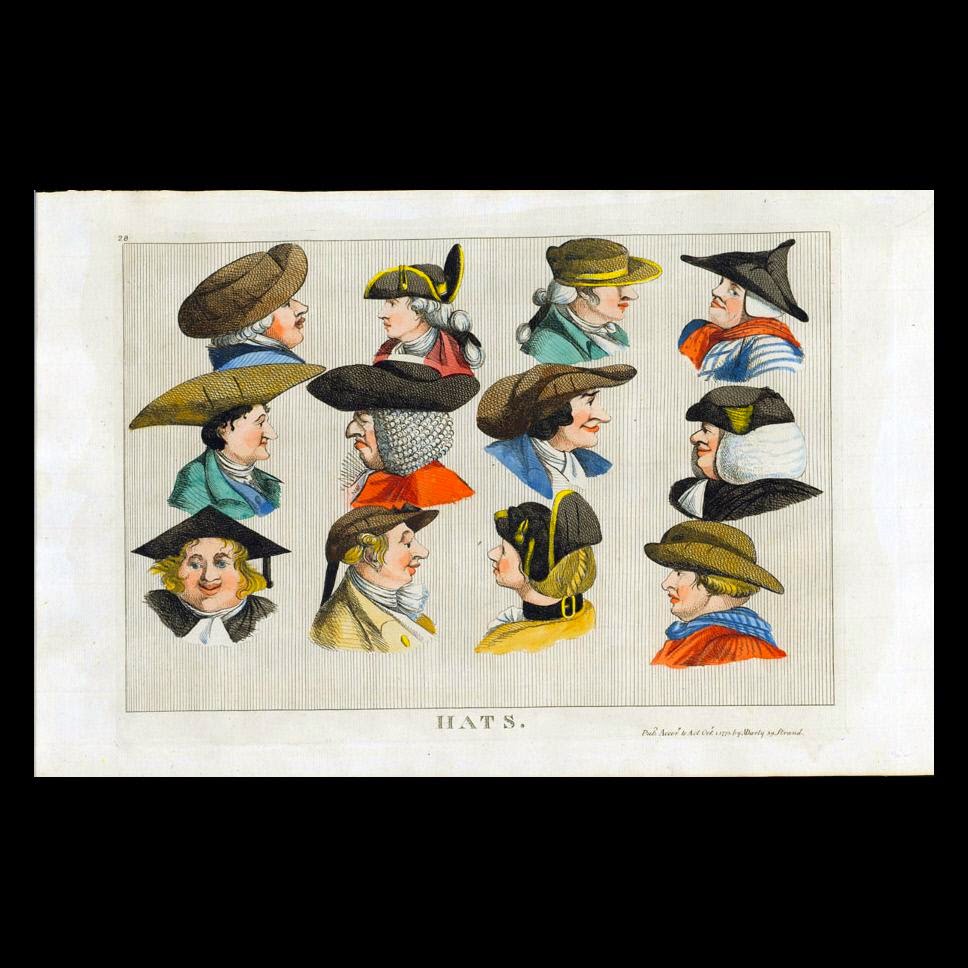 
Darly has created a caricature of the styles of hats in Britain at the time. In the words of the tailor at Williamsburg, some of the hats are only slightly exaggerated. Among these barely caricatured hats is that worn by a sailor in the upper right.

The low resolution image available on Williamsburg's website does not give us the detail we would want, but thankfully the Metropolitan Museum of Art does: 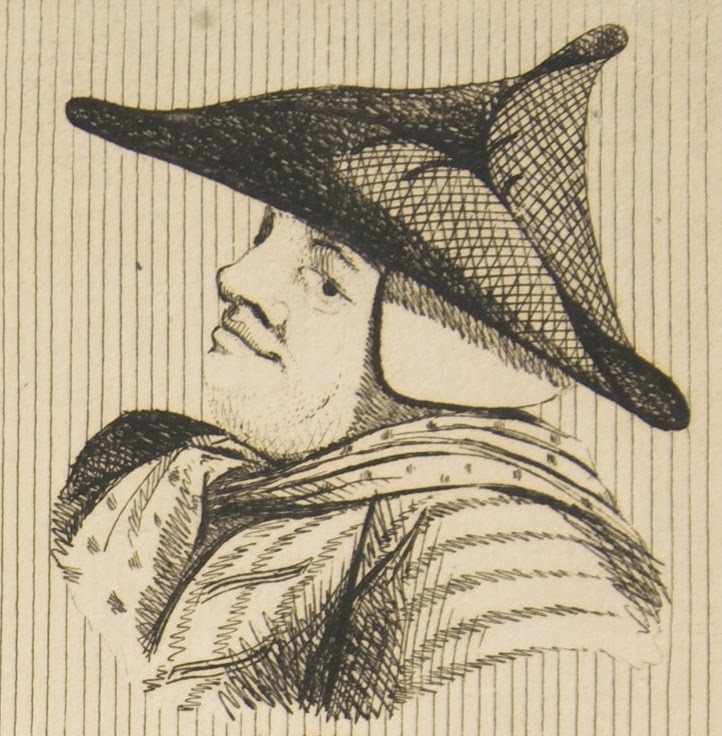 By combining the higher resolution image with the colored image we can come to a few good conclusions. As the centerpiece, the hat is worn backward and tacked down. This style fits perfectly with the 1762 style described in the London Chronicle that I addressed earlier this year in my post On Hats. It appears to be a black felt cocked hat.

Aside from the hat, our sailor wears a striped jacket (blue stripes on white in the colored image) with large buttonholes and his neckcloth is of an orange-red hue with dots.
Posted by Kyle Dalton at 9:00 AM