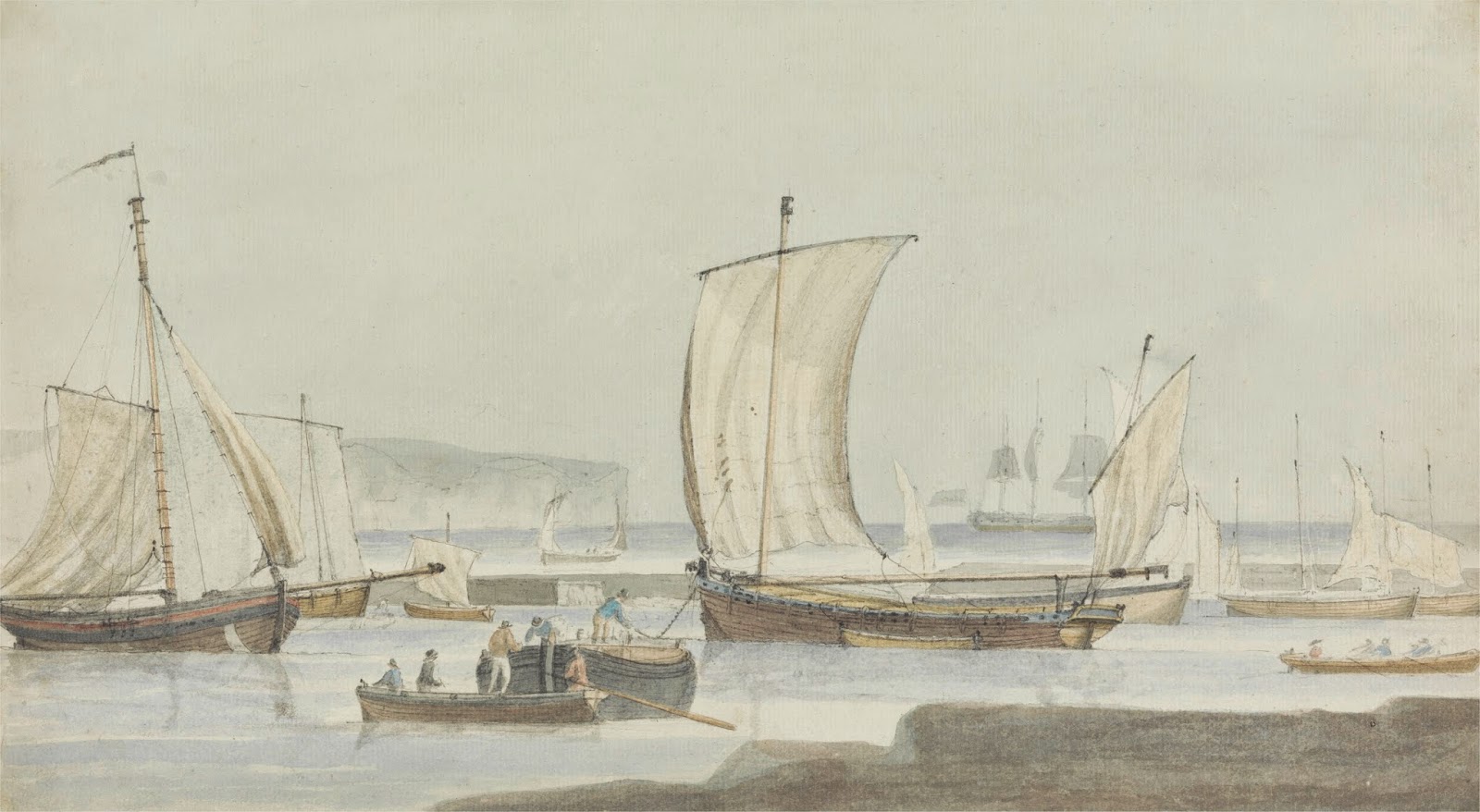 Dominic Serres has appeared on this blog before, and I'm sure he will again. His scenes often include sailors and watermen. Though it is difficult to tell which profession these men most properly fit into, their clothing would work for either class.

All of them wear round hats. The chap amidships the larger vessel has a slightly taller crown, one that might indicate a later decade of the eighteenth century. His trousers are the same as those worn by the fellow leaning onto the bow. Three of them men wear blue jackets, and two wear brown.

The oarsmen and coxswain disappearing off the right of the frame are dressed in the same garb: black round hats, blue jackets, and a red or orange jacket on the cox.

This will be the last post until after Christmas! Have a happy yuletide, shipmates!
Posted by Kyle Dalton at 8:00 AM