The able Doctor; or America Swallowing the Bitter Draught, 1774 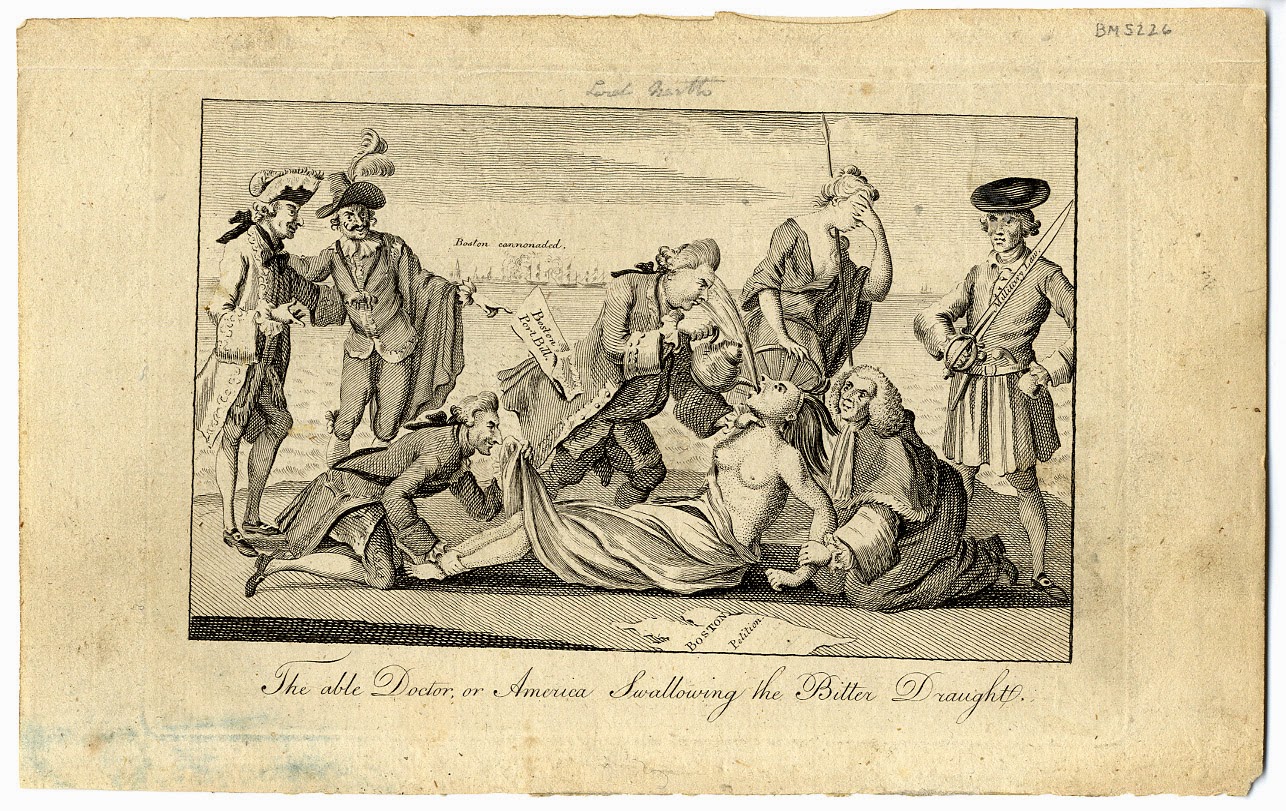 The peaceful petitions of the Bostonians lay ragged on the ground, while Ministers hold down the personification of America and force her to drink their tea. Britannia looks away in shame, but France and Spain smile at the work of the English government. The atrocity is watched over by a naval guard, who stands with sword bared. His blade reads "Military Law."

The evil Jack wears a round hat with a short crown, and short curled hair. His neckcloth is more of a cravat, and tied tightly around the neck. Its ends must be tucked into his plain white shirt, the collars of which are folded up and over his single breasted jacket. The jacket is tucked into his slops, and is made with cuffs. His slops are short, ending above the knee and giving us a very good look at the hem of his breeches. The stockings are plain, running to pointed toe shoes with oval buckles.

His sword is highly unusual, with a thick triple guard and wide blade. Certainly not the standard cutlass of the Royal Navy! At his waist is a belt with a pair of pistols, each turned with the butt forward.
Posted by Kyle Dalton at 8:00 AM