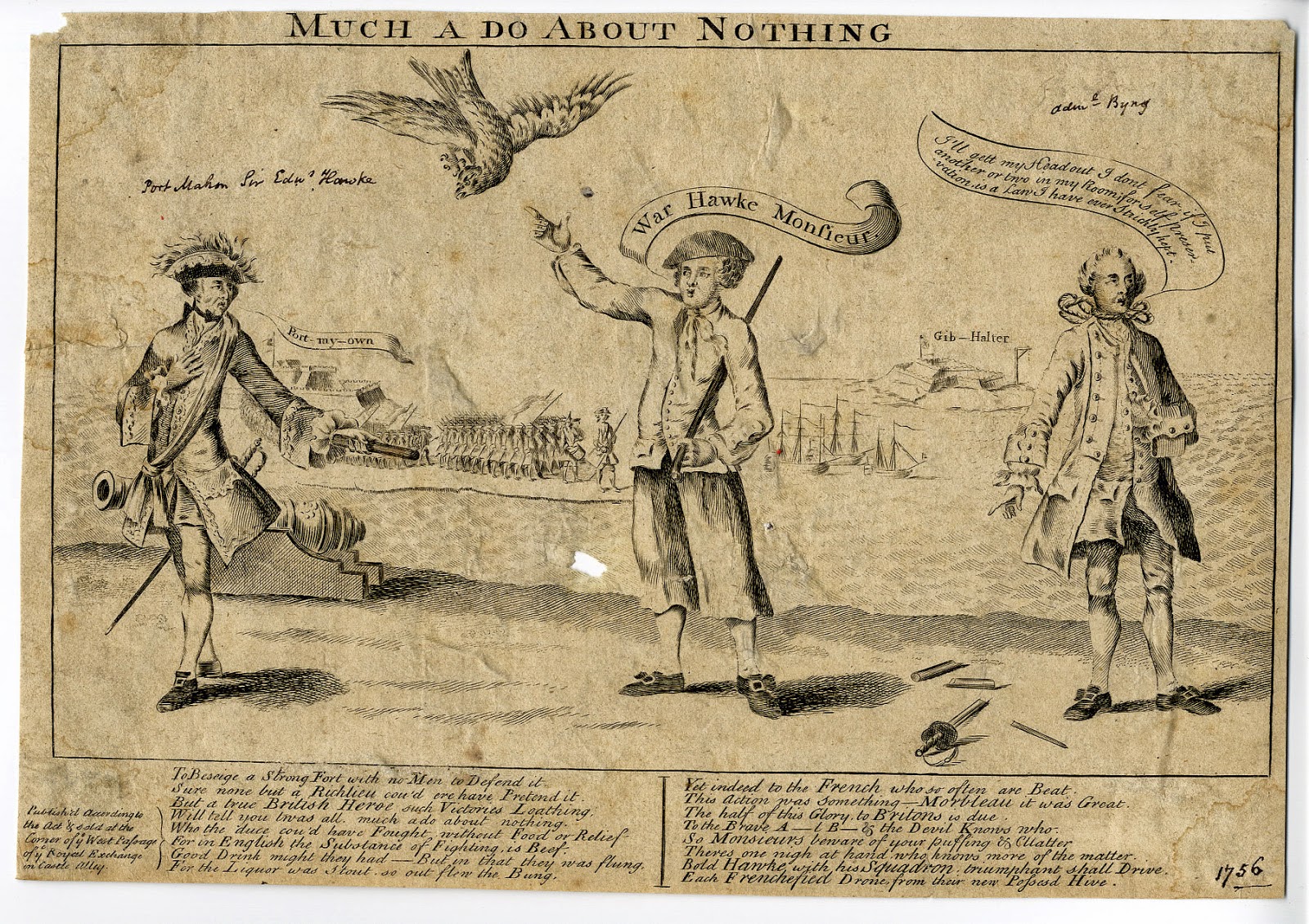 Much Ado About Nothing, artist unknown, 1756, American Antiquarian Society.

Here's another political cartoon about the Admiral Byng affair. To the left of the sailor at center are a few ships of Byng's fleet, sailing back to Gibraltar and leaving the French troops to the right of the sailor in control of Minorca and Port Mahon (or, as the Frenchman proudly proclaims it: "Port-my-own"). With a rope around his neck and a broken sword at his feet, Byng proclaims "self-preservation is a Law I have ever Strickly kept."

Byng would later be executed for not doing more to save Minorca or more thoroughly engage the French fleet there. Historians have since tended to mitigate the failure, pointing to inadequete manpower, delays not of Byng's own making, and ineffective ships. In the eighteenth century, Byng was roundly criticized and vilified. 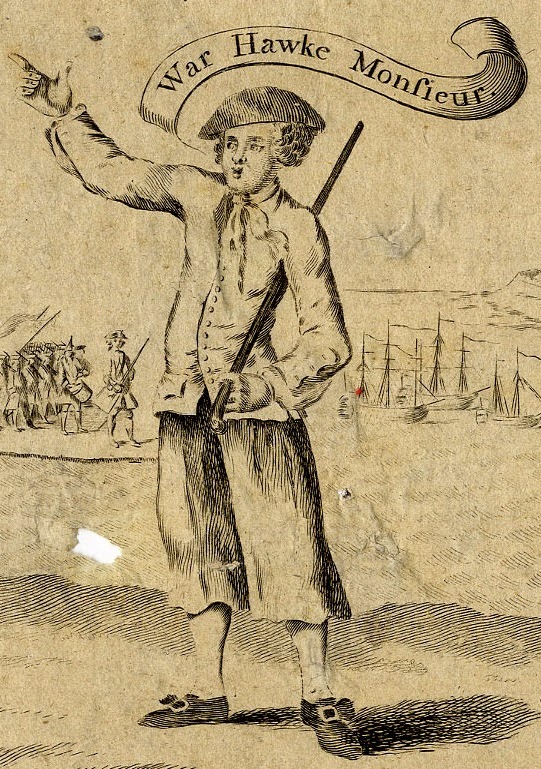 The artist appears to be exonerating Jack Tar from the loss of Minorca. Jack stands proudly and warns the Frenchman of the "War Hawke" that hovers over his head. Our sailor wears a reversed cocked hat with short curly hair. His neckcloth is plain. The jacket has scalloped mariner's cuffs left open, and a long line of buttons down the single breasted front. It appears to have a side vent on Jack's left. There are waist pockets with flaps at his waist. Slops or short trousers hang down to the top of his calves. He wears white stockings with pointed toe shoes and rectangular buckles.
Posted by Kyle Dalton at 7:28 AM