An English Sloop and a Frigate in a Light Breeze, date unknown 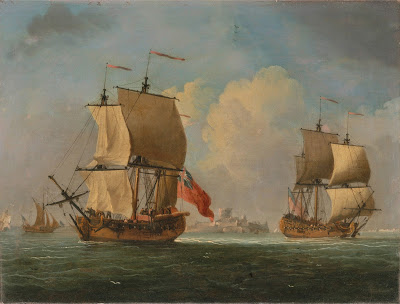 An English Sloop and a Frigate in a Light Breeze, Francis Swaine, exhibited between 1762 and 1782, Yale Center for British Art.

Both vessels painted here by Swaine in the third quarter of the eighteenth century are ship rigged. Sloop, as a naval designation at the time, did not refer to the number of masts or arrangement of sails, but rather to how many guns she carried.

The first vessel here mounts nine guns to each side, rating her at 18 guns. This makes the vessel at the right of the frame our sloop.

Her crew are not highly detailed. We can say their wear jackets of brown and blue hues, knit caps, and at least one cocked hat. Interestingly, the men on the bow wear trousers, and at least one of them is wearing blue trousers. This may be intentional, or it may simply have been to avoid having the small figure interfere with the pallet of the sail and ship. 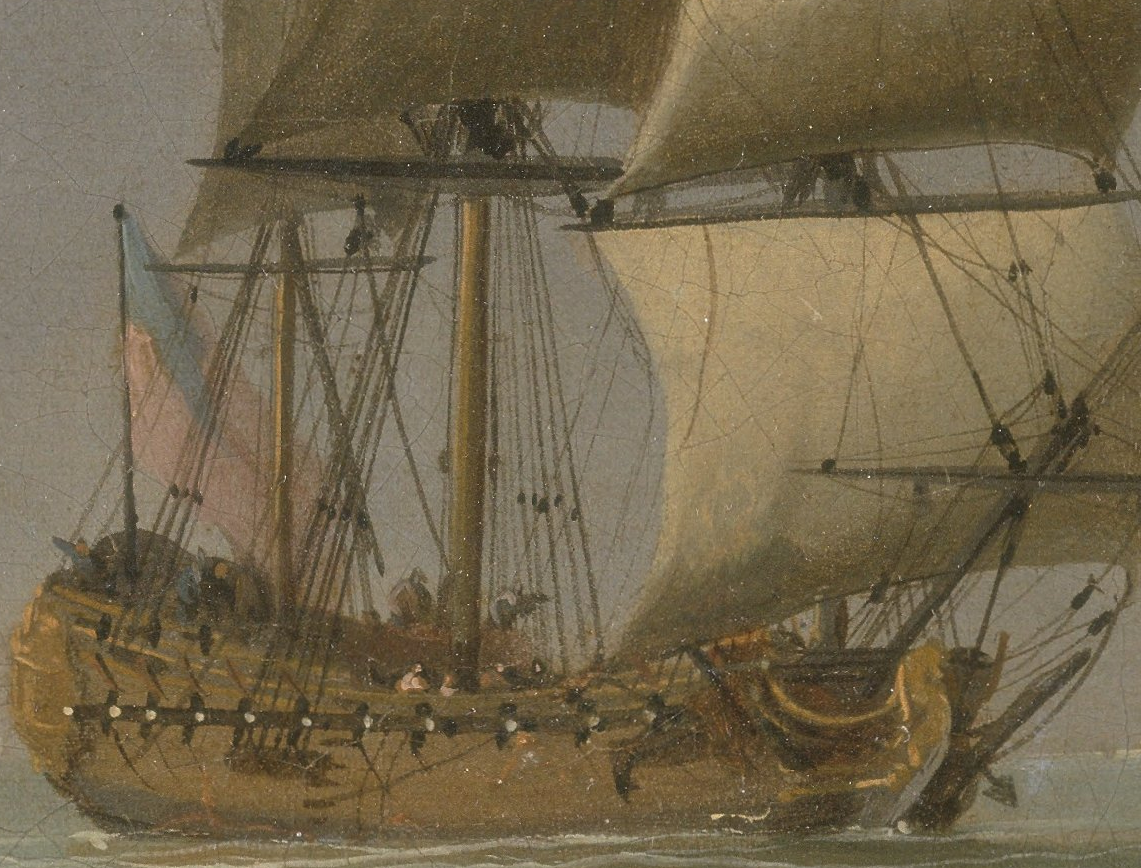 The titular frigate mounts eleven guns to each side of her gun deck, and three smaller guns per side on her poop, bringing her up to 28 altogether. This places her well within the sixth rate frigate category.

Her crewmen are muddled with even less detail than those of the sloop. Swaine was not illustrating the common men, but the seascape. So the best we can say is that some of them wear blue jackets. It doesn't leave us with much, but the painting as a whole is greater than the sum of its parts.
Posted by Kyle Dalton at 8:00 AM