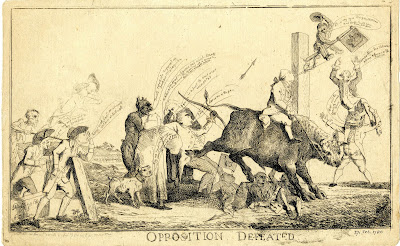 This is a dense political cartoon in which Lord North rides a bull, blowing with such ferocity that he swings a sign with a crown out of reach of the Prince of Wales, who stands atop Charles Fox's shoulders.

There's a lot going on here, including a dog, the King, and Satan. Let's focus on the sailor. 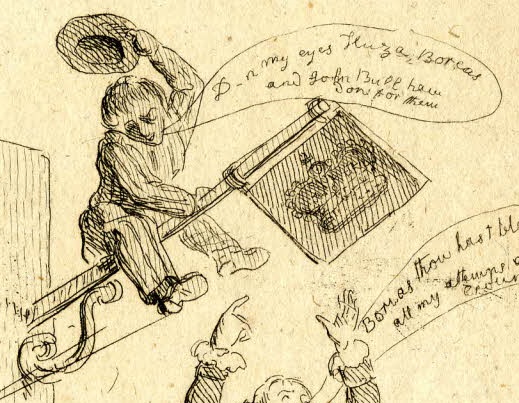 He sits atop the trade sign in the upper right of the cartoon, clutching to it and shouting "D------n my eyes Huza Boreas and John Bull have don for them!" I presume, though do not know, that he is referring to Boreas: the mythical Greek god of the north wind.

North. Wind. Get it?

Our sailor waves a round hat over his head, and wears a jacket that ends at the waist. His trousers have narrow vertical stripes widely spaced. His shoes are round toed.

It is worth noting that this pose and character are not new to political cartoons. Both the 1740 European Race for a Distance and the 1741 What's All This! The Motley Team of State have a sailor straddling a pole in a political cartoon. 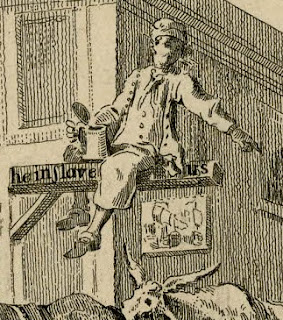