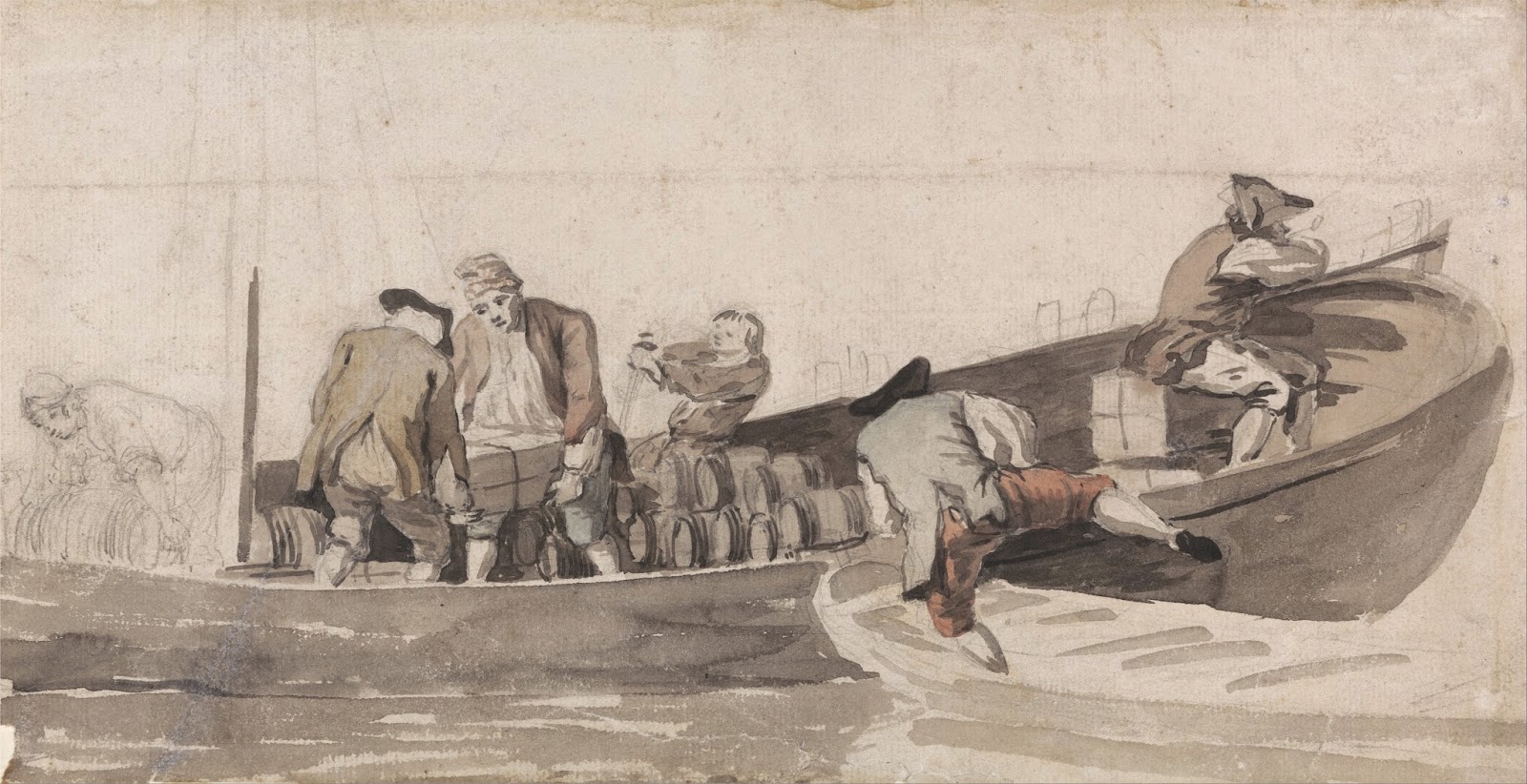 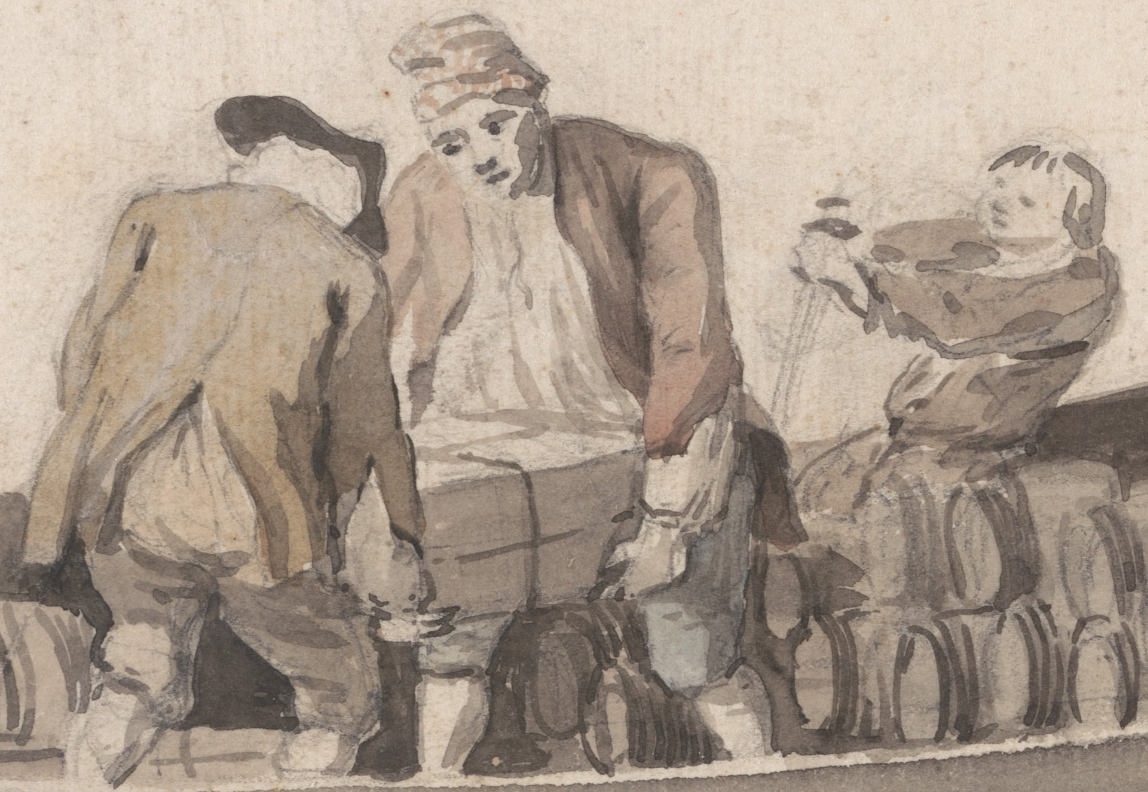 Beside a goodly number of barrels, a pair of tarpawlins haul a rectangular package aboard. Both wear short  jackets that end about the top of the thigh with long slit cuffs. Though one has his back to us, the single vent on his jacket is wide open, and suggests that he wears no waistcoat, just like the sailor helping him. Both of them wear breeches with white stockings, but their headwear is quite different. One wears a colorful knit cap, and the other a cocked hat.

At the oar is a hatless man with a jacket not unlike that of his mates. It appears to be tucked into petticoat trousers, but I couldn't swear on it. 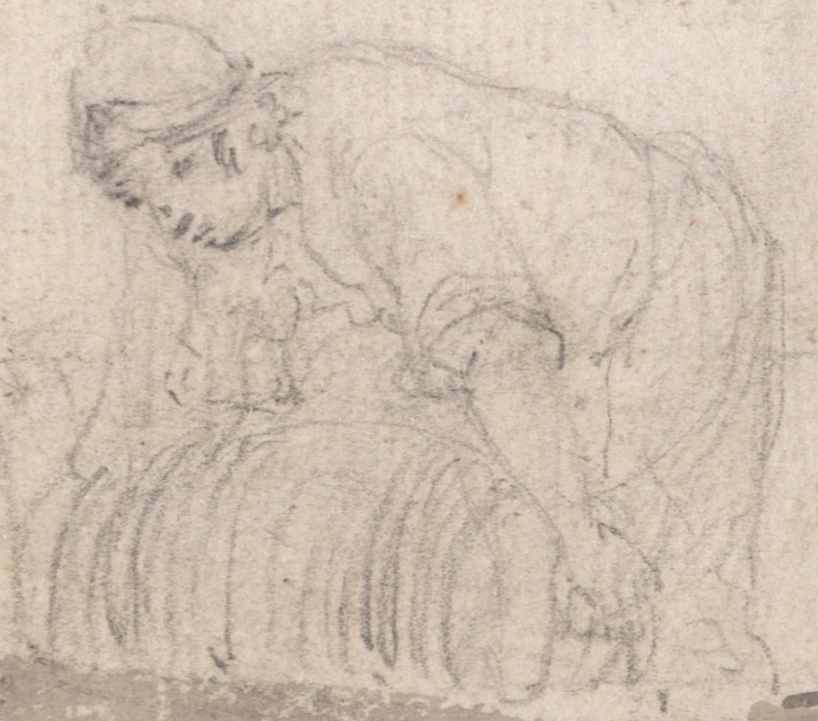 A single unfinished sailor is in the bow of the small boat. He wears his sleeves rolled up past the elbows, and bends over the cask. It appears our jack is wearing a pair of trousers, and a small workcap or knit cap. 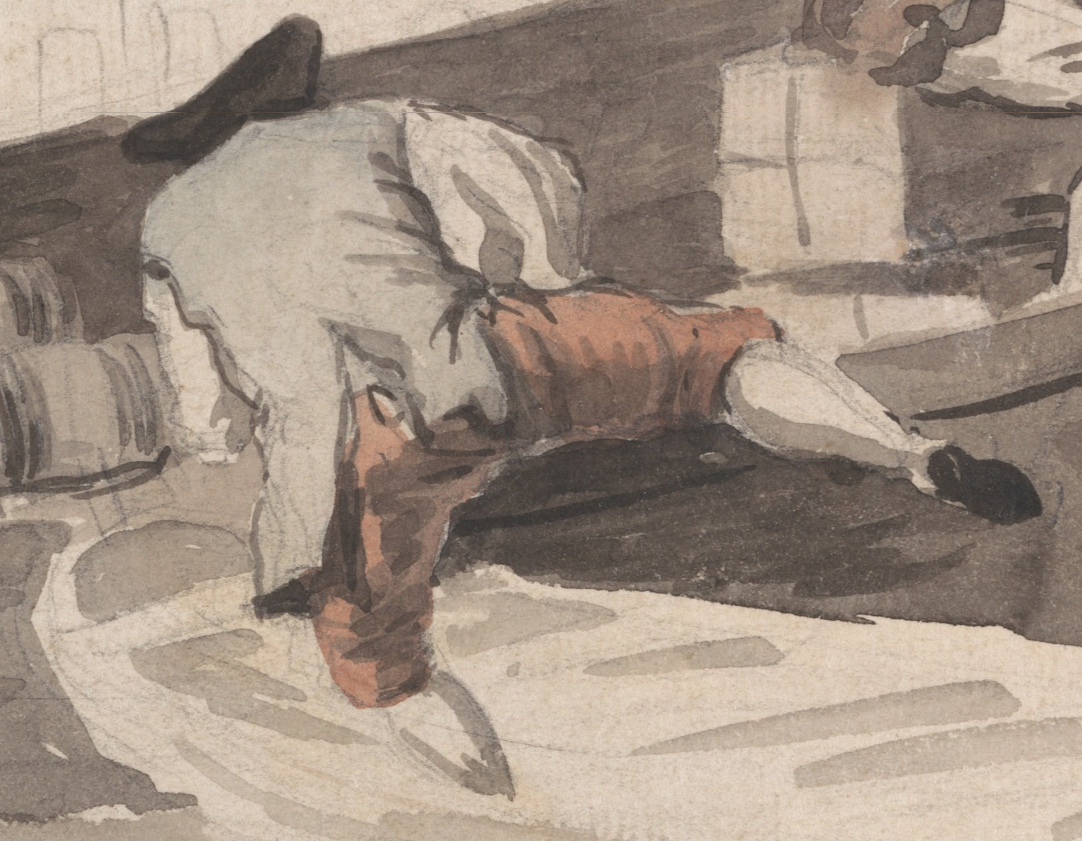 There is considerably more detail on the fellow stepping out of the small boat. He wears a blue waistcoat with a single vent at the back, red breeches, and white stockings. Atop his head is a cocked hat with the point forward. 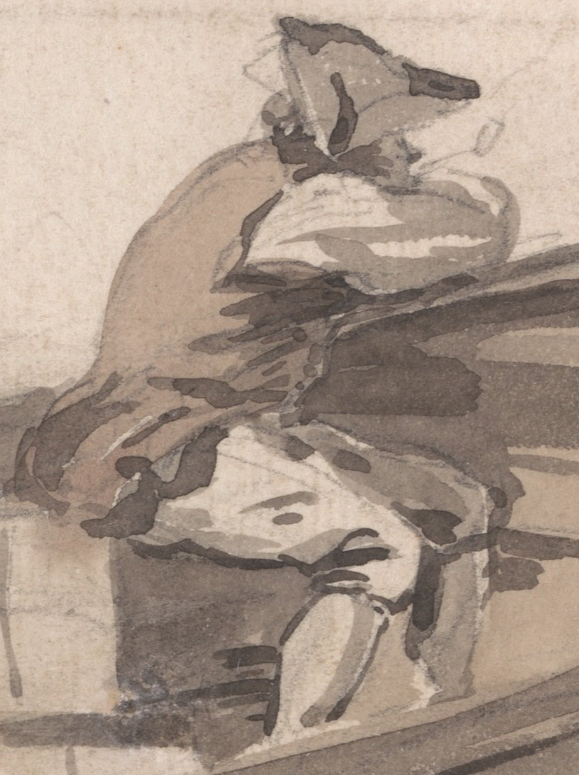 The cox takes a break to smoke his pipe and lose himself in contemplation. He wears a red or brown waistcoat, light colored breeches, stockings, and a cocked hat with the point forward.
Posted by Kyle Dalton at 8:00 AM