The Murder of Kenith Hossack by Captain Lowry, date unknown 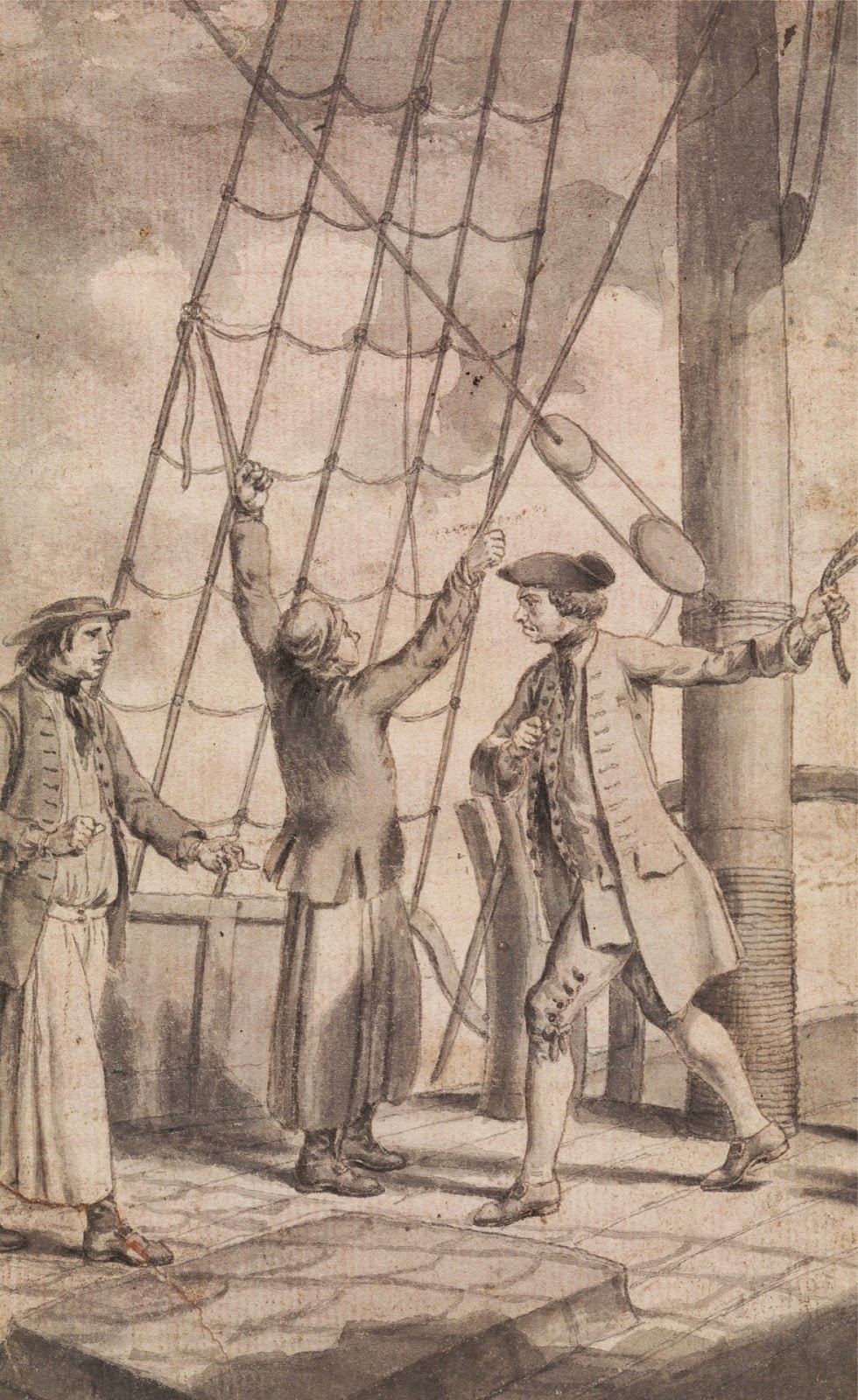 Captain Lowry is the notoriously brutal captain who was hanged for the beating death of a sailor aboard the Molly merchantman. I've featured an image of his crime before, and later found out the print was part of the popular Newgate Calendar. The Yale Center for British Art appears to be in possession of the original drawing from which the print was taken. Samuel Wale drew a number of works, some of which closely match the crimes featured in the Calendar, including this. Given the date of the crime (1750) and the date of Wale's death (1786) we can certainly place the date of the drawing within our period of study, if not more exactly. Hossack's wrists are bound to the shrouds while Lowry lays into him. Hossack wears a work cap, His jacket bears two vents at the back, and if made with scalloped mariner's cuffs. Given that the right lapel of his jacket bears only buttonholes and not buttons, we can reasonably conclude that it is single breasted.

The fellow beside the unfortunate Hossack is presumably James Gadderar, the chief mate of the Molly and star witness in Lowry's trial. Gadderar wears a round hat with a remarkably short crown and brim. His black neckcloth is tied neatly about his neck, and hangs down over his shirt, as he clearly lacks a waistcoat. Just like Hossack, Gadderar wears a single breasted jacket without collar and scalloped mariner's cuffs. 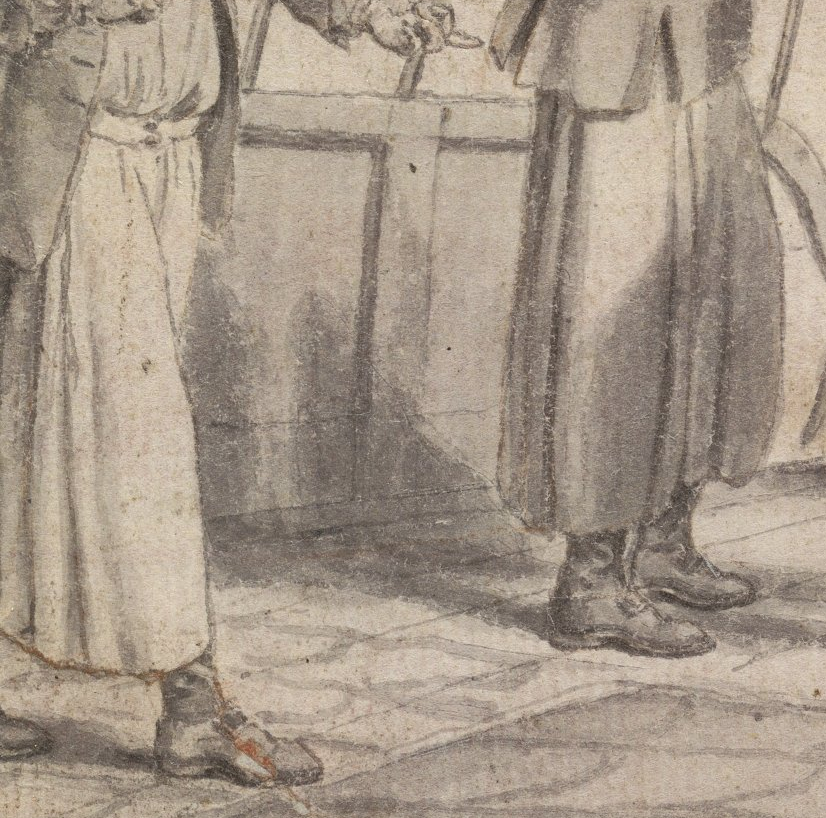 Both sailors wear slops/petticoat trousers with dark stockings and round toed shoes.
Posted by Kyle Dalton at 8:00 AM