Americans throwing the Cargoes of the Tea Ships into the River, at Boston, 1789 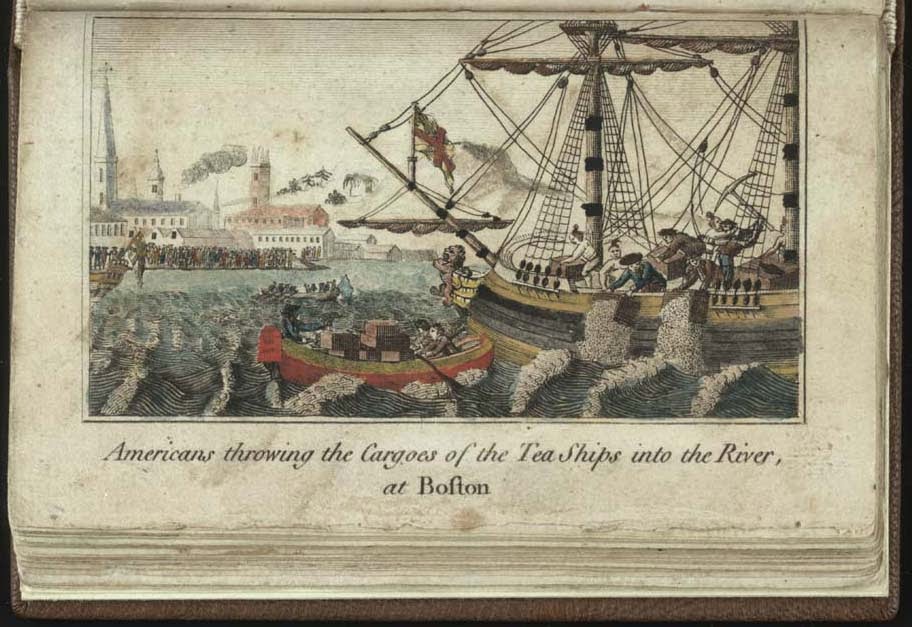 Americans throwing the Cargoes of the Tea Ships into the River, at Boston, artist unknown, 1789, Library of Congress. 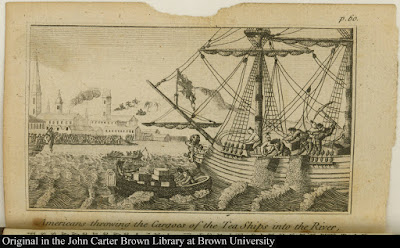 Taken from the book The History of North America by E. Newberry and published in 1789, this print illustrates the tipping point of the American Revolutionary movement: the Boston Tea Party. Colonists in both Indian and sailor's garb climb aboard one of the three tea ships in Boston Harbor (a bay, not a river, as the print states) to toss the cargo into the waves. It is unclear if the ship is the Dartmouth, Eleanor, or Beaver, but the details of the ship itself are less of interest than the clothing of the sailors in this mob. 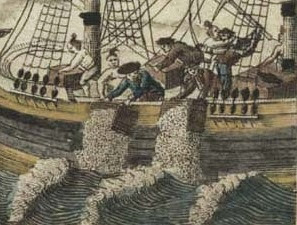 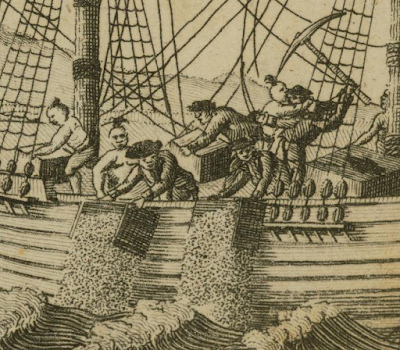 The tars in this piece are dressed mostly in round hats. One exception is seen in the back, where an "Indian" grabs a sailor, perhaps to restrain him from interfering. That sailor wears a cocked hat with the point forward. Our mariners all wear jackets, mostly in brown, though at least one in blue. The details on their trousers, breeches, or petticoat trousers are too sketchy to make any definitive statement beyond their color: brown and blue.

The sailors rowing to the ship, in a boat loaded with parcels for some reason, are similarly attired. The coxswain appears to be wearing a bob wig and cocked hat, one oarsman is hatless, and the other wears a round hat.

We should always be careful in taking any one image at face value, but the engraver gives us another reason to doubt. 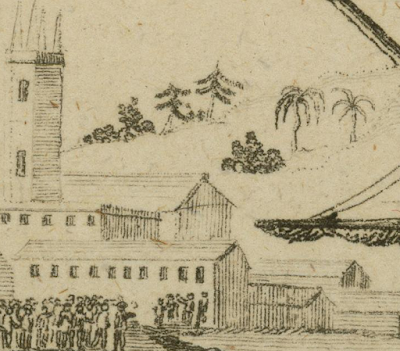 Boston is not well known for palm trees.
Posted by Kyle Dalton at 8:00 AM