The Landing of Captain Roger's Men at California, 1765 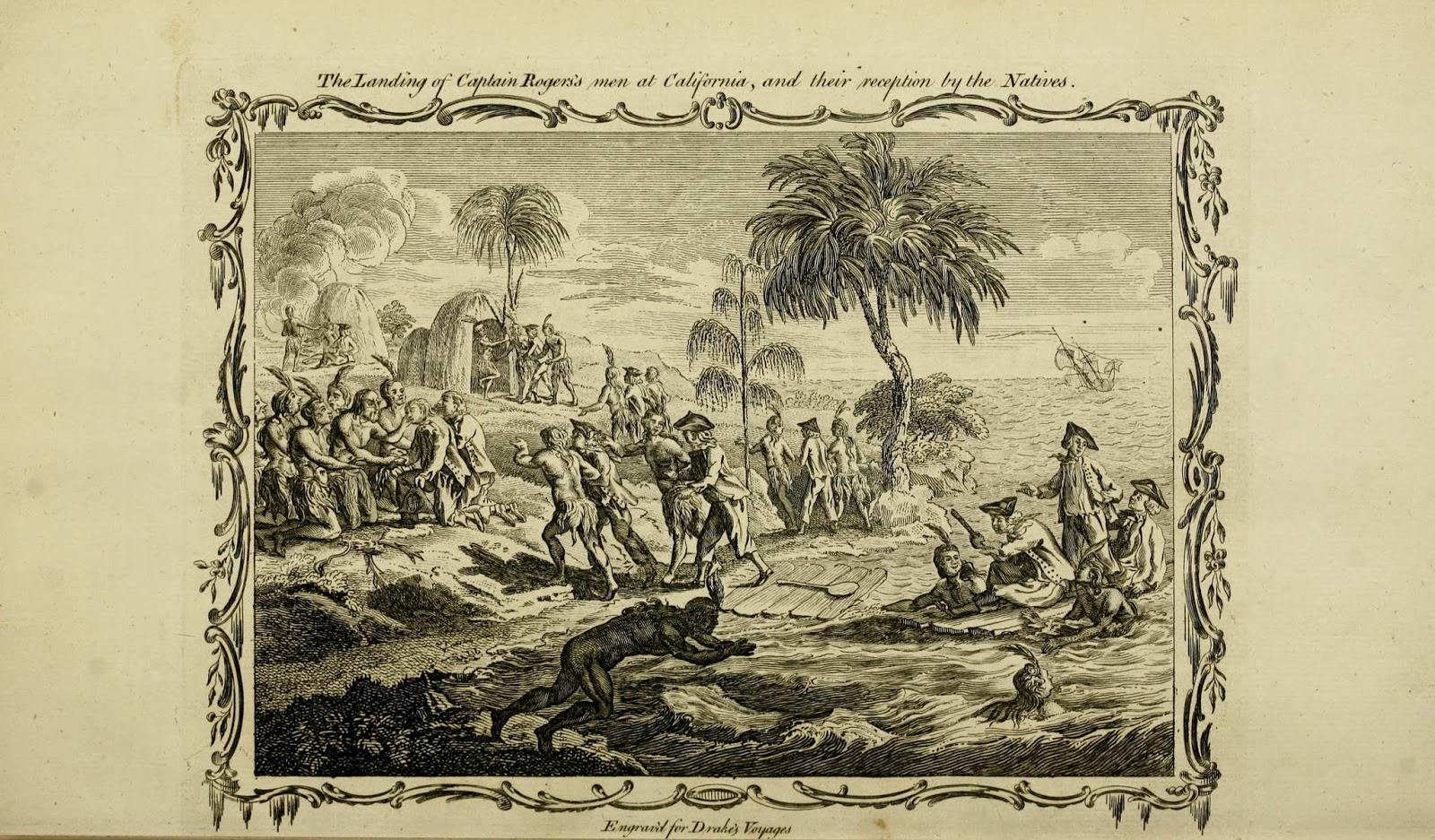 This is the second print of the pirate Woodes Rogers adventures as detailed in the book
A new universal collection of authentic and entertaining voyages and travels... by Edward Cavendish Drake. California, as a far flung and somewhat backwater holding in the Spanish empire, is not the location of any other contemporary image of British sailors. The location alone makes this an interesting piece. 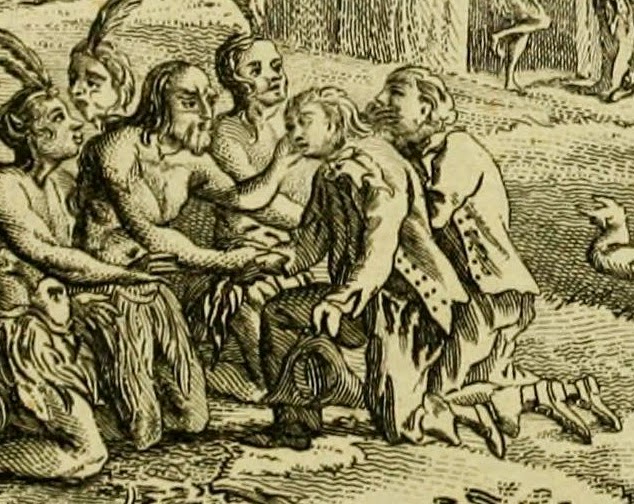 Two sailors are examined closely by the Native Californians, who feel their faces and inspect their clothing. Each wears an oddly double breasted jacket and loose trousers. Neither wears a waistcoat, and both have solid colored neckcloths. The tar in the foreground holds his cocked hat in his left hand. 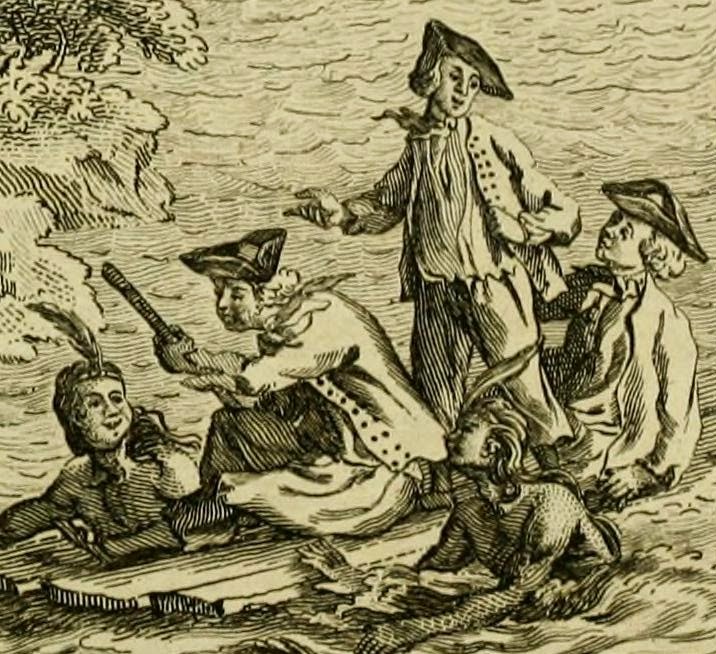 Like their mates ashore, these jacks on the raft wear double breasted short jackets with open cuffs that lack any buttons. The sailor who rows is wearing a pair of slops with his breeches poking from beneath. All three wear cocked hats, with the two forward most
wearing theirs reversed, and the tarpawlin further aft wearing his with the point forward.
Posted by Kyle Dalton at 8:00 AM