Destruction of the Randolph Frigate, 1789 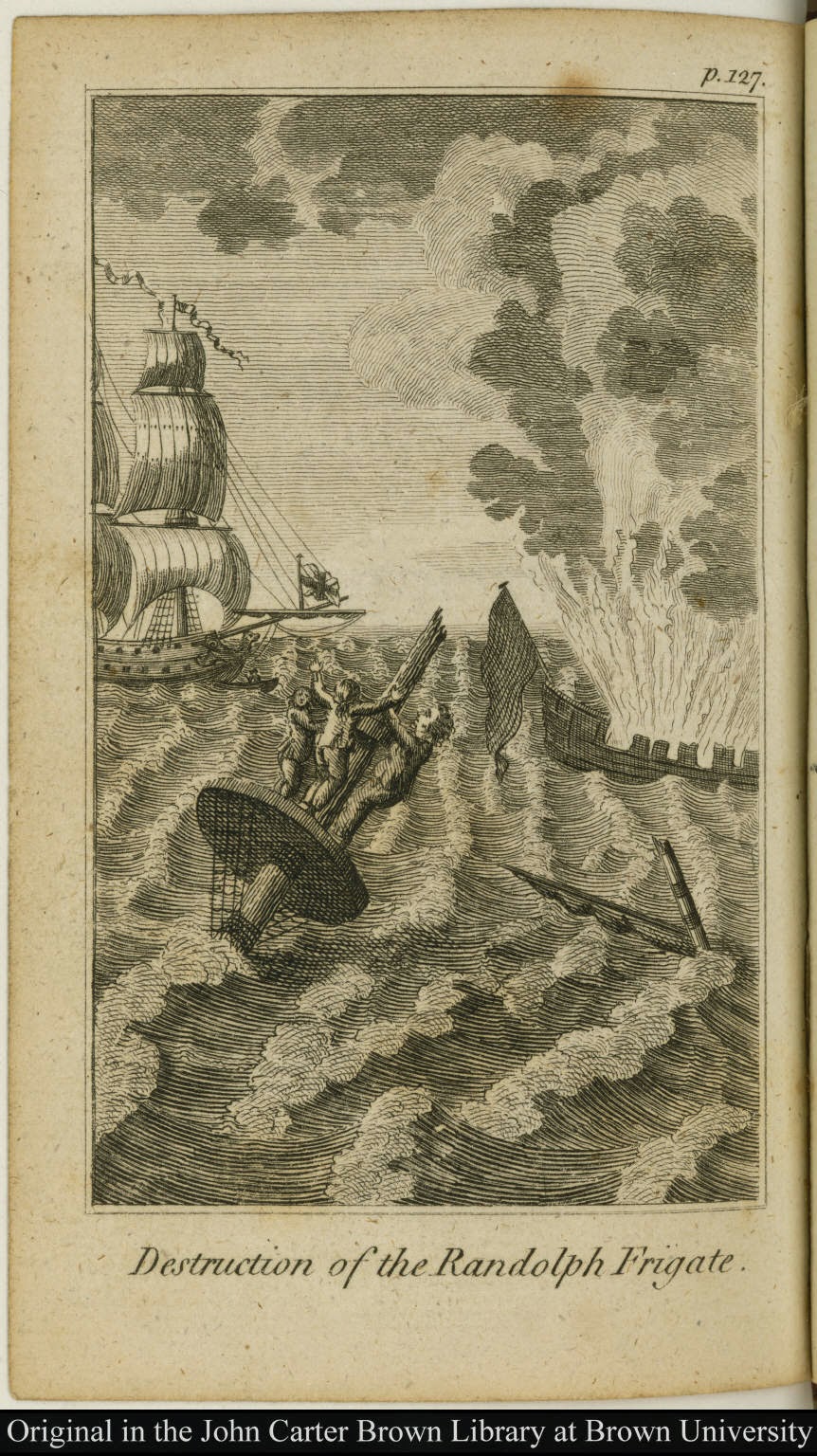 Taken from the book The History of North America by the Reverend Mr. Cooper, this image portrays the death of the Randolph. She was a 36 gun frigate in the service of the Continental Navy under Captain Nicholas Biddle. On March 7, 1778, she was sailing with a small squadron when spotted by the 64 gun HMS Yarmouth. Being late at night (the engagement began around 11:00 PM), Biddle apparently mistook the much more heavily armed ship for a sloop, and opened fire after Yarmouth demanded Randolph hoist her colors. Though the Continental tars handily worked their guns, the battle lasted only fifteen minutes before Randolph's magazine exploded. Over three hundred men went down with her. The very few survivors endured remarkable hardship. Cooper puts it best:


Four men saved themselves upon a piece of her wreck, and subsisted for five days upon nothing more than rain water which they sucked from a piece of blanket they had picked up. On the fifth, the Yarmouth being in chace of a ship, happily discovered them waving. The captain humanely suspended the chace hauled up the wreck, got a boat out and brought them on board.

The printer who created this plate for The History of North America chose to include two different scenes in one: the death of the Randolph, and the rescue of her few survivors. In truth, the Yarmouth was so close to the Randolph that she was significantly damaged by her explosion, not distant as shown in the plate. 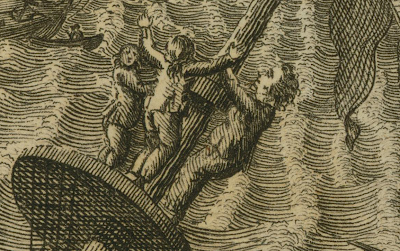 All three of the survivors that we can see wear trousers that end about the ankle. The Jack at the center gives us a fuller view of their length, showing that they fit fairly close to the leg. It also appears that his trousers have a single vent at the bottom. Our sailors also wear short jackets that are double vented with buttons at the top of the vent. The jackets are also fitted with mariner's cuffs that are buttoned shut.

As a side note, I find it fascinating that this piece also includes the Randolph's flag! It is a banner that includes only stripes: no snake, lettering, stars, or canton.
Posted by Kyle Dalton at 8:00 AM