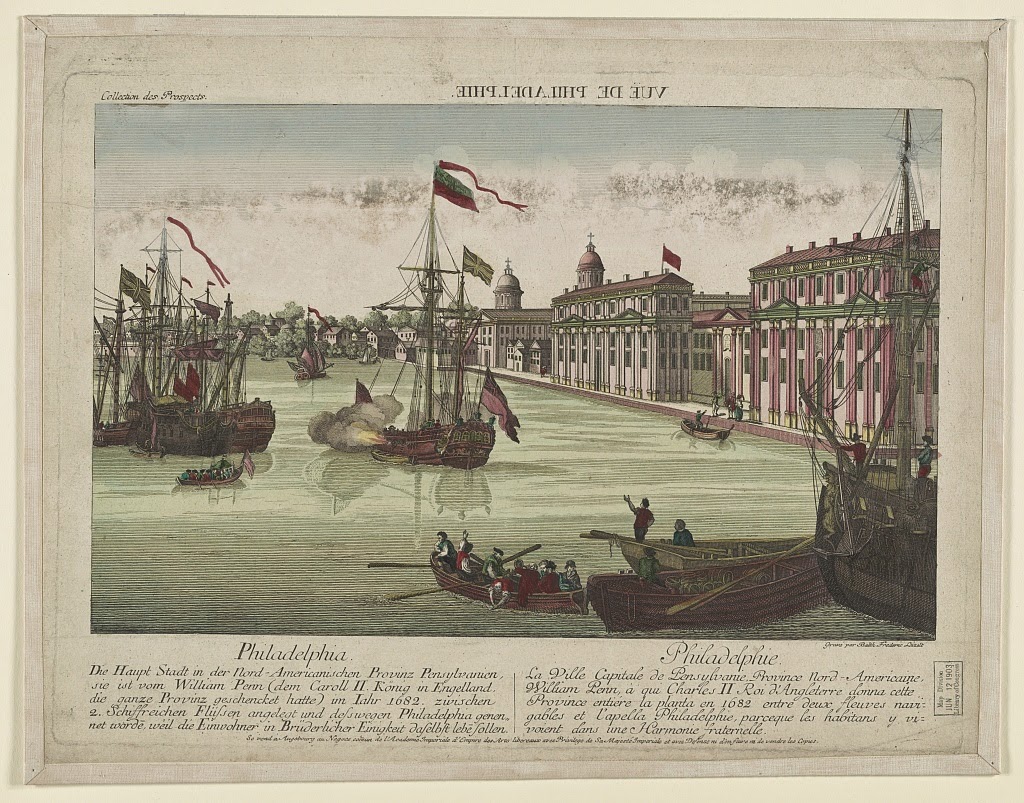 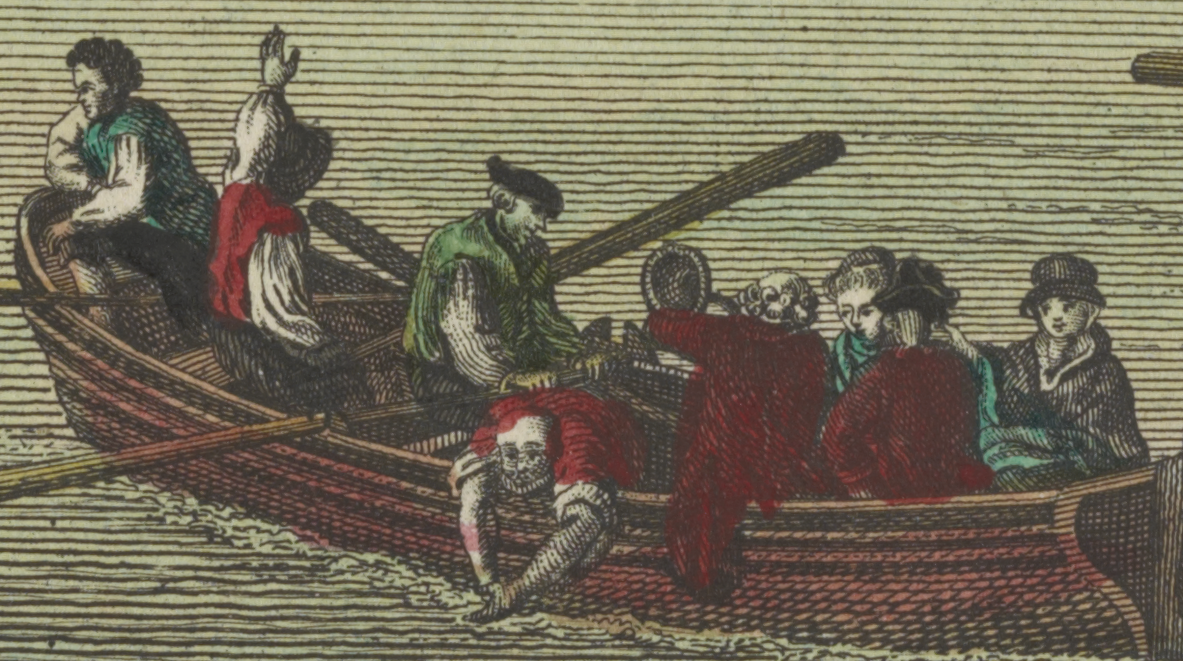 A few gentlemen and ladies crowd into the stern of this boat as the happy oarsmen lead them out to one of the ships at anchor. None of the sailors wear short jackets. Instead, they wear a variety of waistcoats in red, green, and blue. One wears a round hat, the other a reversed cocked hat. 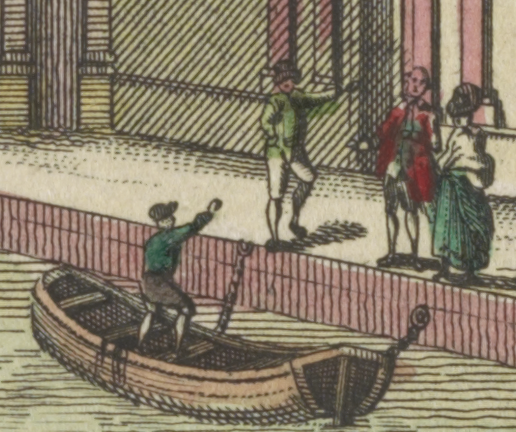 Another sailor stands in his boat, beckoning the gentleman and lady ashore to climb aboard. He does wear a blue short jacket, and a pair of slops. Underneath the slops we can see a pair of breeches and white stockings. He wears a barge cap as well. 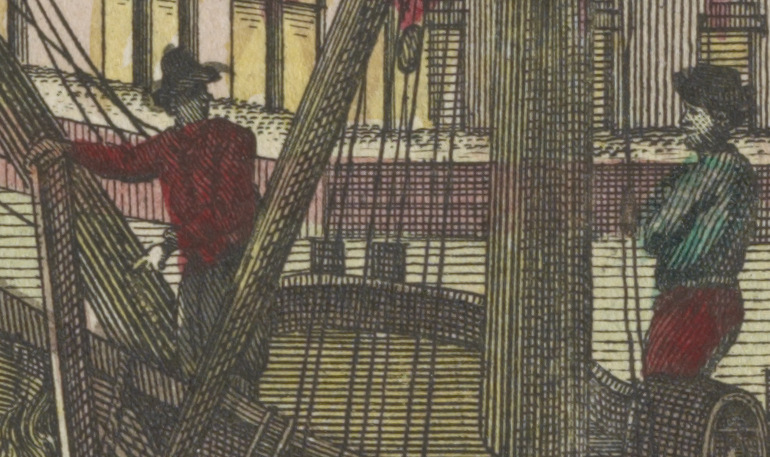 At the bow of some massive vessel at the far right of the frame are a pair of sailors conversing. They both wear round hats and short jackets. One jacket is blue, the other red. They both wear breeches, one of which is bright red. The tar in the red jacket motions toward the boats beneath them, in which a few more sailors ride. 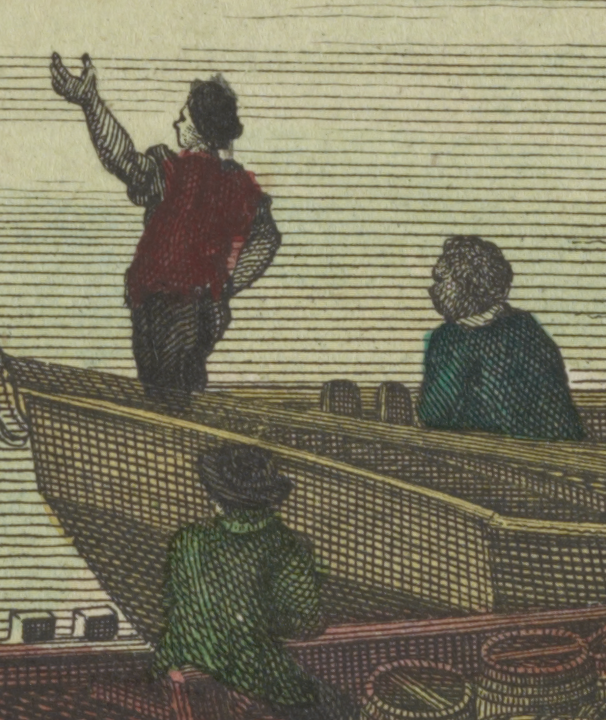 The sailor in the blue jacket appears to be African American, but I can't be sure. the others are largely unremarkable, save for the green jacket in the foreground.
Posted by Kyle Dalton at 8:00 AM