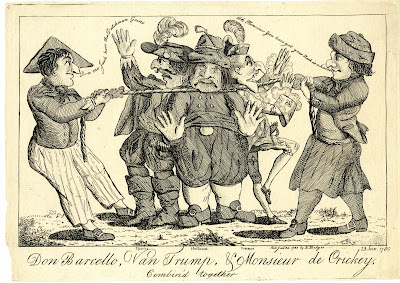 Though clearly not as skilled as other political cartoonists of his time, Cowley joins them in using sailors as manifestations of Britain. Here the British Tars round up the French, Dutch and Spaniards with their trusty line. 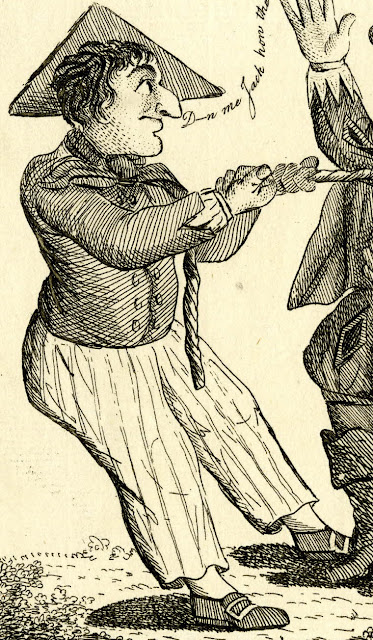 The tar on the left wears a very poorly illustrated cocked hat, looking here like a mere triangle. It is either cocked at a very stark angle, or backward. His neckcloth is dark, probably black, and his jacket is double breasted with cloth covered buttons, ending at the waist and slash cuffs. The trousers are striped and the stockings are white. 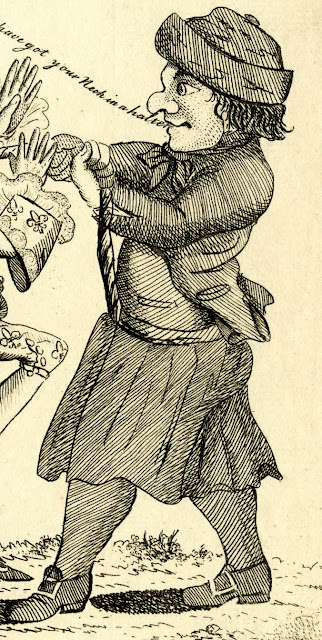 His mate wears a cap. This jack's jacket is different, with waist pockets and buttons at the slash cuffs. The single breasted waistcoat has slash pockets at the waist and ends either at or beneath the slops. Unlike many other slops, this appears to be a darker color, rather than the white or off white that they tend to be. His stockings are black. Both sailors wear round toed shoes with rectangular buckles.
Posted by Kyle Dalton at 8:05 PM