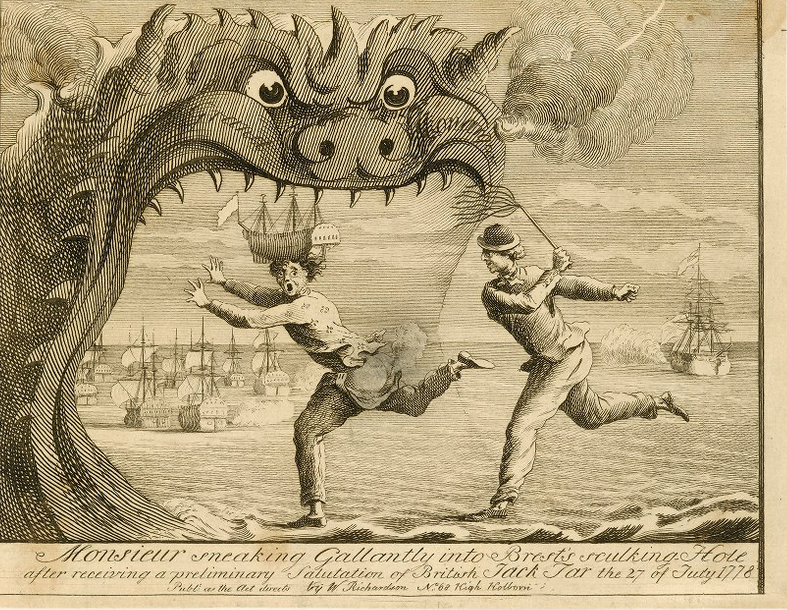 A Frenchman with a ship for a hat and a jacket covered in fleur de lis flees from a British sailor wielding a cat-o-nine into the gaping maw of a monster. The Frenchman is so caught up in his flight that his trousers have dropped, and smoke erupts from his posterior like the guns of the ships in the background. 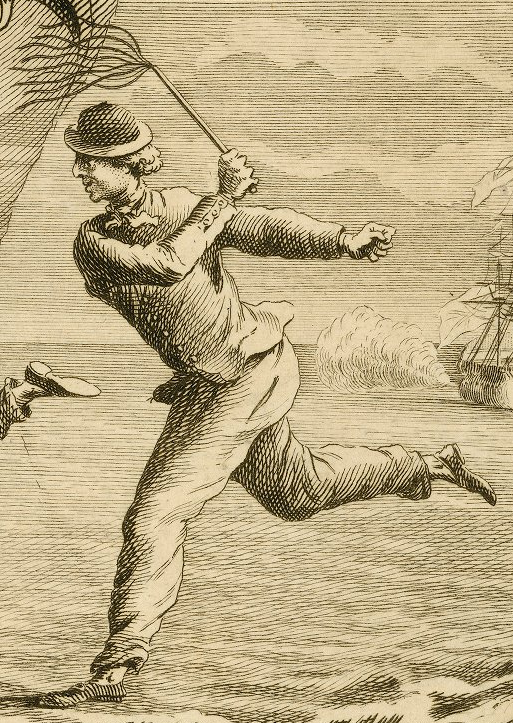 Jack Tar wears a round hat with a narrow brim, and short, loose hair. His neckcloth is a solid, light color, and his jacket is single breasted. Trousers with side seam pockets cut off above the ankle, and he wears no stockings. Jack's shoes are round toed with oval shaped buckles.
Posted by Kyle Dalton at 7:23 AM